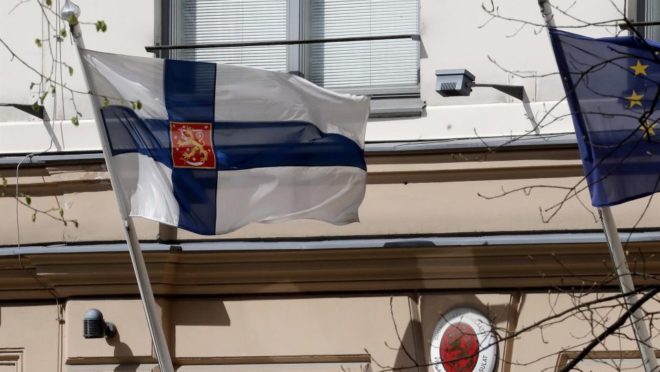 Finland announced this Saturday (14) to the Russian government that it will apply for membership of the North Atlantic Treaty Organization (NATO). The statement was made by the president of the Nordic country, Sauli Niinistö, directly to Vladimir Putin shortly after Russia cut the electricity supply to the neighboring country on the same day in retaliation for negotiations with NATO.

Niinistö explained over the phone to Putin that Russian demands to stop NATO’s expansion in late 2021 and the invasion of Ukraine have fundamentally altered Finland’s security environment. According to the Finnish president, the telephone conversation with Putin was “direct, clear and carried out without tension”.

The Finnish head of state reminded Putin that already at their first bilateral meeting, in 2012, he said that each independent nation tries to maximize its own security and insisted that this is what Finland is doing now.

“By joining NATO, Finland will reinforce its own security and assume its responsibilities. It is not to the detriment of anyone. Finland wants to continue to address the practical problems generated by the border neighborhood in a correct and professional manner,” the statement said.

At the same time, President Niinistö reiterated to Putin his “deep concern” for the human suffering caused by the war in Ukraine and stressed the need to achieve peace.

Finally, he also conveyed a message sent earlier this week by Ukrainian President Volodymyr Zelesnky to try to ensure safety in the evacuation of civilians in combat zones.

Putin told Niinistö that the Nordic country’s renouncement of neutrality to join NATO would be a “wrong” decision. “Putin stressed that giving up the traditional policy of military neutrality would be wrong, as there is no threat to Finland’s security,” the Kremlin said in a statement.

Although expected, Finland’s decision to join the Atlantic Alliance was a bucket of cold water for Russia, which has already threatened Helsinki with technical-military measures.

For his part, Russian Deputy Foreign Minister Alexander Grushko warned on Saturday about the possible deployment by NATO of nuclear weapons in Finland and Sweden, once both countries formally join the alliance. “It is enough to look at the map to understand the importance of the allied expansion for the security interests of the Russian Federation”, he stressed.

While admitting that, so far, NATO has not changed its nuclear policy, its secretary-general, Jens Stoltenberg, said that “nuclear weapons can be placed closer to the Russian border and Polish leaders have assured that they are willing to receive them.” them.”

“If these statements are confirmed in practice, it is clear that it will be necessary to react with the adoption of preventive measures that guarantee a safe deterrence”, warned the diplomat.

Despite the current Russian military intervention in Ukraine, Grushko found it “impossible” to suspect Russia’s hostile intentions against Finland and Sweden, accusations he linked to attempts to “demonize” his country from a political and military point of view.

Moscow, which accuses Helsinki of threatening Europe’s security by opening a new allied flank in the north of the continent, today cut off electricity supplies to the neighboring country allegedly due to problems of non-payment.

Finland’s entry would double the Russian Federation’s border with NATO members. Russia shares 1,300 kilometers of border with the Scandinavian country. Russia currently shares borders with the following members of the Western Bloc: Poland, Norway, Estonia, Latvia and Lithuania, as well as a 49-kilometer maritime border with the United States in Alaska.

Among the countries that have already shown support for Finland’s entry into NATO are the United States, Spain and Portugal. The negotiation, however, could be hampered by Turkey’s position, which is opposed not only to Finland’s accession, but also to Russia’s other neighbor that has already expressed its interest in joining NATO, Sweden.

Food maven. Unapologetic travel fanatic. MCU's fan. Infuriatingly humble creator. Award-winning pop culture ninja.
Previous Benefits of sage: see how good it is for health and learn how to add it to your diet
Next Saúde creates room to monitor acute hepatitis in children; MG has 7 cases – National