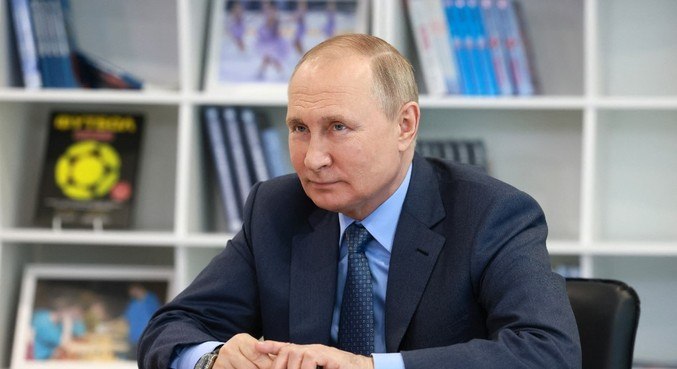 Putin says ending Finnish neutrality will be a mistake – News

The end of Finland’s military neutrality would be a “mistake”, said on Saturday (14) the Russian President Vladimir Putinin a phone conversation with fellow Finn Sauli Niinistö, says a statement released by the Kremlin.

“Vladimir Putin stressed that ending the traditional policy of military neutrality would be a mistake, as there is no threat to Finland’s security,” the statement said.

Finland’s candidacy for joining NATO (North Atlantic Treaty Organization), which Moscow dislikes, should be made official this Sunday (15).


On Thursday (12), the president and prime minister of Finland declared themselves in favor of joining NATO “without delay”. The Finnish candidacy is a direct consequence of the war in Ukraine, and there will likely be a similar demand from Sweden, expected in the coming days.

Russia reacted immediately to the news and considered that “without a doubt” it will be a threat to the country, in the words of Kremlin spokesman Dmitry Peskov. “NATO’s expansion and the Alliance’s approach to our borders does not make the world or our continent more stable and secure,” Peskov told the press.

The two Finnish leaders intend to hold a press conference on Sunday (15) on “decisions involving Finland’s security policy”, at which time the request will be made official.


Currently, 76% of the 5.5 million Finns say they are in favor of joining, according to a survey published on Monday (9). Before the war in Ukraine, support was 25%.

The position sets the trend of the country, which shares a border of more than 1,300 km with Russia, with which it has a history of wars.

Subject to Moscow-enforced neutrality during the Cold War, Finland joined the European Union and NATO’s Partnership for Peace after the end of the Soviet Union, but is not a member of the Alliance.