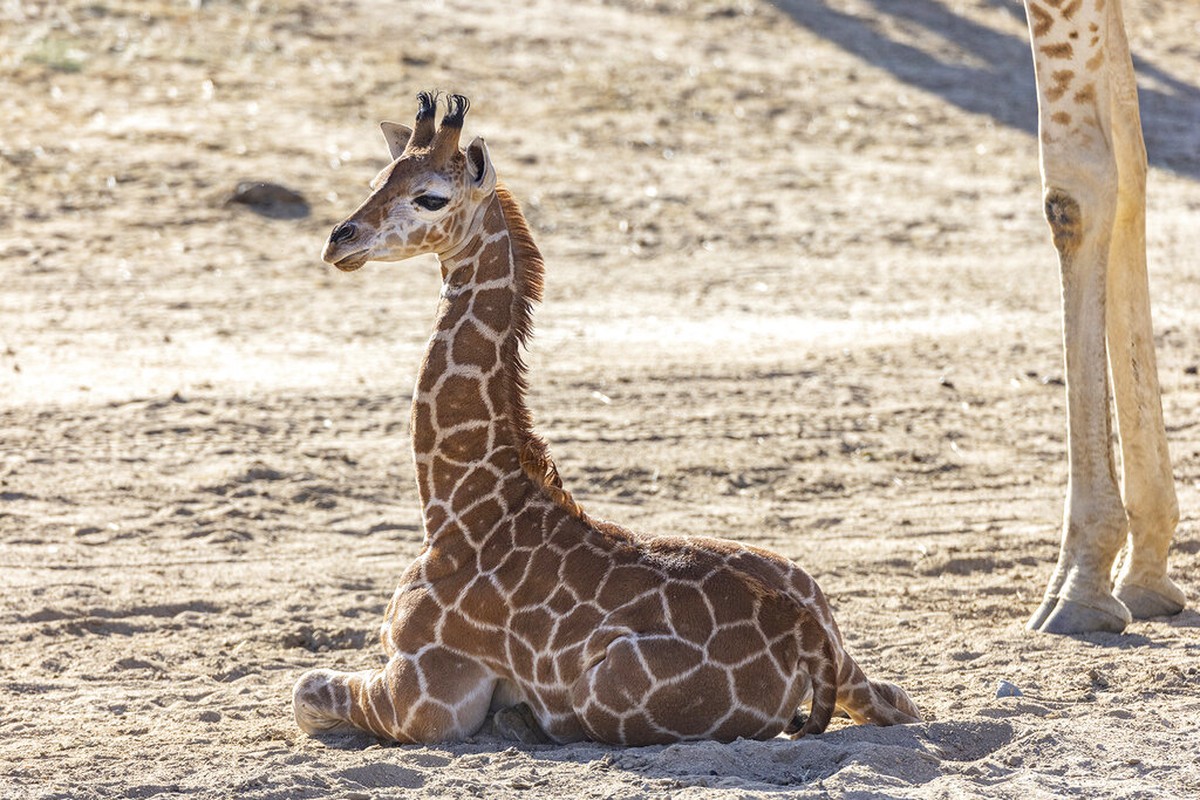 Ara Mirzaian is an expert in creating orthopedic appliances for Olympic athletes and children with scoliosis with 30 years of experience, and starting this year, he can add to his resume that he once had a newborn giraffe patient.

The cub was born on February 1st at the San Diego City Zoo in the United States.

The giraffe’s legs are bent the wrong way. Zoo staff feared that she could die if the condition was not corrected, as the problem with her legs could cause her to not receive initial attention.

The problem was that they had no experience fitting a giraffe’s legs into an orthopedic device. This is especially difficult because the puppy is already 1.78 meters tall and grows every day.

That’s why the zoo turned to Mirzaian’s clinic.

“It was pretty surreal when I heard the story, and I went online and studied giraffes 24/7 until I got here,” he says.

Zoos have increasingly sought out medical professionals who treat people to find solutions for animals, especially in the area of ​​prosthetics and orthotics (such as a splint for a giraffe’s leg).

Mirzaian’s team has already made orthoses for a cyclist and a kayaker who won gold medals at the 2016 Rio de Janeiro Olympics, and has also designed a device for a marathon runner with multiple sclerosis who competed on seven continents.

In 2006, in Florida, a dolphin received a prosthetic tail, which it had lost in a crab trap.

However, making the orthopedic device for the giraffe was a novelty. San Diego Zoo Senior Veterinarian Matt Kinney said the animals are usually treated with plaster, but for more extensive treatment, specialists who work with human patients had to be sought out.

Msituni the giraffe had hyperextended legs. In giraffes, the bones of the front legs are more like arms. The back legs had joint weaknesses, but this was easier to fix.

She was born weighing 55 kilos, so her joints and bones were already overweight since the beginning of her life.

While the orthopedic braces were being built, Kinney improvised with post-op splints, but these were slipping away. Then the giraffe came to use devices for humans that were modified, but it ended up breaking a piece.

Braces need to have a range of motion, but they must also be durable.

To manufacture them, it was necessary to resort to a company specializing in similar parts for horses.

A giraffe is cared for by a group of veterinarians at the San Diego Zoo, USA — Photo: San Diego Zoo Wildlife Alliance/AP

They made a plaster model of the giraffe’s legs, and then, after eight days, graphite orthopedic pieces were produced that have a pattern with the same pattern as the animal’s fur.

The pattern on the print was just for fun, Mirzaian said.

In the end, the animal only needed one of the braces (the other leg was fixed with a medical splint).

After ten days with the device, the problem was fixed.

She stayed in the animal hospital from birth until the vets considered she could be discharged. She was introduced to her mother slowly. The mother rejected her, but other female giraffes adopted her.