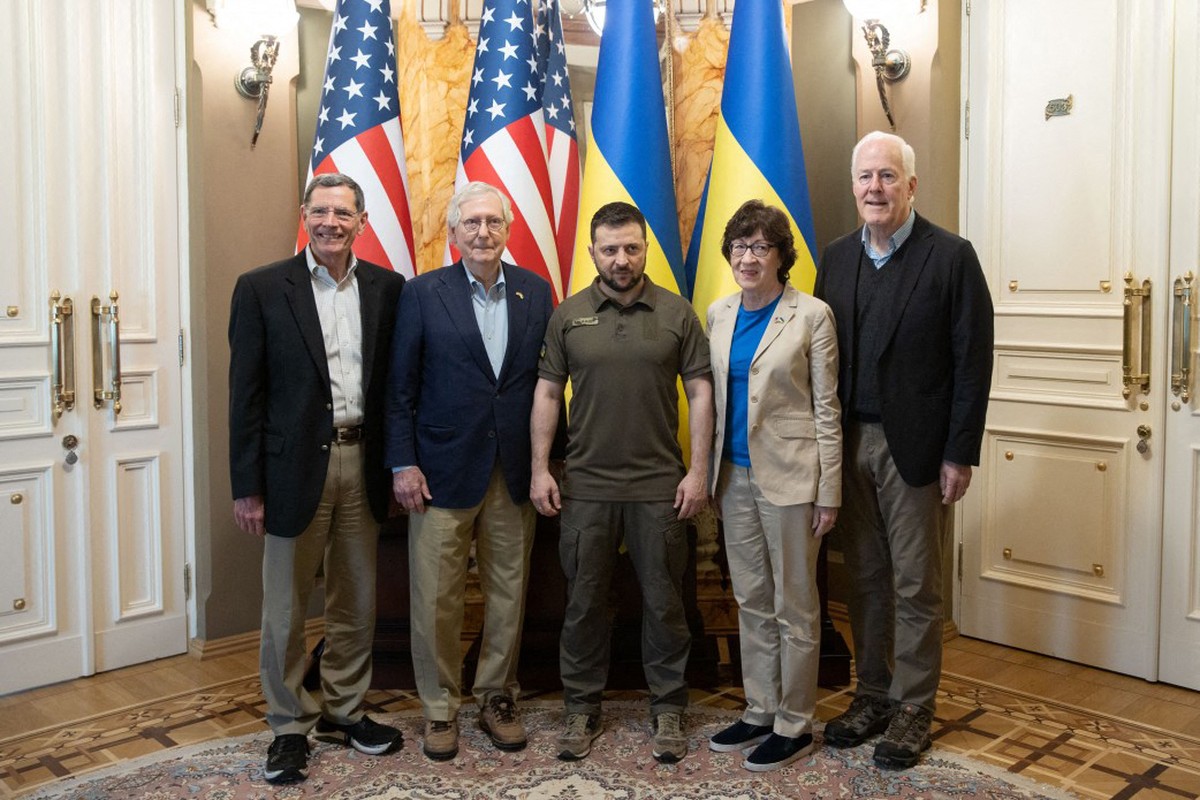 Volodymyr Zelensky meets US lawmakers in Kiev | Ukraine and Russia

Kiev, Ukraine, (AFP) – Ukrainian President Volodymyr Zelensky received in Kiev a delegation of US lawmakers led by the head of the Republican minority in the US Senate, Mitch McConnell, according to a statement released by the Ukrainian presidency on Saturday (14) .

“I look forward to US support for new sanctions. Furthermore, we believe that Russia should be officially recognized as a state sponsor of terrorism,” Zelensky said during the meeting.

He also thanked the United States for its leadership in supporting Ukraine, noting that Washington not only protects its country “but also democratic values ​​and freedoms, the right of nations to freely choose their future.”

In a video speech, Zelensky said that the “visit once again shows the strong bipartisan support for our state, the strength of the ties between the American and Ukrainian peoples” and specified that “financial and military support” for Ukraine and “sanctions against Russia”.

In addition to Mitch McConnell, the entourage included several experienced Republican senators. House Speaker Nancy Pelosi made a surprise visit to Kiev in April, which was not disclosed until a day later.

The US Congress on Tuesday advanced a first step towards unlocking $40 billion for Ukraine, aid that still needs to be voted on by the Senate before President Joe Biden enacts it.