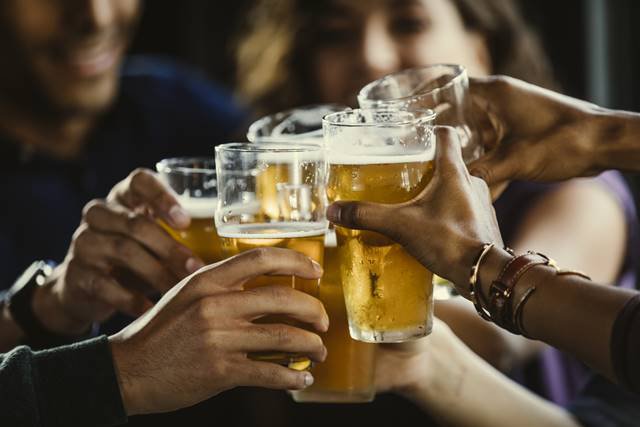 In the pandemic, DF reaches the highest rate of deaths caused by alcohol use

Jenni Smith May 23, 2022 Health Comments Off on In the pandemic, DF reaches the highest rate of deaths caused by alcohol use 9 Views

During the beginning of the Covid-19 pandemic, the Federal District reached the highest mortality rate from excessive use of alcoholic beverages. According to a technical report published by the DF Health Department (SES/DF), in 2020, for every 100,000 inhabitants, 20.2 died from diseases caused by substance abuse.

The regions of Taguatinga, Recanto das Emas and Samambaia are the ones with the highest mortality over the years. Márcia Vieira, manager of Surveillance of Non-Communicable Diseases and Diseases and Health Promotion at SES/DF, explains that the pandemic of the new coronavirus is one of the factors that contributed to the increase in the rate in 2020.

“People stayed at home, more depressed, and consumption became greater and with less control. The diseases considered in this study are those generated by excessive consumption, such as liver cirrhosis and degeneration of the nervous system. The most prevalent areas are in the periphery”, he says.

Drinking too much? Answer 4 questions to assess your alcohol consumption

The manager explains that, considering only the issue of health, there is a maximum of doses of alcoholic beverage that a person can ingest per month, the average would be five doses. “These doses vary per drink, but they are millimeters. In a trip to the bar, it is common to drink much more than that and, thus, have a consumption that is harmful to health”, adds Márcia.

According to the Pan American Health Organization (PAHO), alcohol consumption is a causal factor in more than 200 diseases and injuries. Some of them are:

According to Márcia, in 2019, about 67.4% of teenagers from 13 to 17 years old in Brasilia had already tried alcohol. “Of course, in recent years, that percentage has increased. This group is having more and more contact with this substance and, as the adolescents were two years without face-to-face classes, which is where they learn about the harmful effects of this practice, consumption may have increased,” she says.

The secretary’s report presents some recommendations to be considered by the ministry in order to reduce the problem. Among them, there is the strengthening of support for legislation that regulates and supervises the consumption of alcohol; the promotion of preventive actions in all administrative regions; and focus of social assistance on the population considered vulnerable and with the highest mortality rate.

Currently, one of the ways of fighting the portfolio is the availability of groups of Alcoholics Anonymous. The Psychosocial Care Center for Alcohol and Other Drugs (Caps Ads) assists people over 16 years of age who have intense psychological distress resulting from the harmful use and dependence of alcohol and other drugs. Professionals offer continuous support, including holidays and weekends, in addition to night care.

This center has units in the North Wing; brazlandia; Ceilandia; maned; Itapoã; Paranoá; Planaltina; Recanto das Emas; Fundo Creek I; fern; townhouse; and Taguatinga. The addresses and contacts of each center can be accessed at this link.

She's our PC girl, so anything is up to her. She is also responsible for the videos of Play Crazy Game, as well as giving a leg in the news.
Previous FMS resumes vaccination against Covid, flu and measles this Monday; check out locations
Next Fernanda Pautasso clarifies the main aspects of navigator nurses