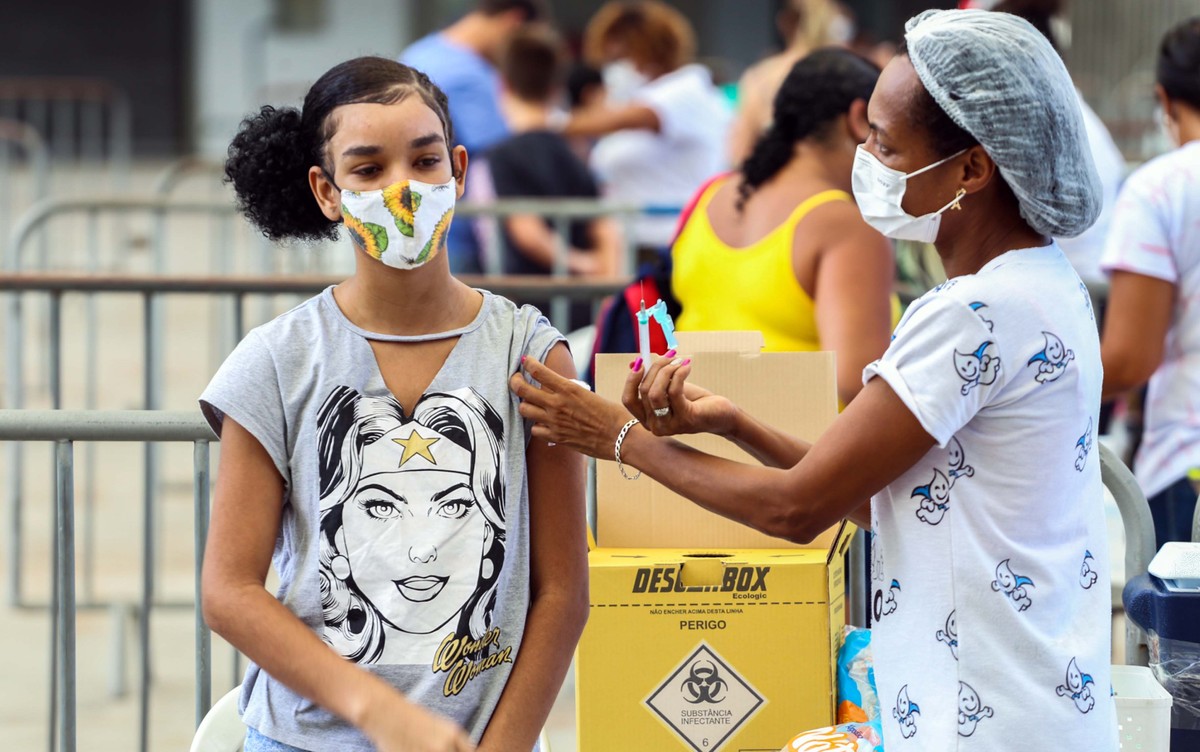 The Prefecture of Salvador, through the Municipal Health Department (SMS) continues the application of the vaccine against Covid-19 on Friday (27).

Immunization will also carry out the “General Released” strategy for the application of the 1st dose in people aged 12 years or older, in addition to the 2nd dose and booster for individuals aged 18 years or older, regardless of being a resident of the municipality, that is, even if they do not live in Salvador or not having taken the doses here, the citizen will be covered. The only requirement is to have the SUS card linked to a municipality in Bahia.

The units also continue with the application of the 4th dose of the vaccine against Covid-19, from now on, with the inclusion of elderly people aged 65 and over. To have access to the immunizer, the elderly person must have an interval of four months from receiving the booster, that is, those who took it until January 26, 2022, in addition to having their name on the list on the SMS website.

The other groups are not included in the ‘Liberou Geral’ strategy, this public must reside in Salvador and have their name on the list on the Municipal Health Department’s website.

On Friday, there is still vaccination for children aged 5 to 11 years with a name on the SMS website list in educational institutions in the capital of Bahia.

CHILD ACCOMPANIED BY FATHER OR MOTHER: It is necessary to have a name on the SMS website and at the time of vaccination, present originals and copies of the identification document with a photo of the father or mother who is present, original and copy of the child’s identification document, and originals of the vaccination booklet and card SUS in Salvador da Criança.

CHILD UNACCOMPANIED BY FATHER OR MOTHER: You must have your name on the website and at the time of vaccination you must be accompanied by another person over 18 years of age.

The Vaccine Form is available for printing at the link. NOTE: Exceptional cases related to failure to submit complete documentation will be dealt with individually at the time of vaccination, as has been the case since the beginning of the strategy.

Check out the schedules for Friday (27):

Requirement: the person concerned must be 12 years of age or older, having already taken the three doses of the vaccination schedule, having taken the third dose by 01/26/2022. In addition, you must have your name on the SMS website.

Requirement: the person concerned must be 65 years of age or older, having already taken the three doses of the vaccination schedule, having taken the third dose by 01/26/2022. In addition, you must have your name on the SMS website.

She's our PC girl, so anything is up to her. She is also responsible for the videos of Play Crazy Game, as well as giving a leg in the news.
Previous Geap increases 2.26%, but ‘regulator’ ANP exaggerates with 15.5%
Next Report points to mental disorder in young man who stabbed a colleague to death in Niterói mall | Rio de Janeiro