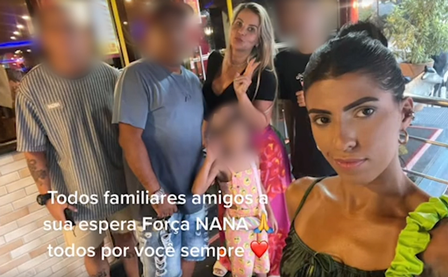 Medical staff who treated stepdaughter did not suspect poisoning

Jenni Smith May 28, 2022 Health Comments Off on Medical staff who treated stepdaughter did not suspect poisoning 3 Views

In statements given this Friday, part of the medical team that attended Fernanda Cabral two months ago said that they did not suspect that she was a victim of poisoning, not even when she arrived at the hospital emergency room or during her stay at the unit’s ICU. The 22-year-old’s body was exhumed for police to analyze whether she died after being poisoned. Stepmother Cíntia Mariano Dias Cabral is arrested on suspicion of killing the young woman and trying to poison Fernanda’s brother two months later.

EXTRA had access to the statements of three professionals who participated in the care of Fernanda Cabral during her hospitalization at the Albert Schewitzer municipal hospital. They provided clarification at the 33rd DP (Realengo), which is investigating the case. One of the doctors who attended to the young woman told the police that in Fernanda’s medical records, “the hypothesis of intoxication was raised”, but that it should be confirmed and investigated “by the patient’s history (information and facts brought by family members, signs and symptoms).” The same professional stated that it appears in the medical record that the family members reported that the young woman used protein powder, a food supplement.

Another doctor who participated in the emergency care for Fernanda also told the police that Cíntia Mariano, her stepmother suspected of poisoning her,

The medical coordinator of the CTI where Fernanda was hospitalized said that the young woman’s case surprised him the moment she arrived on duty because she was “young and appeared to be in good health, with no history of comorbidities”. The professional also stated that he talked to the young woman’s parents during hospitalization and that “at no time did they raise the possibility of poisoning”.

The doctor said he questioned whether Fernanda used substances to gain muscle mass and performance or other medications, but the parents said that their daughter followed a diet with supplementation with a follow-up.

Fernanda Cabral was admitted to the hospital emergency room on the night of March 15 with a sign of “gasping” (intense difficulty breathing). The young woman had her eyes open but did not interact with the medical team. Because of her serious condition, she was intubated and taken to the unit’s ICU.

The doctor who intubated Fernanda also testified and told the police that she did not notice any unusual signs in the patient. According to the professional, the young woman had no fears or excessive salivation when she was seen. After a cardiac arrest, the doctor ordered a blood test and CT scan. The agents questioned whether there was a need for an examination of Fernanda’s stomach fluid, but the doctor stated that the hospital does not perform this type of examination.

The emergency doctor also stated that she was informed by a teammate, who she does not remember, kept in touch with Cíntia during Fernanda’s care. The stepmother would have said that the young woman had dinner after arriving from the gym and did not know if she used anabolic steroids but would ask her daughter, who Fernanda was friends with.

She's our PC girl, so anything is up to her. She is also responsible for the videos of Play Crazy Game, as well as giving a leg in the news.
Previous Chief answers Kátia Abreu: ‘we don’t want old clothes, we want health, education and drinking water’
Next Monkeypox cases could be ‘tip of iceberg’, says WHO