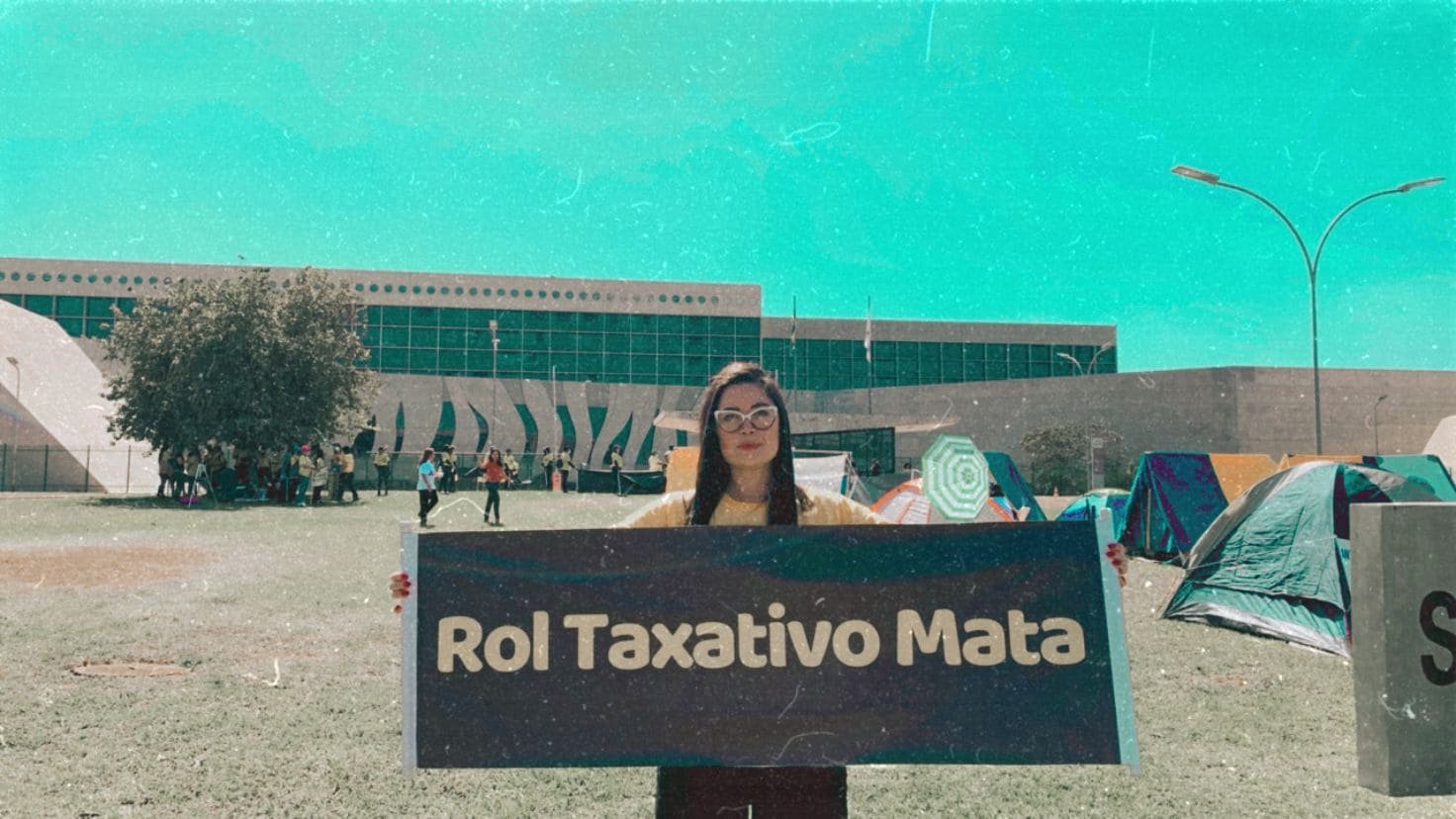 Camila Pinheiro de Almeida has a 7-year-old daughter, Rebeca, who is autistic and also suffers from Rett syndrome, a disease that makes coordination difficult, causes loss of movement and problems in the growth of the skull. Rebeca has seizures and needs an iron infusion at the hospital. Among the therapies that have alleviated the child’s condition is also the use of cannabidiol.

But to guarantee these medications and therapies for her daughter, Camila has resorted to the Judiciary, which obliges her health plan to cover, at least, part of the cost of this treatment. The mother had been waiting for authorization from the health plan operator to see one of these treatments released for her daughter. And, the day before yesterday, the day after the STJ released the coverage of procedures outside the National Supplementary Health Agency (ANS) list, Camila was surprised by the refusal, which caused her the fear of seeing Rebeca’s treatment compromised.

“For a year and a half, with the use of this medication and therapy, she has been able to crawl, she already uses her hands, even for seconds, she can babble, she identifies what she wants. In other words, there was a lot of improvement” – Camila told the Noblat Blog.

The health plans are already in place and ready to overturn the injunctions obtained by users for access to treatments outside the ANS list. Although the court decision in favor of the establishment of the so-called exhaustive list provides for exceptions, mothers and fathers are apprehensive about what is to come.

Knowledgeable on the subject, lawyer Alexandra Moreschi presides over the OAB’s Right to Health Commission in the Federal District. For the specialist, the decision of the STJ will make it difficult, yes, to obtain injunctions that allow treatments outside the role provided for by the regulatory agency.

“I would say it is to despair, but calmly. Is the decision bombastic? It is yes. Will it have a big impact on people’s lives? Yup. But it doesn’t mean that everything will end and we’ll cry in our corner. There are several possibilities to turn to. It will be more difficult to get injunctions, it will be necessary to look for a more specialized lawyer. The world did not end and not all doors were closed” – said Alexandra Moreschi.

In the lawyer’s opinion, it will be difficult for Justice to deny a treatment or medication to a patient who has already tried all clinical alternatives, if the ANS list has already been exhausted.

“If there is an alternative treatment, which is not listed in the official list, it cannot be denied. It may be more complex to obtain the concession of use, but at some point it will be granted” – completes Moreschi.

Andréa Medrado, an atypical motherhood activist, is the mother of Maria Flor, a 5-year-old girl, who has Pitt-Hopkins syndrome and a non-oralized autistic child. Flower does not speak. This condition makes the girl need a series of therapies and treatments, most of which are not on the ANS list accepted by health plans.

“The moment is now one of apprehension, it is frightening. And we are distressed. It is not known what will happen. Before, she knew she had a chance by going to court. Now, it’s anyone’s guess. This decision was very unfavorable and will impact a lot on people’s lives. In the case of my daughter, who is autistic and has a rare syndrome, long-term, uninterrupted treatment is required. And many of them are not on the ANS list, which is already very outdated. The plans do not want expensive treatments to be on this list” – said André Medrado.

Also an expert on the subject of health plans, lawyer Rafael Robba, from Vilhena Silva Advogados, believes that it is still too early to know the extent of the STJ’s decision. He stated that the court’s understanding is not binding, that is, it does not oblige the courts to apply it immediately.

“The decision still leaves gaps for cases in which the ANS list does not meet the patient’s needs. It must be understood that the courts have never given a blank check to the consumer. I was already analyzing it on a case-by-case basis, how it will continue to be for those who need treatment outside that relationship” – said Rafael Robba, who, with the court’s decision, started to receive contact from his concerned clients.

“It is the right of operators to appeal against injunctions granted, but I don’t know if they will succeed. Courts have always had a lot of serenity and responsibility in this matter. We had no record of an injunction revoked as of this decision by the STJ. It would be too hasty. The doors were not closed to the consumer” – added Robba.

She's our PC girl, so anything is up to her. She is also responsible for the videos of Play Crazy Game, as well as giving a leg in the news.
Previous Elmo helmet, used in Covid cases, can be incorporated into SUS treatments, says Ceará Health Department | Ceará
Next In Brazil, people with resistant depression use ketamine; how does she act? – 06/10/2022