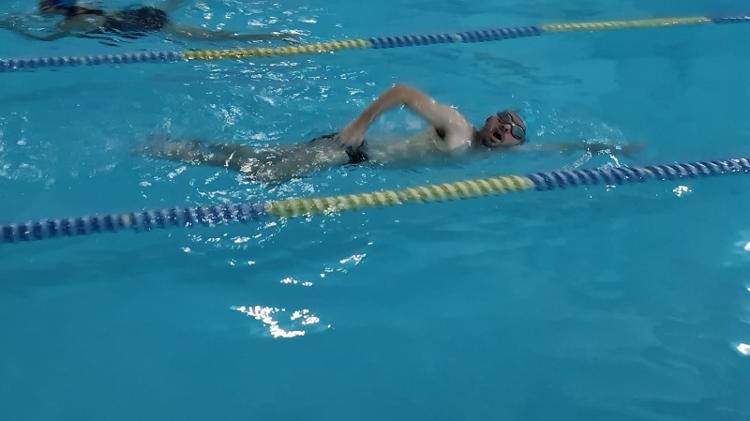 Jenni Smith 3 weeks ago Health Comments Off on A lot of pain and no diagnosis: he even thought about amputating arms and legs – 06/12/2022 8 Views

With daily pain and unable to sleep well, Samuel Oliveira, 44, took five years to discover that he has a chronic inflammatory disease called ankylosing spondylitis, which causes pain in the spine and always gets worse at night. During a crisis, he took his own life to end the pain, but he managed to overcome it and today he is engaged in raising awareness about the disease and helping other patients. Next, he tells his story:

“The first symptoms appeared when I started to feel severe pain in the spine, at night, at bedtime. At the time, I was 23 years old, I worked as a health agent and I thought it was because of the heavy equipment I carried in my backpack.

At 24, I moved from Bahia to São Paulo in search of new professional opportunities, I wanted to get a job with less physical effort, imagining that this could alleviate the pain. I got a job as a general service assistant at a gym, then went to work as a janitor and started physical education college.

At this stage, the pains returned, but this time they were in the right ankle. I went to the hospital thinking it was a sprain, but the doctor said it was tendinitis, gave me medicine and sent me home.

From then on, the pains didn’t stop and appeared in different places, in the left knee, fingers, toes, hip – these regions became hot, sensitive and swollen.

I went to general practitioners and orthopedic specialists in the foot and ankle, but they always said the same thing, that it was tendinitis, tenosynovitis, and that the pain was due to overloading other joints. They indicated physiotherapy, plaster and medication, but nothing helped.

The pain was daily, intense and started to affect my daily life and my mobility. I had to use crutches because I could no longer walk without support. This made it impossible for me to take the practical classes at the physical education college and generated bullying from colleagues who called me ‘quebradinho’ and ‘aleijadinho’.

Over time, I’ve had four major crises. In one of them, he didn’t sleep well because of pain, he woke up several times at dawn and only got up in case of extreme need, to go to the bathroom or get food. I even thought about asking one of the doctors to amputate my arms and legs.

One night, in an act of desperation, I attempted my own life. All I wanted was not to have to wake up the next day, but I woke up and went to the emergency room at Hospital das Clínicas de São Paulo, where I was treated.

After telling my history of pain, the on-call doctor who saw me said that my case was rheumatologic. I was referred to another hospital where I started an investigation, did some specific tests and was diagnosed with seronegative spondyloarthropathy, a group of diseases that affect the spine and joints.

With an inconclusive diagnosis and not knowing exactly which disease in this group I had, I underwent a new treatment, which was not very effective.

Four months later, the rheumatologist ordered new tests and, at age 28, I discovered that I have ankylosing spondylitis, a disease characterized by causing inflammation in certain structures of the spine and also in joints, which can generate pain in other parts of the body.

The first question I asked the doctor was: ‘I’m a physical education student, will I be able to practice my profession?’. He only replied that Beethoven was deaf and a musician.

I needed to know this because the future of my career was at stake, my goal was to graduate, return to Bahia and open the first academy in my city. I was thoughtful with the doctor’s answer, I went home and looked for everything I could about the disease, but I found very little, a booklet from the Brazilian Society of Rheumatology and a group on Orkut of patients with the disease.

As I started to read foreign articles and understand more about the condition, I created a website with the aim of transmitting information, telling how I deal with the disease and exchanging experiences with other patients.

Currently, I participate in meetings and initiatives to raise awareness of ankylosing spondylitis.
Over the years, I have adapted to the changes that the disease has brought me. I majored in physical education, but job doors never opened for me. I am a volunteer, I write for the blog and I manage the social networks of the group of rheumatic patients in Ribeirão Preto (SP), but I would like an opportunity to work as a swimming teacher — I practice this sport every day and do water aerobics twice a week .

Due to the late diagnosis and correct treatment, I was left with some sequels and limitations. I can no longer do exercises using my arms and legs, I can’t drive, my right foot is dropped (I don’t lift the toe anymore), I walk with a limp, my wrists are compromised and I have pain in the lumbosacral spine. Today, I am treated with biological drugs to control the disease.

After so many years living with ankylosing spondylitis, one thing I learned is that accepting the disease is not surrendering, but recognizing that it exists and trying to face it in the best way possible.”

Ankylosing spondylitis is a chronic inflammatory disease that affects young individuals, aged 20 to 40 years, mostly men. It is multifactorial, has a genetic component associated with environmental exposures that can trigger the immune system, such as infections, changes in the intestinal microbial flora and smoking.

The main symptom is pain in the spine, predominantly in the lumbar region. Discomfort can often be seen as a result of day-to-day activities, however, the pain of ankylosing spondylitis has a striking feature: it is daily, worse at night — it can wake the individual from sleep — or in the morning, causing a feeling of morning stiffness.

Symptoms usually improve throughout the day as the person comes out of the resting state and moves around. Other symptoms are pain and/or swelling in lower limb joints and recurrent tendinitis.

The diagnosis is made from the identification of a set of signs and symptoms of chronic low back pain combined with imaging tests, such as radiography and/or magnetic resonance imaging, as well as laboratory tests.

The pain and swelling in the joints provide a clearer clue for the patient to be referred to the rheumatologist, the specialist most familiar with the disease — the journey to him is often long and challenging.

At first, low back pain caused by the disease can be confused with poor posture, contractures and muscle strains, so it is common for people to look for orthopedists and/or clinicians.

It is important that the patient pay attention to their pain and seek medical help when they realize that the symptoms are “out of the ordinary”. The earlier the correct diagnosis, the better the treatment result.

The treatment of ankylosing spondylitis consists of the use of anti-inflammatory drugs, conventional drugs to modulate the immune system and the use of immunobiological drugs that specifically block certain proteins of the inflammatory cascade and manage to control the disease.

Regular physical exercise and smoking cessation are also practices recommended by the rheumatologist, the specialist best suited to diagnose and monitor the patient with ankylosing spondylitis.

In addition to pain, there may be physical limitation due to changes in joints and ligaments that result in decreased range of motion, ankylosis. The threat of losing physical and motor independence can have a negative impact on the person’s mental health, with anxiety and depression disorders.

Ankylosing spondylitis has no cure, but it has control, allowing the person to lead a normal life. The correct use of medications combined with a balanced diet and the regular practice of physical exercises, aimed at stretching and strengthening to maintain good movement capacity, contribute to a better quality of life.

If you have suicidal thoughts, seek specialized help such as the CVV (Life Appreciation Center) and Caps (Psychosocial Care Centers) in your city. The CVV works 24 hours a day (including holidays) by phone 188, and also responds by email, chat and in person. There are more than 120 service stations throughout Brazil.

She's our PC girl, so anything is up to her. She is also responsible for the videos of Play Crazy Game, as well as giving a leg in the news.
Previous Leaked! Galaxy Z Flip4 5G appears in hands-on video revealing design and specs
Next Number of people with health plans grew 5% in the pandemic 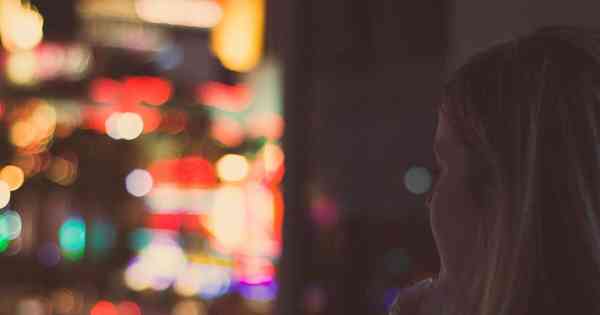 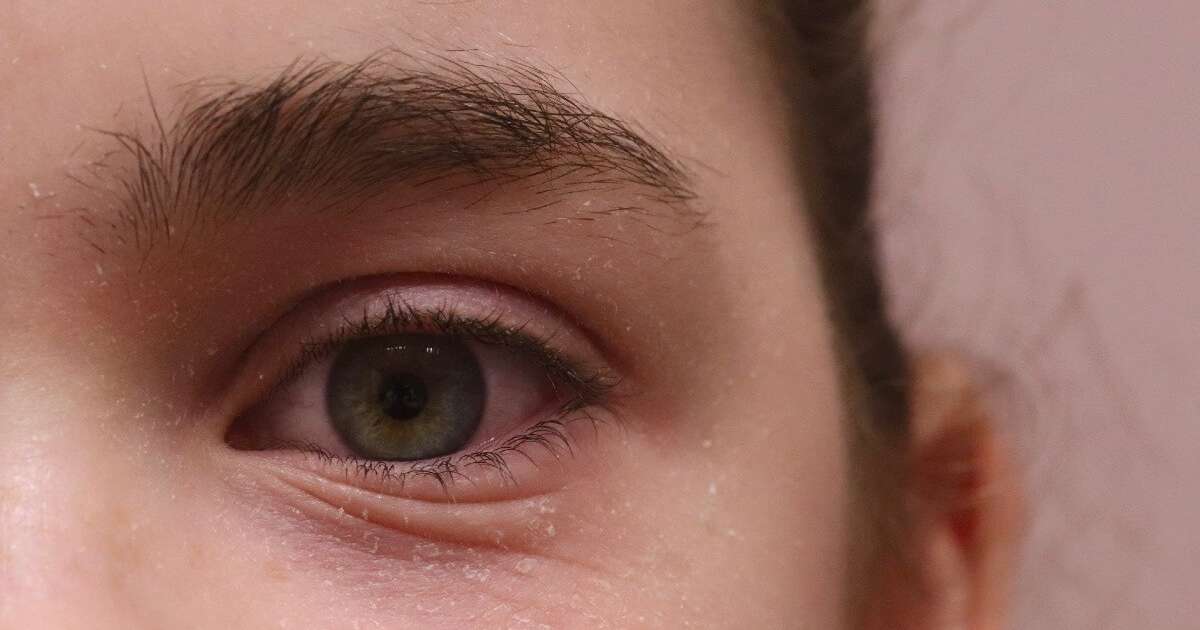