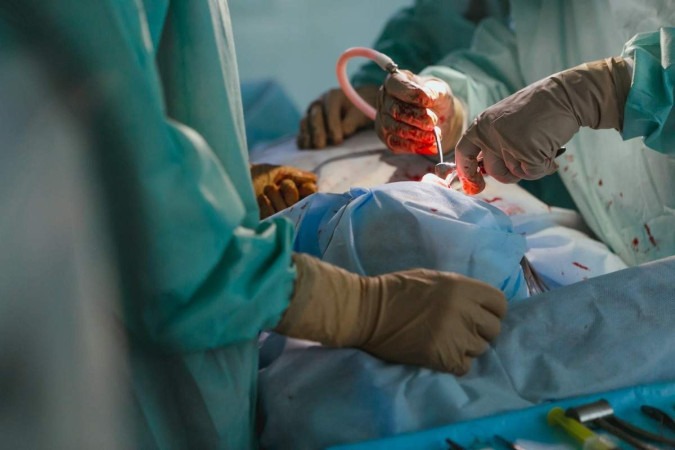 The Superior Court of Justice (STJ) determined that health plans must offer users only the procedures listed by the National Supplementary Health Agency (ANS), the so-called exhaustive list. In practice, most services will continue to be covered by the agreements. However, there is a limitation of novelties and innovative solutions, which may harm some treatments, especially for people who have unusual diseases or disabilities.

The list of ANS with more than 3,700 procedures had been considered exemplary by most judicial decisions on the subject. This means that patients who had procedures that were not on the list could appeal to Justice to expand care.

Thus, procedures or medications that were similar to those that were already planned were added to the health plan account. With the new understanding of the STJ, the agreements must only meet the agency’s list, which already contains all mandatory coverage. That is, what is out, does not need to be paid by the operator.

According to civil law specialist Ana Luísa Araújo Machado, “in other words, except in exceptional situations, operators will not be obliged to pay for medical treatments that are not included in this list if there is an alternative that is equally effective, effective, safe and already incorporated”.

Machado explains that the rule admits exceptions. “This is the case, for example, when the Federal Council of Medicine (CFM) suggests a specific procedure or in cases of cancer treatment in which off-label medication is used, among others”, he said. Ana Luísa emphasizes that the list’s taxativity does not mean that health plans can only offer what is provided for in the list. “The operators do not have, from now on, the obligation to provide the procedures not provided for in the list, but it is part of their liberality to offer expanded coverage or negotiate contractual amendments with the insured”, she said.

The decision of the STJ, however, admits exceptionalities. Court minister Villas Bôas Cueva highlighted the possibility of granting exceptionalities: each consumer, by means of an addendum to the plan’s contract, may request the expansion of coverage, if they want a specific treatment — naturally, the monthly fees will be higher.

Therefore, according to Ana Luísa, despite the fact that the decision of the STJ ministers is not absolutely binding on the lower courts, the result is a significant milestone in the regulation of operators and health plans and tends to make, as of today, move towards corroborate the understanding of the taxing nature of the role.

Carlos Eduardo Gouvea, vice president of the Brazilian Alliance of Innovative Health Industry (ABIIS), points out that the exhaustive role ended up affecting some sectors that have very critical situations. “Like, for example, rare diseases, which have one case for every 10,000, and that often the essential therapy for that particular disease are ‘life saving’ and are not included in the ANS list.”

According to Gouvea, the situation ends up reducing access to new therapies and is restricted to what is pre-approved, even making legal issues difficult. “We had many drugs that were already accepted even if in a judicial way”, he pointed out.

According to Carlos Gouvea, the main point is that the list will, in fact, restrict access to products, diagnoses, devices or medicines that are not officially approved, which serve special people who will be harmed. “What about that patient who has a genetic mutation and who, due to a diagnosis, will not be responsive to the treatment already approved? The exemplary list of that drug is for everyone who needs differentiated therapies. more specific than that is already available”, said the vice president of ABIIS.

Lawyer Nauê Bernardo Pinheiro, a specialist in constitutional law, said that the STJ’s decision ends up raising some questions for reflection. “For example, is it not necessary for the regulatory agency to be more agile in updating the minimum list of procedures?”, he asked. “In addition, given this decision by the STJ and the successive increases in health plan values, will we not have repercussions on public health? After all, supplementary health absorbs an important part of the demand in the sector in the country, and now coverage, in theory, it will be more restricted”, he pointed out.

The STJ’s determination ended the jurisprudential divergence that had lasted since 2019. That year, Minister Luis Felipe Salomão inaugurated the controversy by stating that the role is merely exemplary. The ANS already considers the exhaustive nature of the list since the elaboration of the last normative resolution, in July of last year. On the other hand, the majority jurisprudence understood the role as merely exemplary. In practice, the judgment needed to decide whether the list should be exhaustive, offering and limiting the list of mandatory procedures, or exemplary, serving as a minimum reference of services to be offered by health plans. By six votes to three, the 2nd Section of the STJ determined that the list is exhaustive, maintaining the mandatory service for the cases provided for in the ANS list, but with discretion, opening the possibility of analyzing the exceptions. The ANS list comprises all the diseases listed in the International Statistical Classification of Diseases and Related Health Problems (ICD), of the World Health Organization (WHO).

What is the tax role?

Taxativity means that that role wipes out certain types of treatment. That is, the plan is not required, in theory, to cover anything that is outside the list of procedures of the National Supplementary Health Agency (ANS). This list is basic and does not include several treatments, such as recently approved drugs, some types of oral chemotherapy and radiotherapy, and surgeries with robotic techniques, prostheses, among others.

The new rule limits the number of sessions or other types of medical solutions for some therapies for people with autism, rare diseases (one in 10,000 people) and other types of disabilities. Health plans may refuse these treatments. In the old model, when having similar therapy, the health plan could accept to pay or grant reimbursement. Now, access to new products, diagnoses, devices or drugs that are not officially approved on the ANS list will not be covered by the plans.

The STJ’s understanding is that the list, although exhaustive, admits some exceptions, such as therapies expressly recommended by the Federal Council of Medicine (CFM), treatments for cancer, HIV patients or some type of genetic mutation that affects more people, will also have continuity in treatment. There is also provision for if there is no therapeutic substitute or after the procedures included in the ANS list are exhausted, the plan bears the coverage of treatment outside the list, indicated by the attending physician or dentist. Those situations that affect most people, normal and common situations will continue to be attended to.

How to prove the effectiveness of another treatment?

The paths still need to be better clarified. But, usually, the proof is made by the manufacturer or medical society when it has a new technology, treatment or drug. They submit to the ANS, with all the requirements and procedures specified by the agency. The term for the guarantee can last from six months to two years. The big problem is that, most of the time, the manufacturer is not in Brazil or there is no commercial interest for treatments of diseases that have little frequency in the population and a smaller offer in the national market.

What can citizens do?

The ANS has opened channels for citizens, through the agency’s website, by clicking on the “consumer space” (which can be accessed via the electronic address: https://www.gov.br/ans/pt-br/assuntos/consumidor ). In this space, the citizen can consult the specific coverage and report if the plan is not complying with the rule. It is possible to make the complaint directly to the agency, which must notify the operators about the complaint and make a return to the citizen. The person can also send the proposal to the operator with the ANS forecast. If there is no manifestation of any of those involved, the solution is to go to court. The patient or citizen must prove that their situation is included in the list of exceptions. The action is brought against the operator.

What points should you keep an eye out for?

It is necessary to observe the situation itself and the need for care and whether or not it is on the list. It is also important to question whether the operator is actually up to date with the most recent list from the ANS, if you notice any kind of disconnection with the current list, you should immediately file a complaint with the operator itself and with the ANS. You can check the ANS list on the agency’s website under the “consumer space” and “what your plan should cover” tab.

She's our PC girl, so anything is up to her. She is also responsible for the videos of Play Crazy Game, as well as giving a leg in the news.
Previous Two suicides and three attempts mark the weekend in Colatina
Next Overwatch 2 will have early access starting October 4th