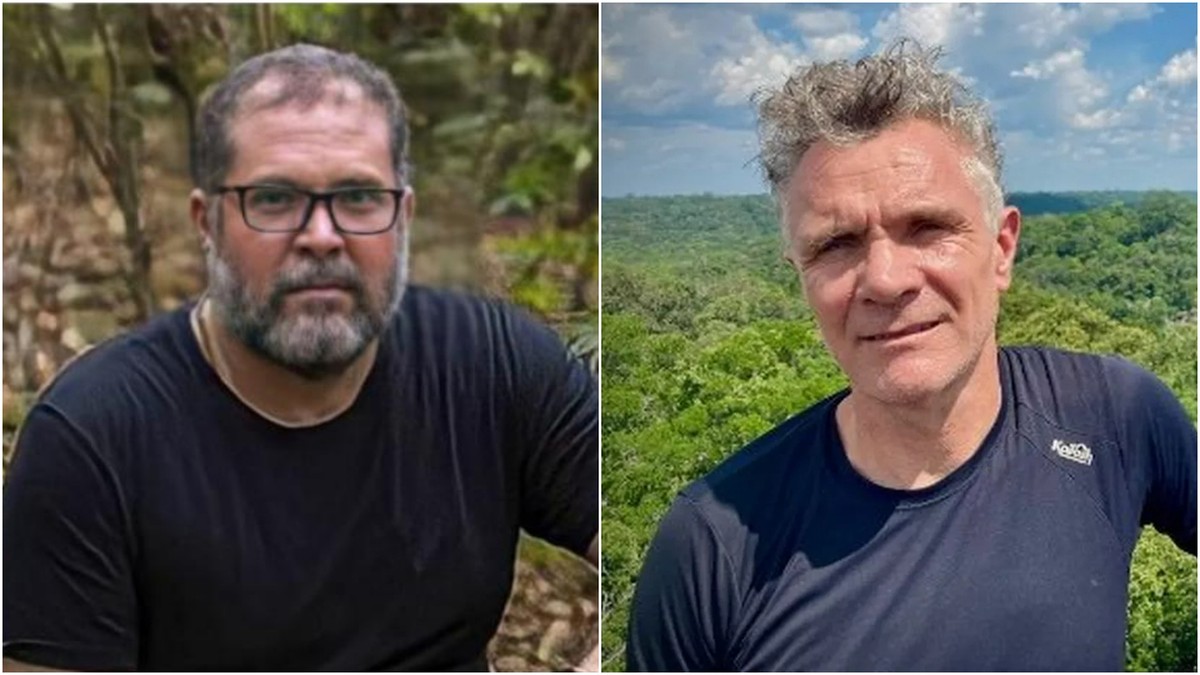 The Federal Police said that this Sunday (12) they were found a health card with Bruno Pereira’s name and other items from him and Dom Phillips. During the afternoon, the firefighters said they had found a backpack, a notebook and a pair of sandals in the area where the British journalist and the indigenist are searching in the interior of the Amazon.

The details of the objects were disclosed through a note from the Federal Police.

According to the PF, were found:

The material was found around 4 pm (local time) and was sent for expertise in Manaus. The indigenist Bruno Pereira and the English journalist Dom Phillips have been missing since June 5th.

During the afternoon, the coordinator of the Firefighters team in Atalaia do Norte, Barbosa Amorim, said that the material was found near the house of Amarildo Costa de Oliveira, suspected of involvement in the crime, who is still being held in the municipality.

Photos of the location where the bag was found. — Photo: Ronney Elias, from Rede Amazônica

The belongings were in an area of ​​igapó and were tied to a tree. Igapó is a region of the Amazon rainforest flooded by rivers and with countless trees.

“[O material] was found near his house [Amarildo], in the community of São Gabriel. From the place where we found these backpacks today, we will continue the dives, especially in the nearby trees, to make sure that there is no other material tied up there”, said the coordinator.

Firefighters find backpack, notebook and sandals in search area for missing people in AM

Map shows where journalist and indigenist disappeared in the Amazon — Photo: Arte/g1

Earlier, the Union of Indigenous Peoples of Vale do Javari (Univaja) also claimed to have found a new vessel in the area of ​​search for the missing. According to the organization, the vessel was found on Saturday (11).

According to Univaja’s legal prosecutor, Eliésio Marubo, the vessel may belong to the suspect involved in the disappearance of the two.

A note released by Univaja this Sunday (12), also says that the information about the vessel’s ownership still needs to be confirmed by those responsible for the investigations.

Univaja issued a note in response to a demonstration made by the National Indian Foundation (Funai), questioning the organization about the searches. On the subject, Marubo stated that the agency cannot prevent indigenous people from entering their lands.

“Funai is unaware of its role when it tries to prevent the Indian from entering its own land. Before being an institution, we are indigenous. We belong to this region and we are being prevented from entering our own land. The note explains about this, about this criminalization of Funai in relation to the attempt to criminalize any conduct that our organization has carried out”, he explained.

She's our PC girl, so anything is up to her. She is also responsible for the videos of Play Crazy Game, as well as giving a leg in the news.
Previous Bariatric surgery reduces risk of fatty liver damage – 06/10/2022
Next Bruno Pereira’s health card and items by Dom Phillips are found by the PF