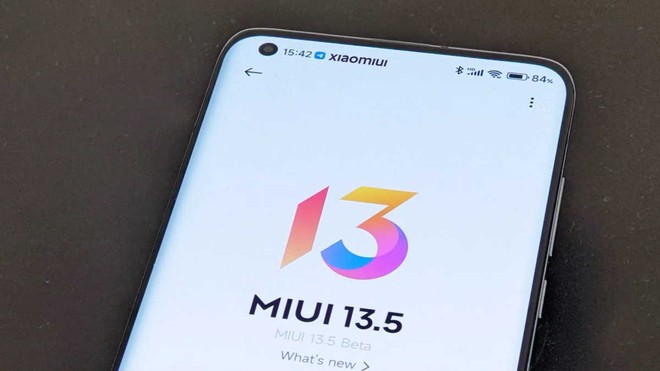 Xiaomi shares the list of smartphones that will not receive MIUI 13.5 by update

Raju Singh 3 weeks ago Technology Comments Off on Xiaomi shares the list of smartphones that will not receive MIUI 13.5 by update 12 Views

After releasing the MIUI 13 last December in China along with the recent Xiaomi 12s, the Chinese manufacturer has finally started rolling out the update to global markets.

As a reminder, the update notably brought new customization elements around widgets, better protection of personal data, an increasingly faster and smoother interface, and above all, better tablet compatibility. And it looks like now it’s time for the next version, MIUI 13.5.

Xiaomi has recently released a special version of MIUI 13 optimized for foldable smartphones and is now gearing up to release MIUI 13.5, a new version bringing its share of new features. Among them are new animations, news icons, new interface elements and a redesigned Control Center. There are also many software improvements such as better battery management and performance improvements.

Unfortunately, as with every update, Xiaomi will abandon some smartphones. The famous Mi 9 series or Redmi Note 8 series, which will have to be satisfied with MIUI 13. Here is the complete list of smartphones that will not receive MIUI 13.5:

While it’s sad to see these devices no longer receiving official updates, it’s time to retire.

Raju has an exquisite taste. For him, video games are more than entertainment and he likes to discuss forms and art.
Previous ‘This was done six years ago’, says Vilas-Boas, mocking Neto’s promise for Health
Next Covid: why some vaccines protect longer than others