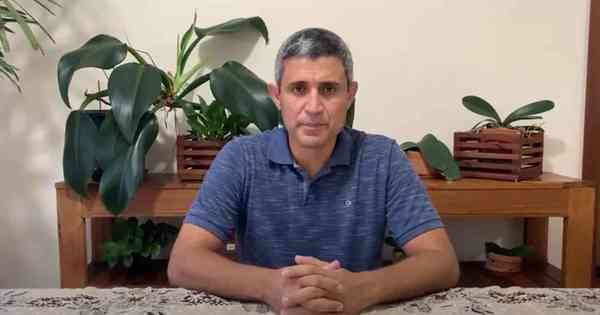 Vaccine skipper: mayor and secretary of Ijaci may lose rights

Jenni Smith 2 weeks ago Health Comments Off on Vaccine skipper: mayor and secretary of Ijaci may lose rights 6 Views

The mayor of Ijaci, in the south of Minas, Fabiano Moreti (MDB), and the city’s municipal secretary of health, Rodolfo de Oliveira Costa, may lose political rights after cutting the line for the vaccine against Covid-19. The case took place in January last year.

The Public Ministry of Minas Gerais (MPMG) proposed a Public Civil Action for an act of administrative improbity, filed by the 5th Prosecutor’s Office of Lavras.

The MP understood that Fabiano Moreti and Rodolfo de Oliveira Costa received immunization with doses intended for frontline health workers in the fight against the disease.

According to the MPMG, councilors from Ijaci informed the Prosecutor’s Office that the fact should be attributed to the mayor and the municipal secretary of Sade. Documents that proved the practice of the skip-the-line were presented.

“With regard to the deputy mayor of Ijaci, no irregularities were found, especially considering her priority age group”, reported the MPMG.

The mayor claimed to have received the vaccine, as he was the driver of the municipality’s ambulance.

The press office explained that Moreti entered the city hall as an ambulance driver and later became the city’s mayor. But, with the arrival of the pandemic, he acted on the front line of fighting the disease.

However, during the investigations, the mayor was asked by the MPMG: Moreti should present documentation that proves his work as a driver, driving and removing patients.

“He limited himself to presenting, only, a single situation in which he would have acted in the function and, what is worse, occurred at a date after his first subpoena by the Public Prosecutor’s Office. That, when he learned that he was being investigated for cutting the line for vaccination against Covid-19, the investigated quickly got behind the wheel of an ambulance and tried to transport a patient out of the city ”, highlighted the MPMG report.

According to the MP, the mayor also explained that the Secretary of Health was exempted from the attendance record, despite appearing daily at the Municipal Health Department and Basic Health Unit of the Municipality, to serve the population.

According to the prosecutor, Stefano Naves Boglione, mayor and secretary, violated the principles of public administration. “In such a dramatic moment, as was the beginning of the pandemic, with few doses to be distributed to health professionals who were on the front line, assisting the sick and in direct contact with people contaminated by the virus, it was not reasonable, ethical or moral. employees without health risk to go ahead of the queue and get vaccinated before the others, who were exposed to greater risk”, he emphasizes.

With this, the 5th Public Prosecutor’s Office of Lavras asks the Justice to condemn the accused with loss of public office, suspension of political rights for up to 12 years, payment of a civil fine equivalent to the value of the damage and prohibition of contracting with the government or receiving benefits, tax or credit incentives for a period not exceeding 12 years.

What does the defense say?

The city hall’s press office says that the municipality has not yet been notified and is awaiting the official document to comment.

She's our PC girl, so anything is up to her. She is also responsible for the videos of Play Crazy Game, as well as giving a leg in the news.
Previous How long does the immunity generated after contracting covid last? – 06/15/2022
Next End of an era: Microsoft retires Internet Explorer this Wednesday (15) | Technology