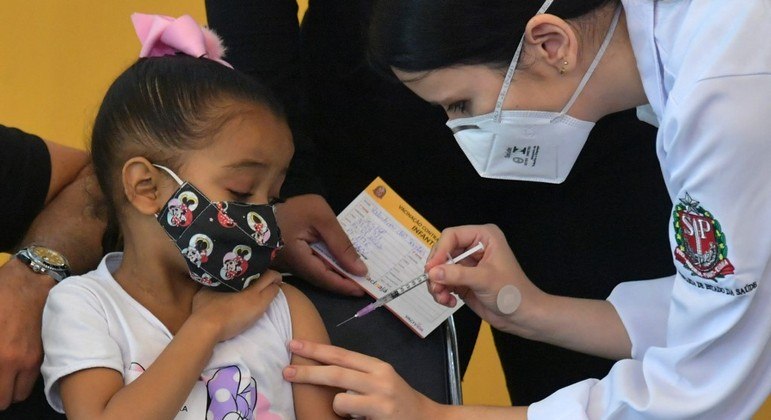 Abhishek Pratap 3 weeks ago News Comments Off on Covid-19: US experts recommend Pfizer and Moderna vaccines for babies – News 16 Views

A committee of experts from the United States ruled on Wednesday (15) in favor of applying Covid-19 vaccines from Pfizer and Moderna laboratories to children aged between 6 months and 4 years, a crucial first step towards their authorization. .

As in many countries, this is the last age group that still does not have access to this protection.

In two votes, the 21 experts were unanimous in considering that the benefits of vaccinating this age group outweigh the risks.

Based on these favorable opinions, the FDA (American drug agency), whose decisions are a reference at an international level, could grant its authorization.

Then about 10 million doses would be shipped immediately to different regions of the country, which would be followed by millions more in the coming weeks, the US government said.

Vaccination can start the week of June 20, once the Centers for Disease Control and Prevention (CDC) gives the go-ahead. CDC experts will meet on Friday (17) and Saturday (18).

The main difference between the two products is the number of injections needed for optimal protection: Moderna’s vaccine will continue to be given in two doses, one month apart; Pfizer’s by three, due to the low dose chosen to reduce side effects in babies, such as fever. A company representative clarified, however, that studies will be carried out on a third booster dose.

In the case of Pfizer, the immunization will be carried out in three applications: the first two, three weeks apart, and the third, eight weeks after the second.

Several experts emphasized that children would not be well protected with two doses of Pfizer and would have to wait for the third – that is, months – before then.


The vaccines are both safe and effective, according to the FDA, which published its own analysis of clinical trials last week to provide a basis for expert discussions.

According to a preliminary estimate, the Pfizer-BioNTech vaccine is 80% effective against symptomatic forms of the disease. But that rate is based on a small number of positive cases, the FDA said.

Moderna’s has been shown to be 51% effective in babies aged 6 months to under 2 years, and 37% effective in children aged 2 to 5 years.

The numbers are consistent with the efficacy observed in adults against the Ômicron variant, according to the US agency. However, the vaccine continues to protect well against severe forms of Covid-19.

Regarding side effects, a quarter of the children who received the dose of Moderna had a fever, especially after the second dose. The fever passed after a day.

In the case of Pfizer, the observed fever was similar between vaccinees and those who received placebo.

Some parents are excited about the possibility of vaccinating their young children, but others are still skeptical.

According to a survey by the Kaiser Family Foundation, as of early May, only one in five parents of a child under 5 (18%) said they would vaccinate as soon as possible; 38% will wait to do so and the rest are opposed unless it is mandatory.

Although younger people are less vulnerable to Covid-19 and the risk to them is low, about 480 children under age 4 have died from the disease in the United States.

Hospitalization rates also increased markedly for this age group during the wave of contamination of the Ômicron variant. In total, there have been 45,000 children under age 5 hospitalized in the United States since the start of the pandemic, of which a quarter have been in intensive care.

Children are less vulnerable to Covid-19, but they can catch and transmit the disease. Like adults, they may suffer from long-term symptoms (long-term Covid). In rare cases, severe pediatric multisystem inflammatory syndrome can also develop.