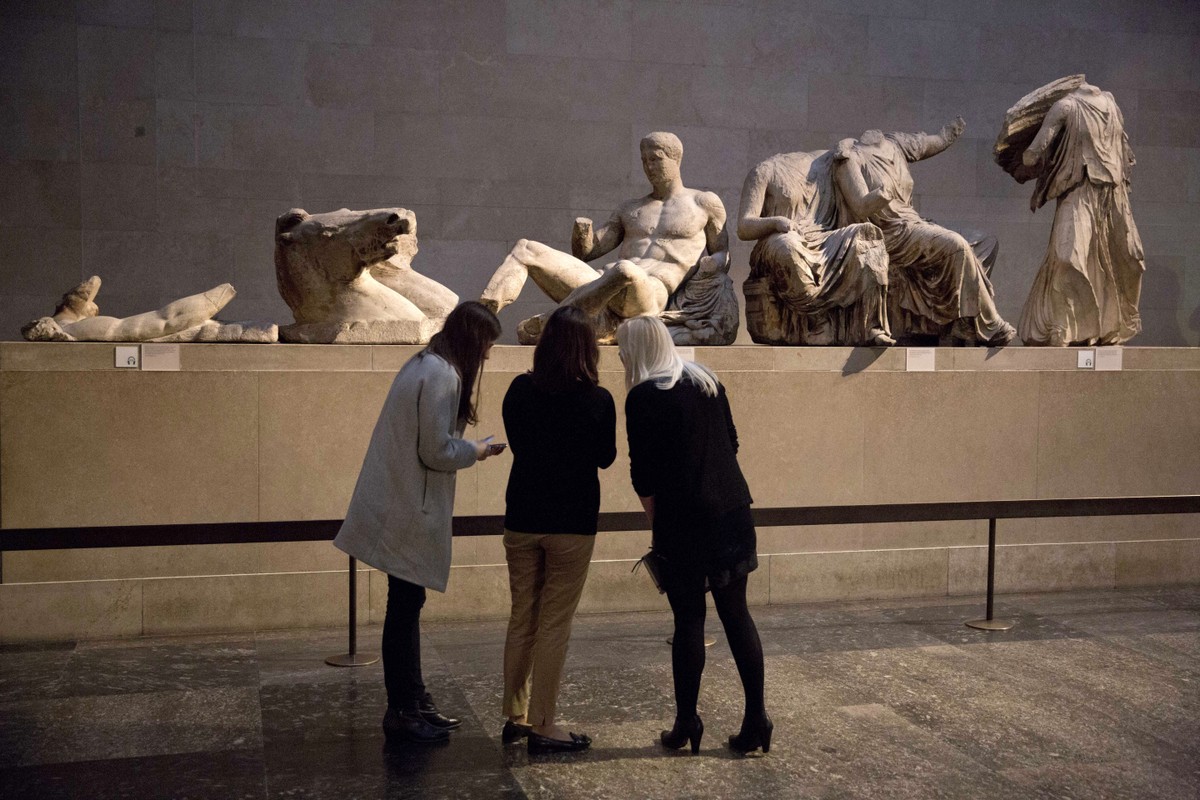 Greece has been asking the UK for decades to return marble pieces and sculptures from the Parthenon and the Acropolis of Athens. The dispute is old, but the solution may finally be in sight. The president of the British Museum in London said he was open to an agreement for the partial return of the pieces.

Since the beginning of the 20th century, Greece has officially demanded the return of a 75-meter frieze that was taken from the Parthenon and taken to the English capital. The Mediterranean country still wants one of the marble caryatids that supported a small temple on the Acropolis of Athens, kept as one of the treasures of the British Museum.

The matter returned to discussion in March, when the British museum was sued for preventing the marble pieces from being 3D scanned. The Oxford Institute of Digital Archeology intended to make a three-dimensional version of the Greek pieces as a way of expanding access to the material and resolving the imbroglio between Athens and London, according to the institute’s director to the Guardian newspaper.

In April, Boris Johnson’s government even said that it would open negotiations with the Greek administration before UNESCO. However, the government backtracked saying that such a decision was up to the museum.

This week, the president of the British Museum made a statement showing his willingness to resolve the issue. In an interview with LBC radio, George Osborne said he was open to an agreement to share the pieces.

“I believe an agreement is possible to tell their story at the same time in Athens and in London if we discuss this situation without too many preconditions or barriers,” he said.

Asked if it would be possible for the pieces to be exhibited for a while in Greece and later return to London, he stated that this type of negotiation would be possible. “Something that allows you to see them in all their splendor in Athens and see them as examples of other civilizations in London,” he detailed.

Public opinion in the UK is mostly in favor of repatriating the parts. A recent survey by the British Yougov institute shows that 59% of participants think that the pieces should be repatriated. Eight years ago, the share of the population in favor of returning works was only 37%.

Pressure has grown for European cultural institutions to return pieces taken from their countries in colonial times. In 2021, Cambridge University returned to Nigeria a bronze work looted from the country about a century ago.

Lined with ancient pieces from civilizations around the world, the British Museum has so far refused to discuss the restitution of works.

When Hulk missed the penalty in Atlético-MG’s 1-1 draw with Emelec, at the George Capwell …