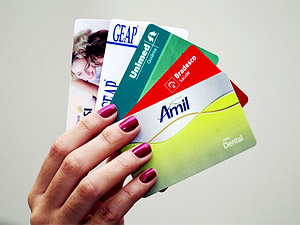 The inactivity of the company that contracted the corporate collective health plan authorizes the unilateral exclusion or suspension of health care for the beneficiaries, even if it occurs after an extended period of time.

With this understanding, the 3rd Panel of the Superior Court of Justice partially granted the special appeal of a health plan operator to allow the termination of the collective agreement with a company that has been inactive for 12 years.

The unilateral termination had been rejected by the São Paulo Court of Justice because the health plan would have created the legitimate expectation of maintaining the contract, for having issued monthly payment slips referring to the period after the company’s declaration of unfitness.

Rapporteur at the STJ, Minister Nancy Andrighi observed that, under the terms of the Health Plans Law (Law 9.656/1998), the bond with the contracting legal entity is a condition without which the collective agreement cannot be perfected.

Therefore, the company’s inactivity breaks the link between the beneficiaries of the health plan and the legal entity, which means that the requirements for the conclusion and maintenance of the collective health plan contract do not exist.

The rapporteur ruled out the breach of good faith by the health plan, as he was never informed of the closure of the legal entity.

“If, since 2008, the defendants – the sole partners of the contracting legal entity and exclusive beneficiaries of the collective health plan – were aware of the company’s inactivity, they could not have the expectation or confidence that the contract would still be maintained, contrary to the relevant law and regulatory norm”, said Minister Nancy Andrighi.

“Action guided by objective good faith does not tolerate the prevailing of a situation generated in contravention of the law or regulatory norms, nor that the other party is forced to accept the maintenance of a situation resulting from a previous violation”, he added.

Notification required
The granting of the special appeal was partial because, despite the termination being legitimate, under the terms of the law and the resolutions of the National Supplementary Health Agency (ANS), it must be preceded by notification.

In this case, the operator published this notification in a widely circulated newspaper, opening a period of 60 days for the company to prove its registration with the competent bodies. For Minister Nancy Andrighi, this measure is insufficient.

“Considering that there is a collective health plan contract with less than 30 beneficiaries and that the company’s inactivity is a reason capable of justifying unilateral termination, the beneficiaries must be effectively informed about the cancellation of the contract and about the right to choose by another plan from the same operator or to carry out the portability of grace periods”, he concluded. The vote in the 3rd Panel was unanimous.

She's our PC girl, so anything is up to her. She is also responsible for the videos of Play Crazy Game, as well as giving a leg in the news.
Previous MSI announces Liberator, programmable pedal for gamers
Next Joaquim puts Davi and Rafael Antunes face to face, generates great discomfort and leaves the magician in a panic: “Survived”