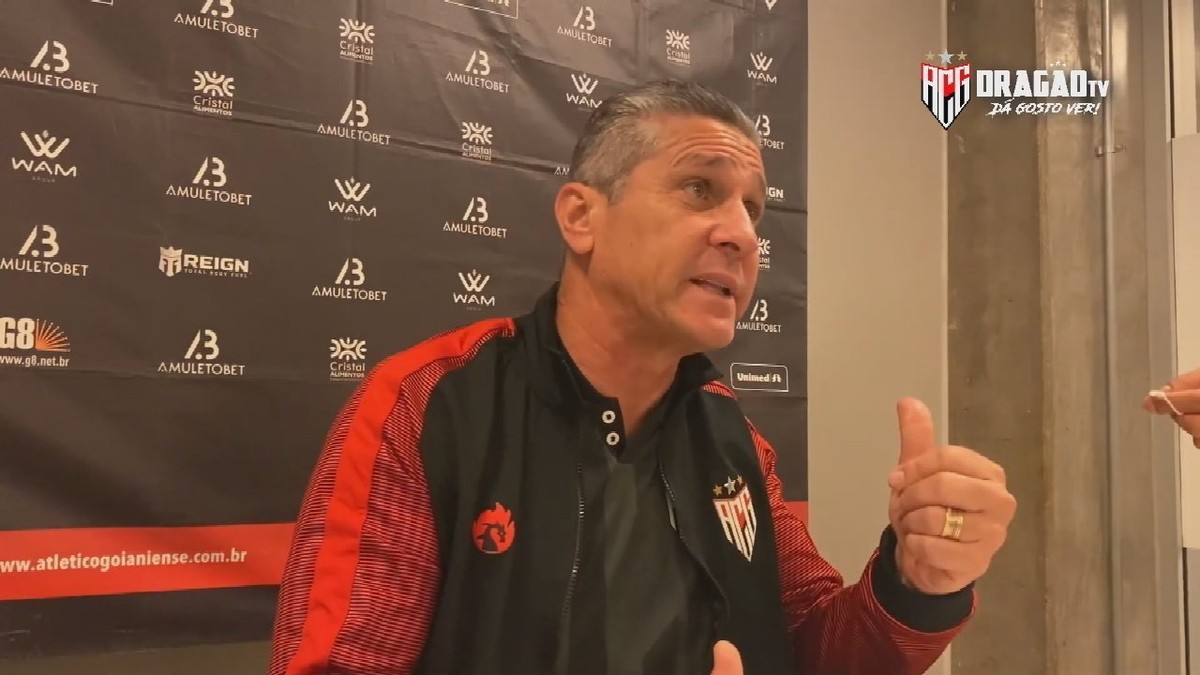 After the 4-2 defeat against Palmeiras, Thursday, at Allianz Parque, Atlético-GO coach Jorginho criticized the behavior of Abel Ferreira, the opponent’s coach, during the match.

According to Jorginho, Abel was disrespectful to the referee Ramon Abatti Abel and to Brazil in general (see the video above). The Atlético-GO coach stated that the Portuguese coach was ironic when he clapped his hands for the referee and that the gesture served to “fool” the referee.

– When you clap your hands to the referee, you are literally wanting to “fuck” the referee. So, it’s something that revolts me as a coach, as a Brazilian, because he comes to our country and is disrespecting our country, our referees, saying he’s blind, cursing everything in his name and nothing happened. But everything is ok, it will be like a loser’s cry and things pass and nothing happens, but I want to leave my protest – said Jorginho.

Abel Ferreira became aware of Jorginho’s statements and decided not to speak out, as did Palmeiras.

Jorginho also recalled that Abel Ferreira and the other members of the Palmeiras coaching staff have already been expelled on other occasions. The Atlético-GO coach expected a “severe punishment” to the opponent, which did not happen.

– They are disrespecting the referee. He called the referee blind, cursed the referee of everything when it comes to name. He clapped his hands to the referee and absolutely nothing happened. I reported this to the referee, it’s not fair. My assistant took a card, their assistant took a card and Abel should have been expelled. And it’s not the first time he’s been kicked out. I respect him as a coach, congratulations, he has done a wonderful job, he is a two-time Libertadores champion, but respect has to exist with me, with my team, with the referee, because every time he complains he is saying that the referee is scoring in favor of us and, in fact, is usually against us.

– I want to make it clear what happened, we asked for a severe punishment and there was no punishment by the referee because the fourth referee did not report to the referee what Abel did. So, I’m very sorry because that kind of disrespect can’t happen with the referee and automatically with my team. You have to be more careful with that, it’s no wonder that not only he, but the entire coaching staff (from Palmeiras) has been constantly expelled because this kind of respect is lacking.

With the defeat to Palmeiras, Atlético-GO returned to the relegation zone. Dragon has 13 points, is in 17th place and returns to the field on Sunday, in Goiânia, against Juventude.