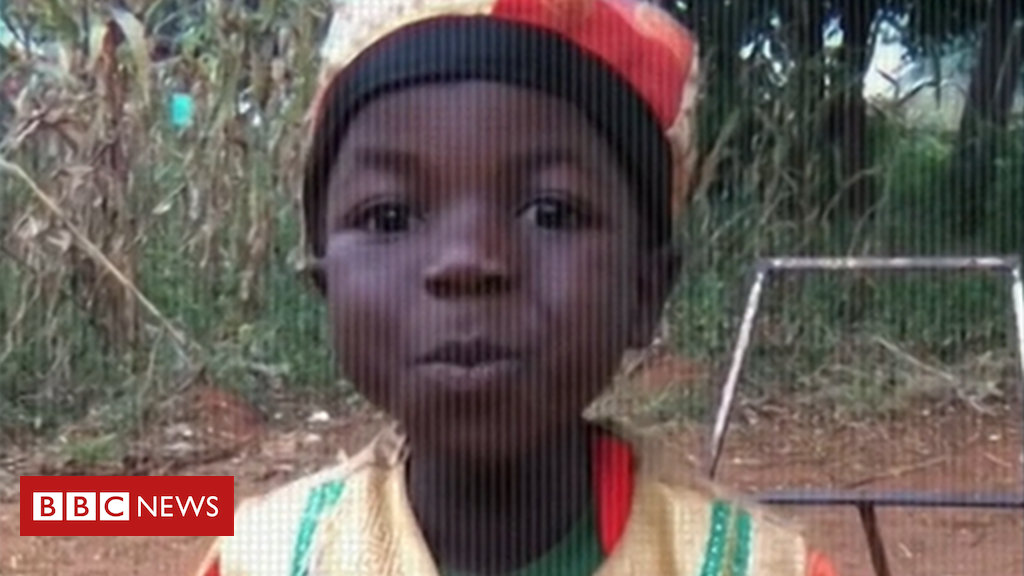 In February 2020, a degrading video appeared on social media in China, in which a group of children in poverty from different parts of Africa repeated in Mandarin racist insults that were dictated to them by an anonymous cameraman.

This recording format has become popular in recent years in China: personalized greeting videos, in which people from somewhere in Africa, many of them black and minors, send greetings in a language they themselves often don’t understand.

All this while dancing and “having fun” around a blackboard, on which the congratulatory message is written in different colored chalks.

Reporters Runako Celina and Henry Mhango from the TV show team Africa Eyefrom the BBC, decided to investigate the video with racist content from 2020 to try to reveal the story behind its recording.

“After the controversy disappeared from the networks, I couldn’t forget. As a black woman living in China, the video was recorded in my head. Where was it recorded? Why was it made? Who is this person who took a group of happy children and excited and made them scream something so degrading?” questioned Runako.

After months of painstaking investigations and forensic analysis of the video, the BBC team managed to find some answers.

The “IQ video”, as Runako and Henry refer to it, is just one of a plethora of racist videos found on China’s social media.

But for Runako, this video had a different impact. One of the factors that generated the most controversy when it was released in 2020 was the use of a term that children repeat during the recording.

“The word children are using [no vídeo] It is ‘heigui‘” explains Runako, which can be translated as “black monster” or “black demon”.

“But really,” she adds, “it’s the Chinese equivalent of the ‘N’ word in English, and it’s one of the worst racial slurs.”

As a starting point for her search, Runako decided to contact experts in video forensics to try to find details that would help identify the location of the recording.

Through geographic, topographical and signaling elements, experts were able to identify that the IQ video had been recorded in a small rural town in Malawi, in southeastern Africa.

Knowing she would need someone who knew the place well, Runako decided to team up with Henry Mhango, a local investigative reporter who worked for the show. Africa Eye revealing cases of human rights abuses, corruption and violent crime in Malawi.

“When [Runako] showed me the IQ video, I was shocked: the children shouting those degrading phrases were from Malawi. It happened right under our noses, hidden in plain sight.”

Armed with nothing more than geographic coordinates, Henry went to the location where evidence pointed to the video being recorded.

“The city is located in a perfect area for doing business discreetly. It is hidden in the countryside and is only connected to highways by dirt roads.”

It was there that, for the first time, Henry heard a name. Or rather, a nickname: “Susu”, which means “uncle” in Mandarin.

The journalist discovered that Susu arrived to live in the region a few years ago and had recorded hundreds of videos with the local population.

According to some residents of the city, they received him believing that he had come to teach the little ones to speak Mandarin.

Furthermore, reporters say, it is not uncommon to see Chinese citizens in Malawi today.

Due to Beijing’s growing effort to expand its influence in Africa — through investments in infrastructure and the presence of Chinese companies and technologies — locals have started to get used to the presence of foreigners in the country.

This also led some residents to believe that, through the videos, Susu would be able to bring in economic aid from China to improve the conditions of the impoverished population.

Residents interviewed by the BBC team said that despite the hours the children spent with Susu, they never learned Mandarin.

They knew how to say a few words, because they had learned it during the recording of the videos, but they never learned the meaning of what they were saying.

To make matters worse, according to the local population, many of the children who recorded videos with Susu had stopped going to school.

“Instead of becoming the leaders of tomorrow, they will grow up uneducated. They will end up asking for money or stealing,” one mother told BBC journalists.

But even though Runako and Henry knew they were approaching Susu, they still didn’t have a clear picture of what this man really looked like.

“Selfies and blogs have given us a first glimpse of who might own [dos vídeos], a man in his early 20s. Among the posts, we found a single photo of a national ID card and we finally got a name: Lu Ke,” Runako explained.

“But is this man Susu, the same man I’ve been following on the web? And more importantly, is he the one who made the IQ video?”

Xiao Gulah, the ‘brand’ of videos

Bright is a 6-year-old boy who lives in the small rural town of Kamwendo, in western Malawi, close to the Namibian border.

At age 4, he was one of Susu’s favorite faces for her videos.

But he was not only Susu’s favorite, but also the audience’s: Bright went viral on Chinese social networks, and became a kind of “unofficial brand” for this type of content.

In these circles, Bright is known as Xiao Gulah.

On web pages that offer these videos, it is common to see content accompanied by a photo in which Bright appears with his thumbs up, as if in a gesture of approval.

What Runako and Henry discovered behind the boy’s sweet and innocent image in the role of Xiao Gulah was a sad and shameful story of child abuse.

“[Susu] pinched us when we made a mistake and when we did something wrong, he hit us with a stick,” the boy told reporters, as his mother looked on sadly.

“When I tried to take him away, the man would come back and take him away. It’s very painful to my heart. We never saw any benefit,” the woman explained.

BBC journalists had more and more information about the videos, but there was one key point to clarify: was Susu the one who recorded the IQ video?

To find out, the program team Africa Eye contacted a Chinese journalist to pose as a businessman who wanted to hire Lu Ke’s services. He would take a hidden camera with him.

In one of several conversations they had, Susu began talking about his work with blacks in Africa.

“Don’t treat them like they’re your friends,” he told the reporter.

With phrases as explicit as those captured in the video, BBC reporters decided the time had come to seek answers about the IQ video.

Then they called Lu Ke again to show the video and ask if it was his.

“Yes, this is mine,” he appears, responding matter-of-factly.

But after a few seconds, as if he remembered something, Susu goes back: “No wait, this video is not mine. My friend made it […] I suggest you don’t have this video on your phone. Don’t let black people see this.”

According to Runako, it seemed that Susu had let out a secret, a view that was consolidated a few seconds later, when he mentioned the controversy that had been generated with the original publication of the video.

The BBC team found that Susu was making a lot of money from his videos.

In one of the conversations recorded with the hidden camera, he appears bragging that he recorded more than 380 videos in a single day, something that would represent an income of at least US$ 11,000 in less than 24 hours.

When Runako asked Bright’s mother if she had received any kind of payment for her son’s work, the woman said no.

“It’s very painful for me because my son has suffered a lot. [Ele] made him scream until his veins popped [do pescoço] for three days straight and on the fourth, he would come back sick. On the fourth day, the Chinese man would arrive with a piece of chicken, share it with him, and take him to work again.”

The family members of other children who appeared in the video also reacted with grief.

The grandmother of one of the boys said, almost crying, that Susu had “profited from the poor”.

After months of investigation, and armed with evidence against him, the journalists finally decided to confront Lu Ke at his home.

Before the curious eyes of the residents, Runako, accompanied by Henry, approached determinedly.

“All the local boys call you Susu, right?”, Runako asked.

“What’s the reason for making these videos?”

“I want to spread Chinese culture, music and dance. Including Chinese words, the Chinese language.”

“Our sources say you beat up boys.”

“We saw the video where it makes them say, ‘I’m the black devil’. Did you?”

“That’s considered exploitation, did you know that?”

The BBC investigation led Malawi’s Homeland Security Minister Jean Muonaowauza Sendeza to claim that Susu had violated child protection laws and would have to answer to the authorities.

She told journalist Henry Mhango that “the Child Protection and Justice Act has been violated, and we will use this act to bring this individual up against the law.” “We will not allow foreigners to insult our children, our citizens.”

Police in the African country also announced the start of an investigation.

Tired after a fruitless conversation, in which Susu denied everything the show’s staff Africa Eye had managed to prove it, Runako and Henry left town with an ambiguous feeling.

“I spent a lot of time analyzing Susu’s videos, worrying about what was going on behind the scenes. Now I knew the truth,” says Runako.

“But as I prepared to leave Henry, this discovery felt bittersweet: sweet because together with Henry I had managed to discover one of the worst examples of racism that we all have. [pessoas negras] we face, both on the continent and in the diaspora.”

“But bitter because we both knew this was bigger than Susu: yes, we had stopped a man’s business. But this industry keeps growing, with real kids, like Bright, being exploited daily to entertain people in places far, far away. distant…”

“When I look at my country, I think of all the people who still face poverty. […] Susu took advantage of his good faith. Came to Malawi and betrayed our children…”

This report is an adaptation of the documentary “Racism for Sale”, from the BBC TV show Africa Eye. You may watch the full documentary here (in English).

Food maven. Unapologetic travel fanatic. MCU's fan. Infuriatingly humble creator. Award-winning pop culture ninja.
Previous “In the last hours…”; newspaper claims that Arão may leave Flamengo and possible fate is exposed
Next After the announcement of the readjustment, Lira asks for the resignation of the president of Petrobras: ‘He works systematically against the people’ 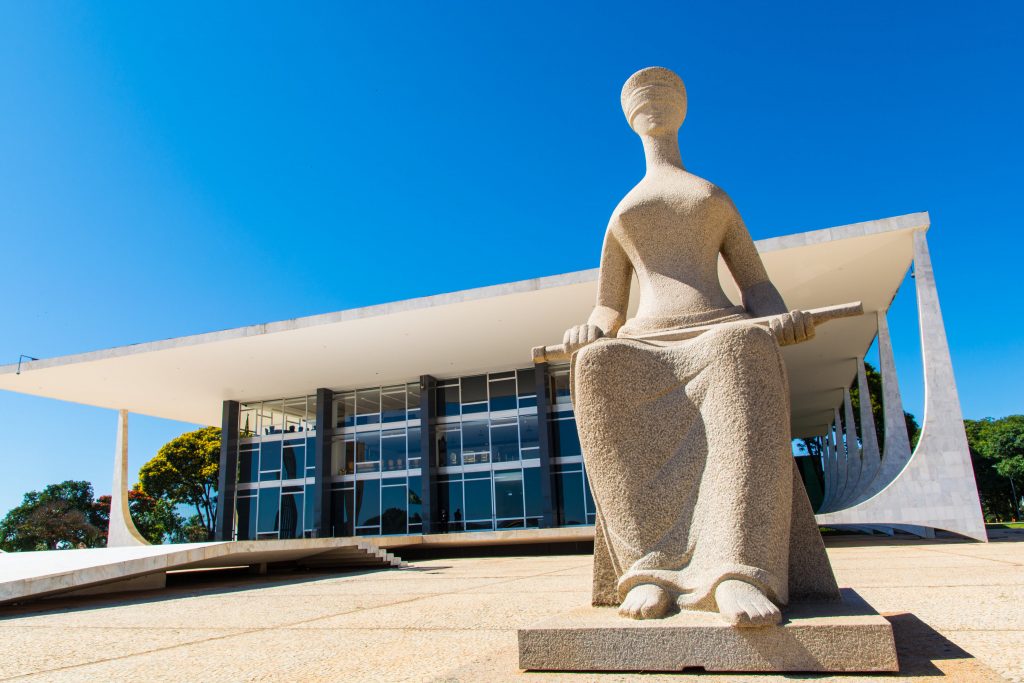 Vladimir Putin sought to project an “image of masculinity” with photos like this one, in …