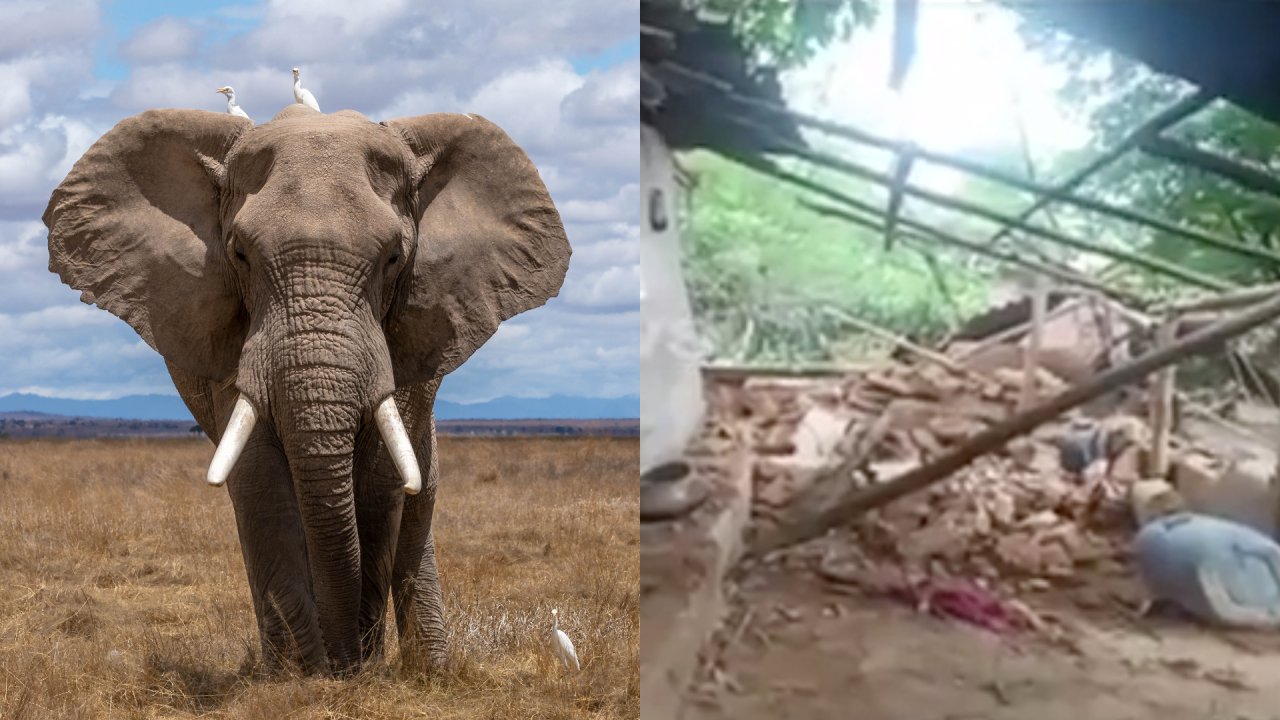 After killing and returning to trample a woman at a funeral, an elephant would have called a herd to destroy the victim’s house and village; see the images

Abhishek Pratap 2 weeks ago News Comments Off on After killing and returning to trample a woman at a funeral, an elephant would have called a herd to destroy the victim’s house and village; see the images 24 Views

Earlier this month, a rather unexpected piece of news caught attention: that of an elephant that had killed a 70-year-old woman in eastern India, and then returned to her funeral to trample the corpse. Now, new details have been revealed by OpIndia newspaper. According to the vehicle, after interrupting the wake, the animal would have waited for an hour near the body, and then issued a call for other members of the herd to attack the village.

On June 10, in the state of Odisha, a lady named Maya Murmu, from the village of Raipal, was attacked and trampled by an elephant in a nearby forest. She was taken to hospital in critical condition, but later died. The victim’s family and neighbors waited for all postmortem medical formalities to be completed before taking the body back to the village at night to begin the funeral rites.

As the small population prepared for the occasion, the elephant that would have attacked the woman many hours ago returned with aggression. People ran for their lives; already the animal would have started trampling the lady’s body again. Local media claimed that the elephant waited next to the victim for about an hour. Then, according to Kanak News, the animal began to make a sound to call other members of the herd to attack the village.

The elephant would have gone to the village in order to destroy the house of the woman he had killed earlier. The mud house was demolished and trampled on by the animal — even the goats were killed. The other elephants would then have attacked the remaining houses and eaten the food available in the village.

Locals told Kanak News that they had to run away when the elephant arrived to attack the corpse. They would have seen the animal pick up the body from the funeral pyre and throw it on the ground to trample it. The corpse would have been so brutally destroyed that the intestines came out. A woman climbed a tall tree to save her life. She spent the night at the top as the village was attacked. Check out stunning images of what happened:

Conflicts between humans and animals

Police believe the elephant was lost from the sanctuary where it lives, at Dalma Wildlife Sanctuary, which is 200 kilometers from where the tragedy occurred.

According to the Independent newspaper, the advance of industrial activity in the Indian state, which is rich in minerals, has increased human encroachment on animal habitats. As a result, the risk of encounters between people and elephants also increased. In the same region, unnatural deaths of these animals have also been recorded, accounting for 42 of them last year.

Also in 2022, other conflicts between humans and elephants took place in India. In March, a woman was killed in an attack in a forest in Chhattisgarh state. She was with her eight-year-old grandson, who was injured while trying to flee. In May, a 40-year-old woman was trampled to death by an elephant outside her home in the southern state of Tamil Nadu.

Indian government estimates show that approximately 100 people are killed by elephants each year, but foundations such as the World Wildlife Fund say the number could be up to three times higher.