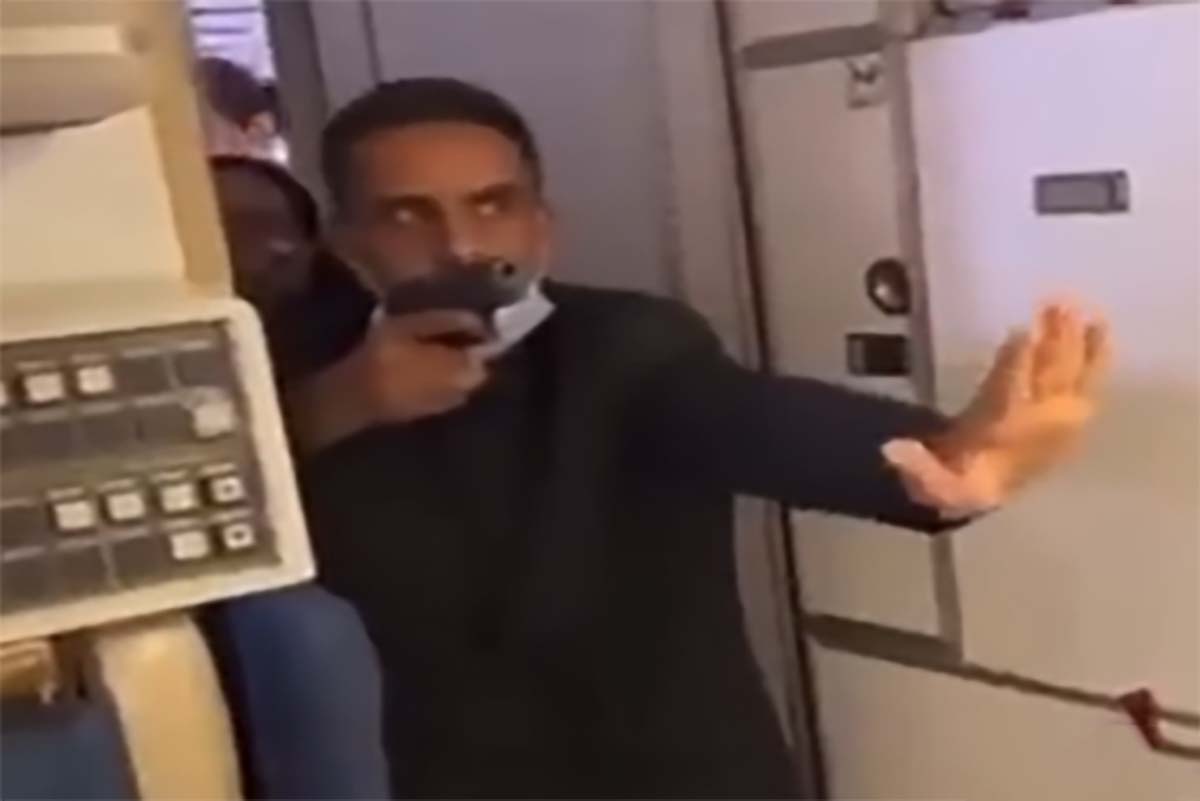 An alleged armed air marshal drew his weapon at a group of passengers after they allegedly tried to enter the flight deck to “talk to the pilot”. The video has only just appeared on the internet, but the incident reportedly took place several months ago. The circumstances of what happened have not yet been released.

What is known so far is that the fight took place aboard a plane operated by Jordan Aviation, because the company itself expressed itself on Twitter, informing that the case took place “several months ago”. Furthermore, it is known that most Jordanian airlines have an armed officer on international services. Such a practice is also common on random flights by US airlines since 9/11 and on Israeli companies.

In Jordan, the practice of keeping armed men on board had its origins in the kidnappings carried out by the Popular Front for the Liberation of Palestine, which in the 1970s took captive crews and passengers of five aircraft belonging to the extinct Pan Am, TWA, Swissair and BOAC.

According to reports, in the case of the video above, the plane was forced to deviate from its intended destination in Nigeria, landing in a different city. Passengers on board the aircraft wanted to speak with the captain for some unexplained reason, but were prevented.

“Passengers tried to reach the cockpit to speak with the flight commander, which is prohibited by law, but security guards from the Security and Protection Unit accompanying the flight prevented him from reaching the cockpit.”, continued the Jordan Aviation statement. The airline even threatened to sue anyone who spread false rumors about the incident.