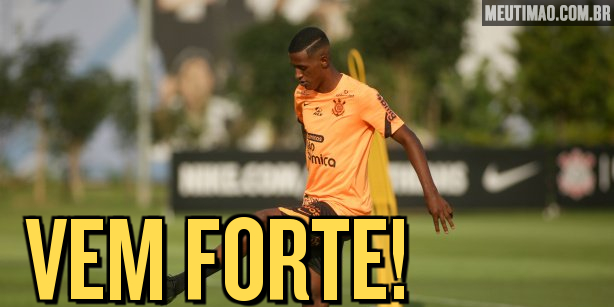 Robert Renan sees base as ‘decisive’ and praises Corinthians youth

Target of European market polls, and featured in a friendly tournament with the Brazilian Under-20 Team, defender Robert Renan has drawn more and more attention at Corinthians. This Friday, the defender spoke about the current moment of the club’s base categories in the squad coached by Vítor Pereira.

“As you can see, the base has been deciding. people have been gaining ground in the work of Vítor Pereira. That this can add to the group, because the base is important and strong”, said Robert Renan, to Corinthians TV.

Since the early days of coach Vítor Pereira at the head of Corinthians, Robert Renan has been a widely used piece by the professional squad. In addition to being a frequent name on the related lists, the defender even made his debut for the main team, in the duel against Portuguesa, from Rio de Janeiro, for the Copa do Brasil.

Robert Renan, including being able to be one of the athletes listed by Timão for the match against Goiás, this Sunday, at 16 pm, for the Brazilian Championship. The officialization of the names that will be available to coach Vítor Pereira in the match should only happen one hour before the ball rolls at Neo Química Arena.