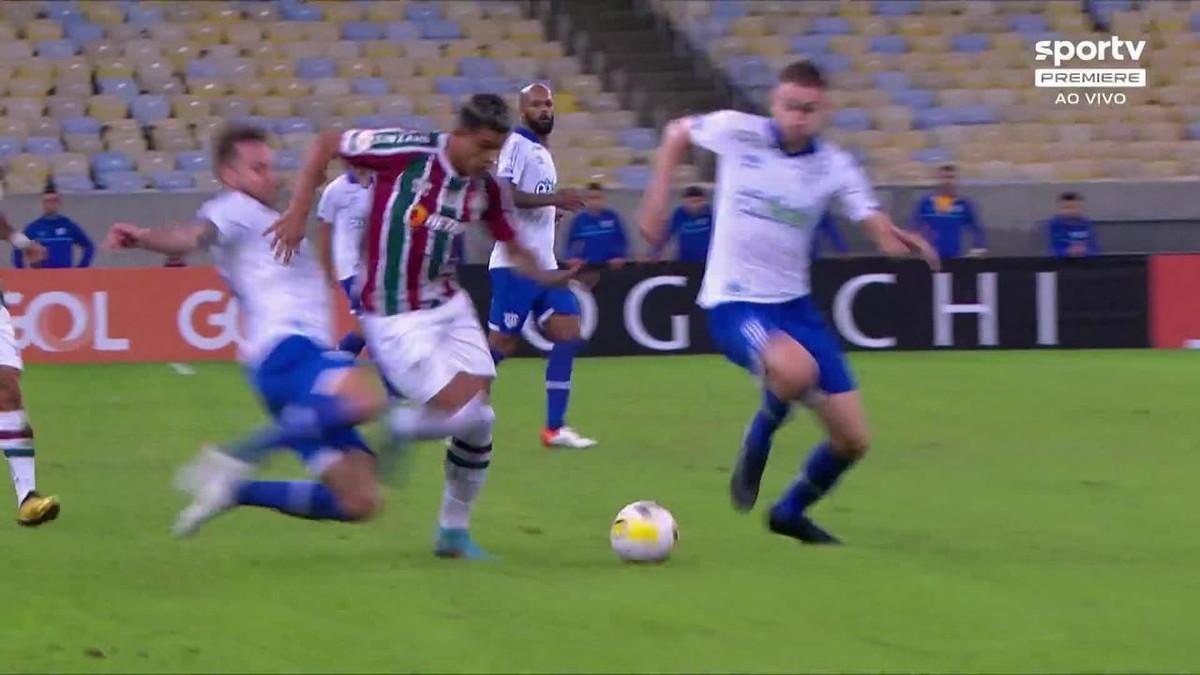 The tricolor fans returned to breathe a sigh of relief on Sunday night. Fluminense not only made peace with the victory, but also found the path of good performances in the 2-0 over Avaí at Maracanã, for the 13th round of the Brazilian Championship (see the best moments in the video above). Far from being brilliant, as it was in that 5-3 against Atlético-MG, but the team controlled the whole game, despite the fluctuations, and recovered morale on the eve of the round of 16 of the Copa do Brasil.

With a “lighter” team on the field, with Nonato in place of Wellington in the middle, Fluminense had a great start and didn’t let Avaí breathe during the first 27 minutes. In this period, Tricolor suffocated with high marking, recovered all the second balls in the middle and did not leave the attacking field. The team had 63% of ball possession, six shots, two clear chances, one goal and one ball on the crossbar.

A blitz that featured Nonato organizing the ball out – he was even the one who found the pass for Arias to serve Cano in the first goal –, full-backs with a lot of freedom – Caio Paulista played his best game as a left winger – and an “ubiquitous” Arias . Inserted as a striker in the squad released by the club before the match, the Colombian is actually much more of a midfielder, working in creation alongside Ganso and still coming back to help the defense of the left-hand side.

Pressure stopped in the 27th minute, when Bruno Silva stole a ball in the attack for Bissoli to kick. Avaí was gradually coming out of the choke and entering the game amid the fluctuation of Fluminense, who left something to be desired without the ball at their feet. And he had some scares, among them the goal disallowed by VAR for offside, in a move that Nonato was unable to accompany Raniele at the origin. Not counting this bid, which didn’t count, Santa Catarina had two clear chances in the match, both with Bissoli stopping in Fábio: one at 29 of the first half and another at 34 of the second.

But even without being able to maintain the initial rhythm for longer, Fluminense never lost control of the game and had a lot of offensive volume. In all, there were 19 shots and seven real chances: in addition to the two goals, Cano narrowly missed completing the cross kick in the 10th minute; and at 34, Luiz Henrique kicked badly after leaving the defender on the ground inside the area; in the final stage, Samuel Xavier missed two golden opportunities in the area when he hit the crossbar, at 22 and 46; and in the final minute Willian Bigode forced goalkeeper Vladimir to make a great save.

Diniz even pulled a rabbit out of his hat when he put Matheus Martins on the field in the second half as a “false 9”, and the boy scored the goal that gave more tranquility to a game that was drawing dangerous, despite the tricolor dominance. And look at that John Kennedy was available on the bench, but the young striker ended up being passed over this time, precisely in the next match in which he argued with Ganso and the coach on the field, in the 0-0 draw with América-MG at Independência.

With the victory, Fluminense went to 18 points and slept in the G-6 of the Brazilian Championship – need to dry São Paulo this Monday against Palmeiras to stay in the Pre-Libertadores classification zone. But the next commitment will be for the Copa do Brasil. The players will present themselves again this Monday afternoon at CT Carlos Castilho and start preparing to receive Cruzeiro next Thursday, at 19:00 (Brasilia time) at Maracanã, for the first leg of the round of 16.

“The most important thing came: 3 points”, vibrates Gabriel Amaral | The Voice of the Crowd