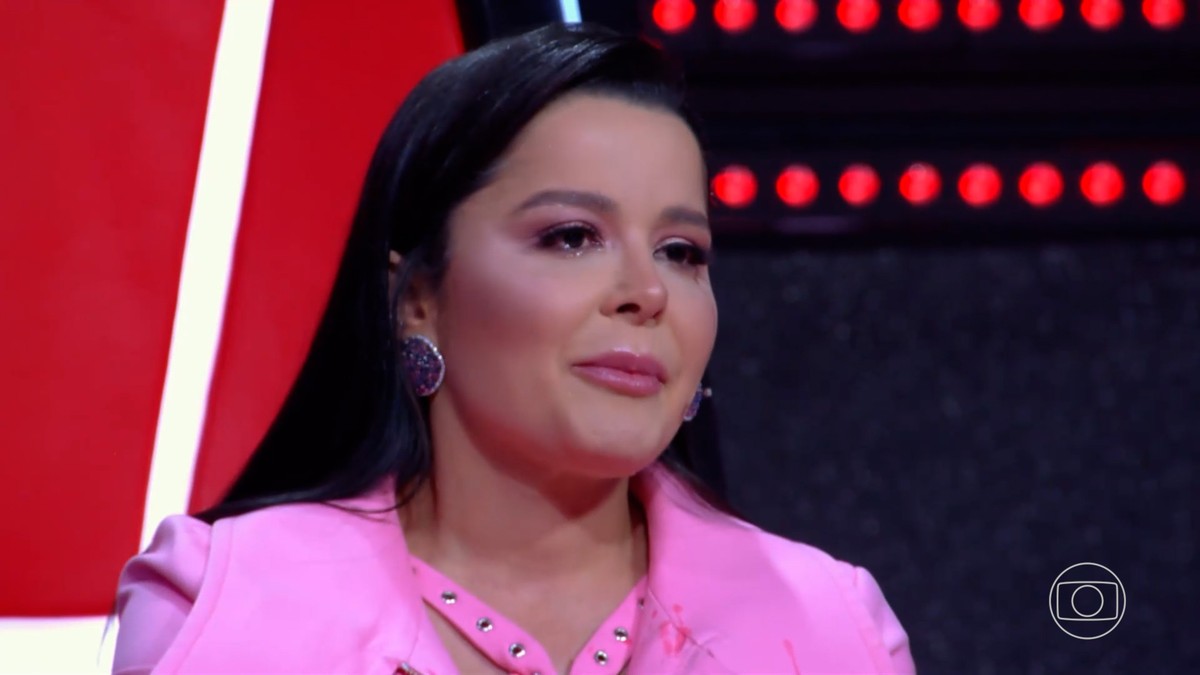 The last day of Battles was full of emotions at The Voice Kids! This Sunday, 6/19, coaches Carlinhos Brown, Maiara and Maraisa and Michel Teló defined who will be the seven voices that will represent each of their teams in the Stubborn, which starts in the next program. In an afternoon with beautiful performances and full of hits, there was no shortage of moments that took the breath away from the audience and technicians. ❤️🎤

+ See how the teams were after the Battles phase!

Missed any details? So it comes from the summary that we show you the best moments of what happened! 😍

Has anyone seen Brown around? 👀

The first battle of the afternoon has already started showing that the technicians would have a complicated mission ahead. The Team Brown trio formed by Bia Klappoth, Gabi Sorroce and Nanda Santiago sang “Deja Vu”, hit by the pop diva Olivia Rodrigo, and just KILLED IT. It became so difficult for Carlinhos to make the decision that, when asked by Marcio Garcia about who would continue on his team, he preferred to hide. 😂

In the end, the coach ended up choosing Nanda Santiago to continue on his team, but he didn’t spare praise for the other two voices who said goodbye to the competition.

After the presentation of the first trio of Time Teló, formed by Gabriela Muniz, Julia Almeida and the duo Sávio and Gustavo, Maiara was moved to remember her childhood watching the boys sing the country music “Prisoner Canary”.

I don’t even know what I’m talking about, because I identify so much. You are brothers and history is our mirror

Before making his choice and selecting Sávio and Gustavo to join his team, Michel Teló also recalled that, at the beginning of his career, he was a duo with his brother.

Francine Maria, Isabela Moreno and Karin Barros performed for Time Brown to the sound of “Girls’ Bully”classic by Luiz Gonzaga, and put the technicians to dance!

At the end of the performance, Michel Teló still took advantage of the lyrics of the song to engage in a mission: to find a boyfriend for Maraisa!

“I’m in the campaign, I started on the first program: I’m going to find a husband for Maraisa!”fired Michel Teló.

Teló campaign to find a husband for Maraisa

Michel Teló and Maraisa on The Voice Kids — Photo: Globo

Does anyone have a tissue? 😭

The last match of the Battles phase, for sure, left everyone emotional. Laís Paixão, Maria Laura and Vitória Heck sang “Pre-prepared” and brought the techniques to tears with the song, which was the last composition by Maraisa in partnership with Marília Mendonça.

“I stay in heaven seeing this legacy. I think Maraisa, when she was making this song with Marília, never imagined where it was going to lead”, praised Maiara. Her sister cried a lot with what she saw on stage. “Thank you so much for paying this tribute”said.

Maria Laura was chosen to continue on the program, but Maiara insisted on inviting Laís and Vitória to sing along with the duo on her show.

Closing the Battles phase in style, Carlinhos Brown took the stage for a very special musical. the technician sang “I prefer to circle”, an unreleased song he composed especially for The Voice Kids. It’s a hit for sure!

Now the teams are already formed, with seven home voices, for the Stubborn, which starts next Sunday, 26/6. See who are the participants who follow in the dispute! 👇

Review the last day of Battles 🎤👇

Check out all the performances from season 7 🎤👇