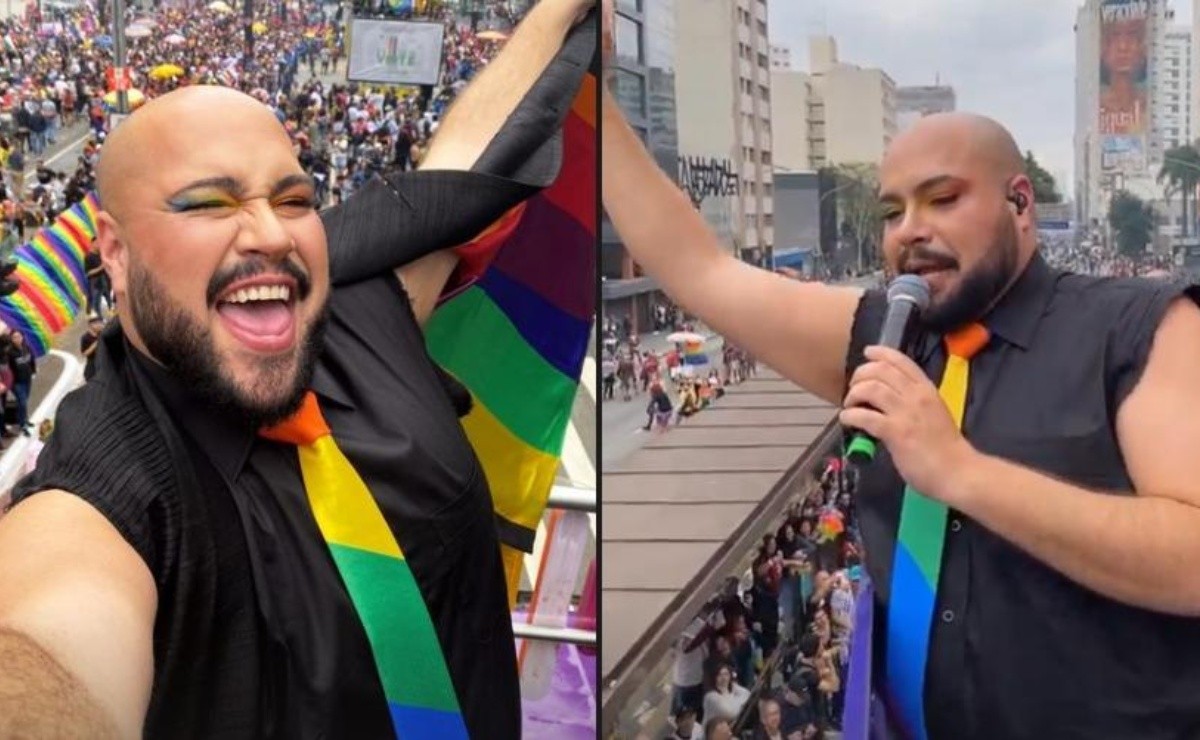 Tiago Abravanel enjoys the LGBTQIA+ Pride Parade next to her husband: “Love and respect”

Hrishikesh Bhardwaj 1 week ago Entertainment Comments Off on Tiago Abravanel enjoys the LGBTQIA+ Pride Parade next to her husband: “Love and respect” 8 Views

The two exchanged kisses and caresses during the event.

The LGBTQIA+ Pride Parade in São Paulo, the most awaited event of the year by the gay community, took place this Sunday (19) with a lot of excitement in the center of the city. Actor and singer Tiago Abravanel was one of the great attractions of the meeting and performed in an electric trio, raising the crowd with his music show and performance.

The artist used his social networks to invite his followers to participate in this diversity party. On his official Instagram account, Tiago shared with his followers and fans the preparations before leaving for the event: “The first time we never forget, but I have been proud of who I am since I was born!!! Let’s fill Av. Paulista of love and respect!”, he said in the publication.

Alongside her husband, producer Fernando Poli, the grandson of Silvio Santos accompanied the party in style, with both dressed in character and in the colors of the rainbow, as tradition dictates and which are the symbol of LGBTQIA+ pride. The two exchanged kisses and affection during the event that is very special for the community, held once a year in the capital of São Paulo and which takes place on other dates in other capitals of Brazil.

Their relationship became public two years ago when they had been together for five years. At the time, Tiago revealed that he believed that the decision could inspire other people and help many people to also assume their stories. Abravanel participated in BBB 22 and on the eve of the program’s premiere, her husband revealed that the two have an open relationship and that the actor would be free to kiss at will on the program.