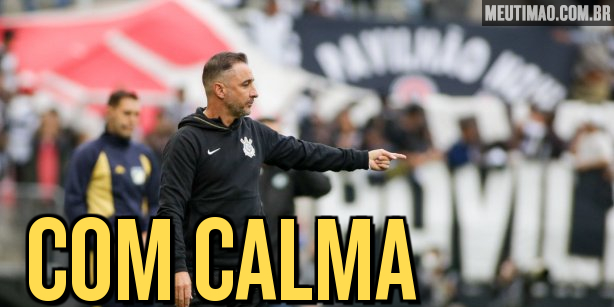 Corinthians beat Goiás 1-0 last Sunday for the Brazilian Championship. With six newly formed players on the field, the coach spoke again about the importance of having young athletes from the club.

“I think like this, and this is the experience I have throughout my career: we often kill young people before the start of their careers. We create a lot of expectation, we don’t give the opportunity And when he needs… to launch a youngster, for him not to get pressured, he has to get into conditions in which the team supports the experience. I put it at 1-0 and the youngster starts to lose the ball, I’m not giving him confidence. I’m taking away trust“, pointed out Vítor Pereira in a press conference after the match.

Vítor Pereira counted on Raul Gustavo, Du Queiroz, Adson and Gustavo Mantuan among the starters last Sunday. Xavier and Lucas Piton entered the field during the match. In addition to them, veteran Fagner, also trained at the club, came to the pitch.

The Corinthians coach pointed out that younger athletes need a right moment to enter the field. Vítor Pereira considered that the conditions cannot take away the athlete’s confidence and that a game with a dangerous score, as it was against Goiás, is not such a positive scenario for the players.

For this reason, the alvinegro coach pointed out that Matheus Araújo, Giovane, Robert, Felipe and Wesley were not put on the field in front of the Goiás team. The quintet was listed for the match and was on the bench.

“They need more time, they are training with us. They need to enter at the right time so that their confidence is not taken away by two or three whistles. There have to be conditions to launch the boys from the base. First work well with them and then calmly give them space. If not, one day, we have an all-young team playing. We have to take it easy. We have to be balanced there, earning points. Today we played with level in the first half, but we couldn’t maintain it. It goes down, the second goal didn’t come, the game loses quality. As the game went on, it pulled us back. I can’t put youth from the base in a 1 to 0, in a game that is dangerous“, concluded Vítor Pereira.

Corinthians returns to the field this Wednesday. Timão welcomes Santos, at 21:30, at Neo Química Arena, for the first leg of the round of 16 of the Copa do Brasil. On Saturday, the classic will also take place in Itaquera, at 19:00, for the Brasileirão.