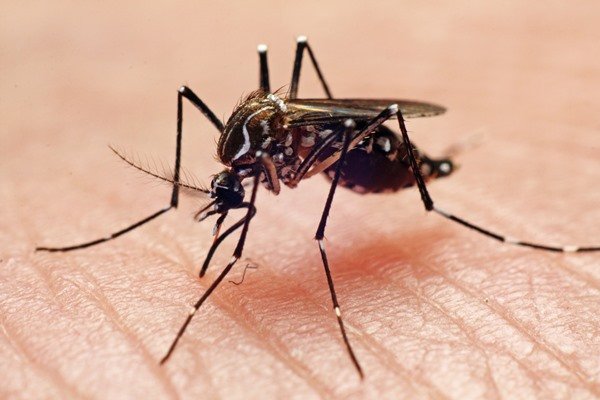 The 22nd epidemiological bulletin of the Undersecretary of Health Surveillance, of the Health Department (SES-DF), shows four more deaths from dengue in the Federal District in 2022. Until the last bulletin, updated on June 10, there were three deaths recorded in the capital from the country. Now, the DF has seven fatal cases of the disease transmitted by the Aedes aegypti mosquito this year, according to a report updated last Friday (17/6).

Since January, 897 notifications of the disease with warning signs and 42 serious cases have been confirmed in the DF. In the same period of 2021, there were nine deaths from dengue in the DF.

Dengue is an infectious disease transmitted by the bite of the Aedes aegypti mosquito. With a higher incidence in the summer, its main symptoms are body aches and high fever. Considered a serious public health problem in Brazil, the disease can lead the patient to death.Joao Paulo Burini/Getty Images

Aedes aegypti has diurnal habits, can be found in urban areas and needs standing water to allow the larvae to develop and become adults, after the eggs hatch, within 10 days.Joao Paulo Burini/Getty Images

Infection of humans happens only with the bite of the female mosquito. Aedes aegypti transmits the virus through saliva by feeding on blood, which is necessary for eggs to be produced.Joao Paulo Burini/Getty Images

Overall, dengue has four serotypes. This means that a single person can be infected by each of these microorganisms and generate permanent immunity to each one of them. That is, it is possible to be infected up to four timesBloomberg Creative Photos/ Getty Images

The first signs are usually not specific. They appear about three days after the mosquito bite and can include: high fever, which usually lasts for 2 to 7 days, headache, body and joint pain, weakness, pain behind the eyes, rash, nausea, and vomiting. vomitingGuido Mieth/Getty Images

In the period of decrease or disappearance of fever, most cases progress to recovery and cure of the disease. However, some patients may experience more severe symptoms, which include bleeding and can lead to death.Peter Bannan/Getty Images

In severe cases, the symptoms are: persistent vomiting, intense and continuous abdominal pain, or pain when the abdomen is touched, loss of sensitivity and movements, bloody urine, bleeding of the mucous membranes, dizziness and drop in pressure, enlargement of the liver and red blood cells or erythrocytes in the bloodPiotr Marcinski / EyeEm / Getty Images

In these cases, symptoms result in shock, which happens when a critical volume of blood plasma is lost. Signs of this condition are clammy skin, a rapid and weak pulse, restlessness, and a decrease in blood pressure.Image Source/ Getty Images

Some patients may also have neurological manifestations, such as seizures and irritability. Shock is short-lived and can lead to death within 12 to 24 hours, or rapid recovery after appropriate anti-shock therapy.Getty Images

Despite the severity, dengue can be treated with analgesics and antipyretics, under medical supervision, such as paracetamol or dipyrone to relieve symptoms.Guido Mieth/Getty Images

To complete the treatment, rest and fluid intake are recommended. In the case of dengue hemorrhagic fever, therapy should be carried out in the hospital, with the use of medication and, if necessary, platelet transfusion.Getty Images

In the first six months of the year, the DF reached the mark of 54,713 probable cases of dengue. The number represents an increase of 466% in this regard, compared to the same period in 2021, when there were 9,928 notifications.

Regarding the disease situation in the administrative regions, Ceilândia had the highest number of probable cases, with 9,730 occurrences, followed by Samambaia, with 4,931, and Planaltina, with 2,981.

See important precautions in the fight against dengue:
– Cover water tanks, vats and cans;
– Store empty bottles upside down;
– Store tires under shelters;
– Do not accumulate water in the dishes of plant pots and fill them with sand;
– Keep drains, pipes, gutters, awnings and marquees unclogged;
– Keep trash cans closed.

She's our PC girl, so anything is up to her. She is also responsible for the videos of Play Crazy Game, as well as giving a leg in the news.
Previous Treasury Direct: rates operate mixed with perception of peak inflation and fiscal risk
Next ‘Affective responsibility doesn’t mean you have to have a reciprocity of affection’, says ghosting expert | Fantastic