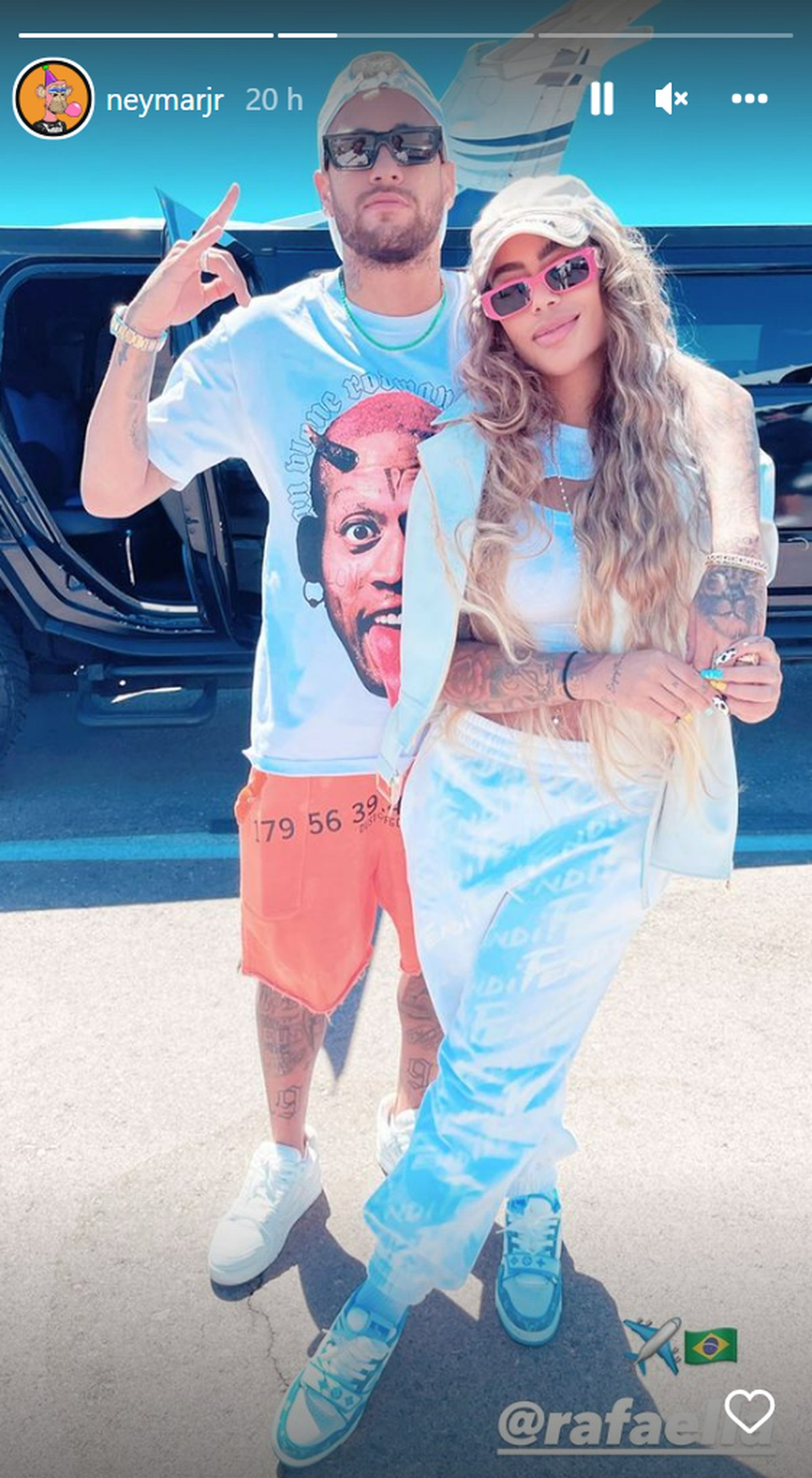 The plane carrying Neymar from the USA had to make a forced landing in Boa Vista, capital of Roraima, because of a problem with the windshield. To avoid issues with pressurization, the aircraft deviated from the original route and landed around 2 am on Tuesday at the city’s airport.

In addition to Neymar, his girlfriend, Bruna Biancardi, his sister, Rafaella, and some friends were on board. All spent the night in Boa Vista and will continue in the next few hours to São Paulo. ESPN has officially published the information, and ge has confirmed it.

Profiles of Neymar fans posted photos in which the Brazilian appears with employees who would be from the airport in Boa Vista. In them, he appears wearing the same outfit he wore when he posted boarding his aircraft alongside his sister. Neymar also made a record of his flight leaving the city of Miami.

Neymar spent part of his vacation in the United States with his girlfriend, sister and friends. He passed through several cities, such as Las Vegas. He returned to Brazil for the final stretch of the rest period, before heading back to Europe to start pre-season with PSG.

Neymar next to Rafaella before returning to Brazil – Photo: Reproduction/Instagram