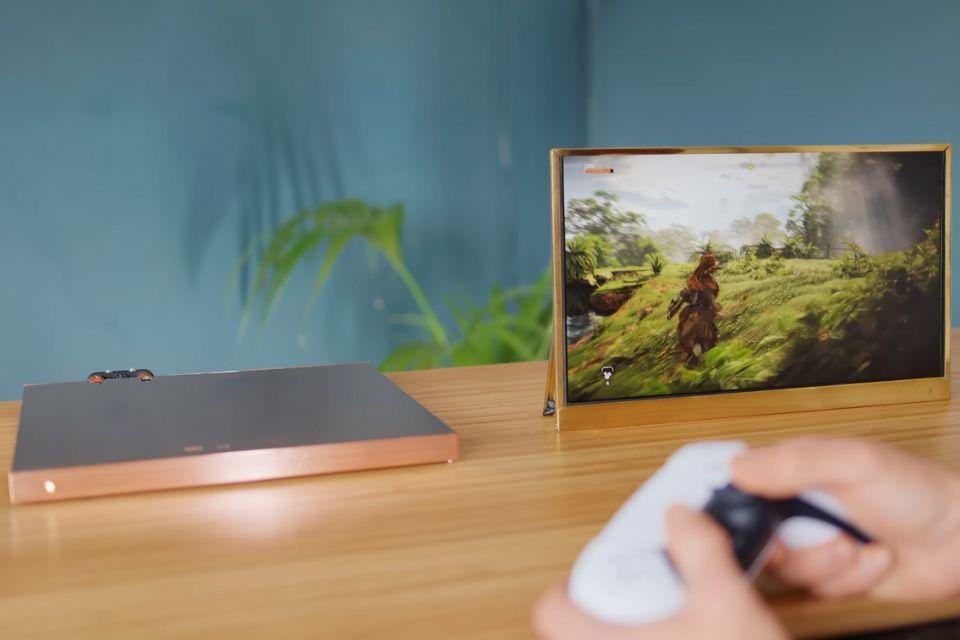 A YouTuber specializing in technology and homemade projects called DIY Perks decided to create a scaled-down version of the PS5 — what could be a “PS5 Slim”. Using liquid cooling, we see an impressive downsizing for the console, which is known for the sheer amount of space it takes up.

The project also changes the look of the PS5 a lot, leaving its tower style with pronounced flaps, it becomes a very discreet and easy to hide flat rectangle, for those who prefer. Check it out in the video:

Those who watch everything will realize that the solution involves something that can be considered a “cheating”. To keep the processing unit and memories in such a small space, DIY Perks moved the power supply and cooling parts to a separate part — with a very considerable size.

That second part is just hidden away to offer the illusion of a tiny console, but it’s still something the gamer would have to deal with if that was the official PS5 design.

It is also worth noting that the project has a danger. Only by having wrongly supported its cooling unit, the airflow was blocked, which burned the homemade “PS5 Slim”. A second attempt, replacing the damaged parts and properly supporting the cooling part, showed temperatures lower than the original PS5 design while playing.

We still don’t have information or leaks about a possible official PS5 Slim, but following the trend of all generations of the console, it’s the most expected that Sony does.

Raju has an exquisite taste. For him, video games are more than entertainment and he likes to discuss forms and art.
Previous Copom Minutes: BC projects inflation of 4% in 2023 and higher interest rates for longer
Next Tenório’s son in the first version of ‘Pantanal’ has lived in the US for 22 years and is the father of 4 children