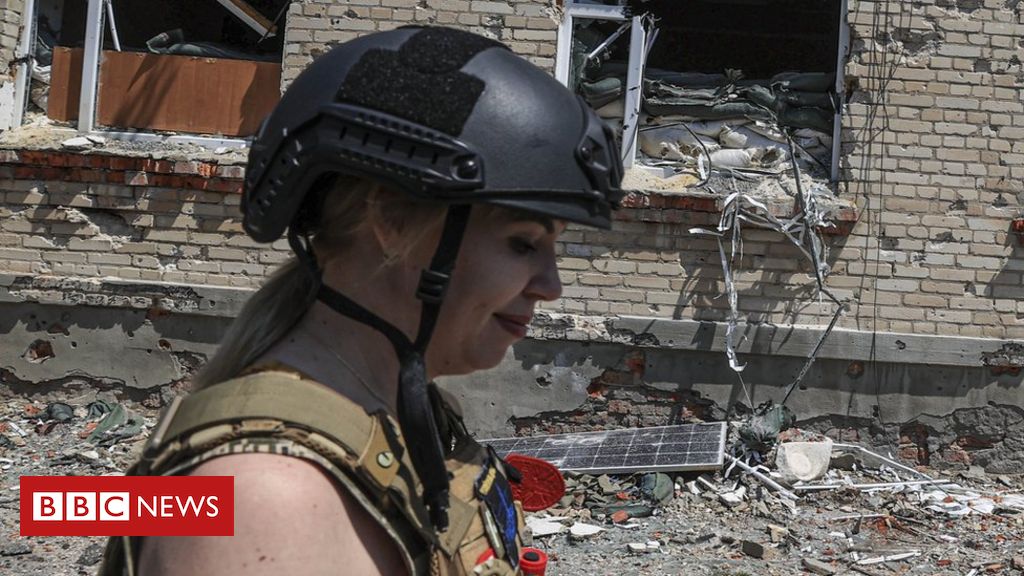 The West must prepare to continue supporting Ukraine in the war for years to come, warned the head of the North Atlantic Treaty Organization (NATO).

Jens Stoltenberg, the body’s secretary general, said the costs of war were high, but the price of letting Moscow achieve its military goals was even greater.

And in a stern warning, the newly appointed head of the British Army said the UK and its allies needed to be able to win a land war with Russia.

General Patrick Sanders, who took office last week, said the following in an internal message, which the BBC had access to:

“Russia’s invasion of Ukraine highlights our primary objective — to protect the UK and be ready to fight and win wars on land — and reinforces the demand to stop Russian aggression with the threat of use of force.”

“We need to prepare for the fact that it could take years. We cannot give up on supporting Ukraine,” the NATO chief said in an interview with German newspaper Bild.

“Even though the costs are high, not just for military support, but also for rising energy and food prices.”

The head of the Western military alliance said supplying Ukraine with more modern weapons would increase its chances of liberating the Donbass region, much of which is currently under Russian control.

In recent months, Russian and Ukrainian forces have fought for control of territory in the east of the country — with Moscow making slow advances in recent weeks.

In an article published in the British newspaper Sunday Times, Boris Johnson accused Russian President Vladimir Putin of resorting to a “campaign of exhaustion” and “trying to destroy Ukraine out of sheer brutality”.

“I fear we must prepare for a long war,” he wrote.

“Time is of the essence. It all depends on whether Ukraine can strengthen its ability to defend its soil faster than Russia can renew its attack capacity.”

The prime minister, who visited Ukraine’s capital on Friday, said the supply of weapons, equipment, ammunition and training to Kiev had to outpace Moscow’s efforts to rearm.

Ukrainian officials have spoken openly in recent days about the need to increase the country’s supply of heavy weapons if the aim is to defeat Russian forces.

On Wednesday, the country’s Defense Minister Oleksiy Resnikov met with about 50 countries of the Contact Group on Ukraine’s Defense in Brussels to ask for more weapons and ammunition.

So far, the country’s Western allies have offered large supplies of weapons, but Ukraine says it has received only a fraction of what it needs to defend itself — and is asking for heavier weapons.

Russian officials are often critical of NATO’s military support for Ukraine, and in an interview last week with the BBC, the country’s Foreign Minister Sergei Lavrov cited the prospect of Ukraine joining the Western alliance as a reason for the earlier invasion. of everything.

“We declared a special military operation because we had absolutely no other way of explaining to the West that dragging Ukraine into NATO was a criminal act,” Lavrov told the BBC.

Ukraine is not a member of NATO, and although it has expressed a desire to join the organization, there is no timetable for it.

– Russia is trying to make Kharkiv a “frontline city”, according to Vadym Denysenko, adviser to Ukraine’s Interior Minister;

– Ukraine’s parliament unanimously voted to ban Russian music in the media and in public spaces; a separate bill bans the importation of books from Russia and its main ally, Belarus;

– Germany said it is planning emergency measures, including a possible increase in the use of coal, to secure energy supplies in the event that Russia cuts off or interrupts gas supplies;

– Hollywood actor Ben Stiller visited Poland and Ukraine as part of a trip to the region in the role of ambassador for the United Nations High Commissioner for Refugees (UNHCR).