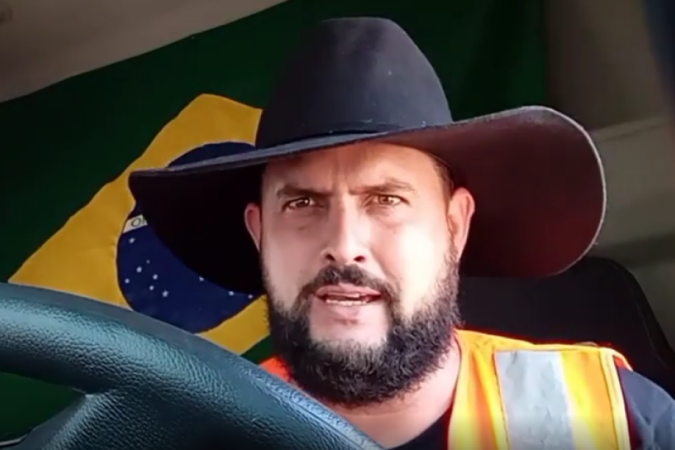 Bolsonarista Marcos Antônio Pereira Gomes, known as Zé Trovão, defied the order of the Federal Supreme Court (STF) – which prohibited him from posting on social media – and released a video on Telegram this past weekend. In the recording, he asks the truckers to wait until next week to go on strike.

Thunder is the subject of an investigation on suspicion of organizing anti-democratic acts. He admits to being aware that he could not publish on the internet. “I’m putting my freedom on the line here,” he said in the video.

Truck drivers have already admitted the possibility of paralyzing activities, due to the increase in diesel, announced by Petrobras last week. Bolsonarista, Zé Trovão urged truck drivers to demonstrate in front of Petrobras refineries next Monday (27/6) and said that the state company plans to carry out a coup in the country.

“If that doesn’t happen, next week we’ll do something organized,” he said. “Bolsonaro is doing everything he can to make Brazilian transport viable,” he said.

Trovão was arrested at the end of October, following an arrest warrant for STF Minister Alexandre de Moraes, for inciting violence and anti-democratic acts during the Independence Day holiday demonstrations. He remained in detention until the end of December, when he obtained authorization for house arrest.

Despite the benefit, he is prohibited from posting on social networks and from keeping in touch with other investigated.

Zé Trovão is one of the main characters involved in the incitement of anti-democratic acts of 7 de Setembro. It is not yet known how and with what resources the Bolsonarista escaped from the Federal Police’s searches. The youtuber who encouraged stoppages and invasions of the STF and the National Congress began to become known from March this year.

Through the channel “Zé Trovão, a Voz das Estradas”, now off the air, Marcos Gomes had around 40,000 followers on YouTube and later migrated to Telegram, where he already had accounts taken down, but opened new ones.