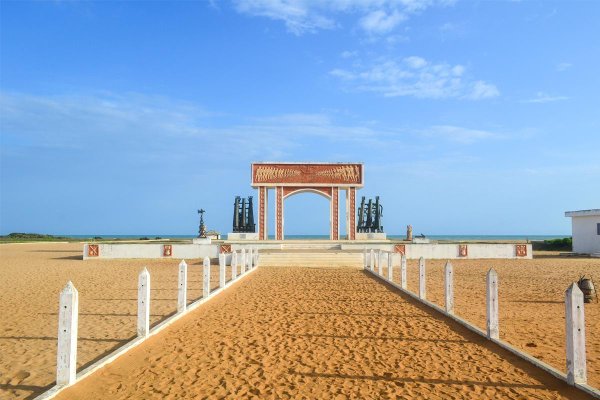 6 amazing places that carry a lot of history

Historic places exist so that we can take some lessons from the past to the present. They also help us to revive memories, especially those related to good times.

And around the globe we can find these clippings of humanity’s past, resisting time and keeping alive the flame of what brought us here. Thinking about contributing to the perpetuation of historical memory, we brought you 6 historical places and told you a little about them. Check out.

The Iron Age is how the period in which the access of societies to the handling of iron was established, close to 1200 BC, in the regions that today comprise the Near East and Southeast Europe.

In 2020, a group of archaeologists discovered evidence of a large temple complex dating from this period in the town of Armagh, Northern Ireland. The site was named Fort Navan and evidence points to it having been a space occupied by kings in the early medieval era. It is considered one of the largest and most complex temples ever discovered in Europe.

Palau is an archipelago of over 500 islands in Micronesia. There is an archaeological site where 52 basalt monoliths, known as the Stone Monoliths of Badrulchau, have been resting on the slopes of the island of Babeldaob since the year 161.

Some of these rocks have faces carved into them and experts believe they were used as pillars for houses by the island’s inhabitants. There is a whole local legend uniting the monoliths to the divine presence, a space much visited by tourists.

Salem, in the state of Massachusetts, is a historic city, known as the base of formation of the region called New England. Its fame spread through the trials that took place in the city at the end of the 17th century, in which people were accused of witchcraft, mainly women.

Between February 1693 and May 1694, 200 people were accused, 30 convicted and 20 executed, 19 by hanging. The town has the Salem Witches Memorial Park, where a monument pays tribute to Rebecca Nurse, one of the condemned “witches”.

The discovery of the Taung Archaeological Site has changed the way science looks at human history. Taung is a small town in South Africa and very important fossils have been found there.

They were referred to paleontologist Raymond Dart in Johannesburg, who studied it and identified it as a child. The fossil was named “Child of Taung” and was responsible for changing the interpretation of human origins from Eurasian to African.

In the region, other dozens of fossils were discovered, to the point of UNESCO declaring it a World Heritage Site. Not every place can be visited as research continues, but there is a route that can be taken that passes close to the discovery site of the “Child of Taung”

The Slavery Memorial is located on Zanzibar, an island off the coast of Tanzania, Africa. For about seven centuries, the region was a Muslim-controlled slave post. People were captured in the interior of the continent, chained and taken on foot for 1,300 kilometers.

On the site of the former slave market, an Anglican Cathedral was built. In the basement was where the cells were, some accessible to tourists. Adjacent to the building is the Slavery Memorial, five sculptures chained by the neck. The chains are original, used in the early 19th century. The space is a UNESCO World Heritage Site.

6. Portal of No Return of Benin

The coast of Benin, in Africa, was an area of ​​active slave trade, much used by the Portuguese. Formerly known as Costa dos Escravos, the territory was rebuilt in 1721 and renamed Fort of São João Batista de Ajudá.

Traveling along the Slave Route towards the ocean, one arrives at the Portal of Non-Return, the place of departure for the enslaved and where they saw Africa for the last time. The monument, about 15 meters high, was inaugurated by UNESCO in 1995 and is a symbol of one of the darkest periods of humanity.