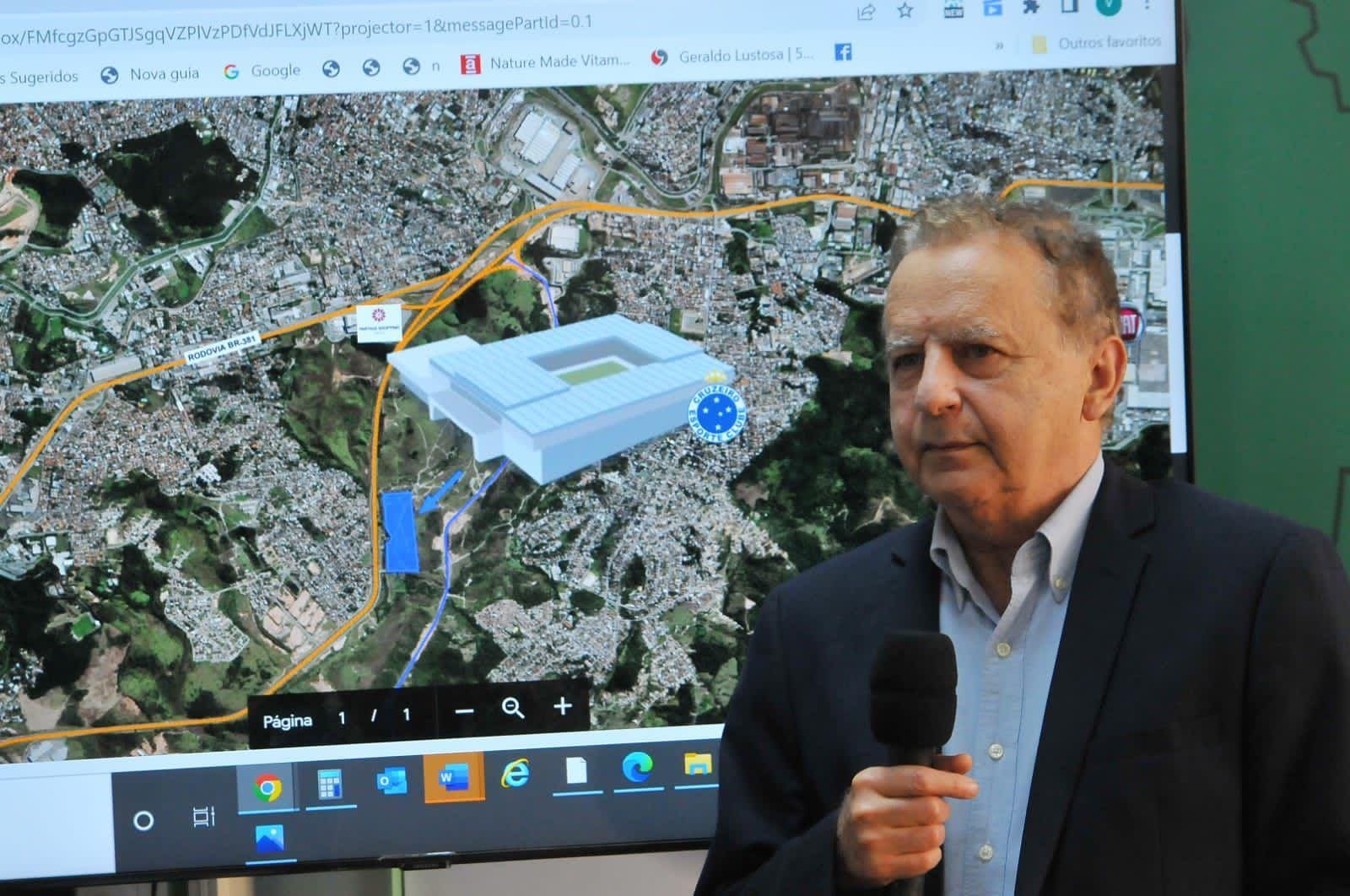 The Municipality of Betim would already have an initial conversation with an investor to enable the multipurpose arena in the municipality. The meeting of this partner with the mayor of the city, Vittorio Medioli (without a party), has a date to take place: the first week of July. From this meeting, the stadium construction project can proceed.

The project will have a capacity of approximately 46,000 fans, and may reach 50,000, and its cost is estimated at R$ 450 million, with a forecast of 24 months of construction.

This week, Vittorio Medioli met with representatives of the SAF do Cruzeiro to present the proposal for a public-private partnership (PPP) for the stadium for the celestial club. The meeting had a positive tone, with the guarantee of the signing of a letter of intent so that an understanding between the municipality and Raposa can be observed within 60 days, enabling the Betim Multiuso Arena. The meeting, held at the city hall of Betim, had a positive tone and Ronaldo’s team undertook to evaluate the project and present a response to the municipality.

Right-hand man of Ronaldo Fenômeno, Gabriel Lima, CEO of SAF do Cruzeiro, highlighted that the Arena in Betim is ‘definitely’ an option for the club, which will now analyze the proposal offered by the municipality of Betim.

“(We had) an interesting conversation, we are analyzing all our options and it definitely seems to be an option. We will analyze it with care and care. I also appreciate the presentation of the proposal to Cruzeiro”, declared the celestial executive.

Revenue of R$ 150 million for Cruzeiro

Cruzeiro has a great opportunity, as, in addition to not having to pay any amount to be part of the partnership, it would still receive something close to R$ 150 million, in addition to enjoying between 70% and 80% of all net income from organized events. by the club on site, in addition to the sale of chairs and 100 cabins, with different sizes. Cruzeiro will still be able to explore the stadium according to its interests.

The Multiuso Arena will be available for the holding of events, according to the interest of the manager of the enterprise, and Cruzeiro will also have the right to explore the Arena, according to its choice.

The infrastructure of the multipurpose arena in Betim will have a retractable roof. The land has an approximate area of ​​50 thousand m² (fifty thousand square meters), of an area of ​​97,261 m² (ninety-seven thousand, two hundred and sixty-one square meters). The municipality of Betim will be responsible for the entire process of licensing the land and works, also for carrying out all the road works around the arena, which are necessary.

In live on Twitch last Monday (20), Ronaldo Fenômeno proposed a poll to find out the acceptance of the fans regarding the possibility of an arena of their own in Betim or the administration of Mineirão. With 76% of the votes, Arena do Cruzeiro received the preference of the celestials. The majority shareholder of SAF Celeste commented on the result.

“Betim beat Mineirão? Wow, what a surprise. Play 3. There’s a lot of good things that are going to happen. We have a lot to do, but we can’t tell you everything. We’re working hard and I’m sure we’ll choose the best option for the celestial fan “, said Ronaldo.