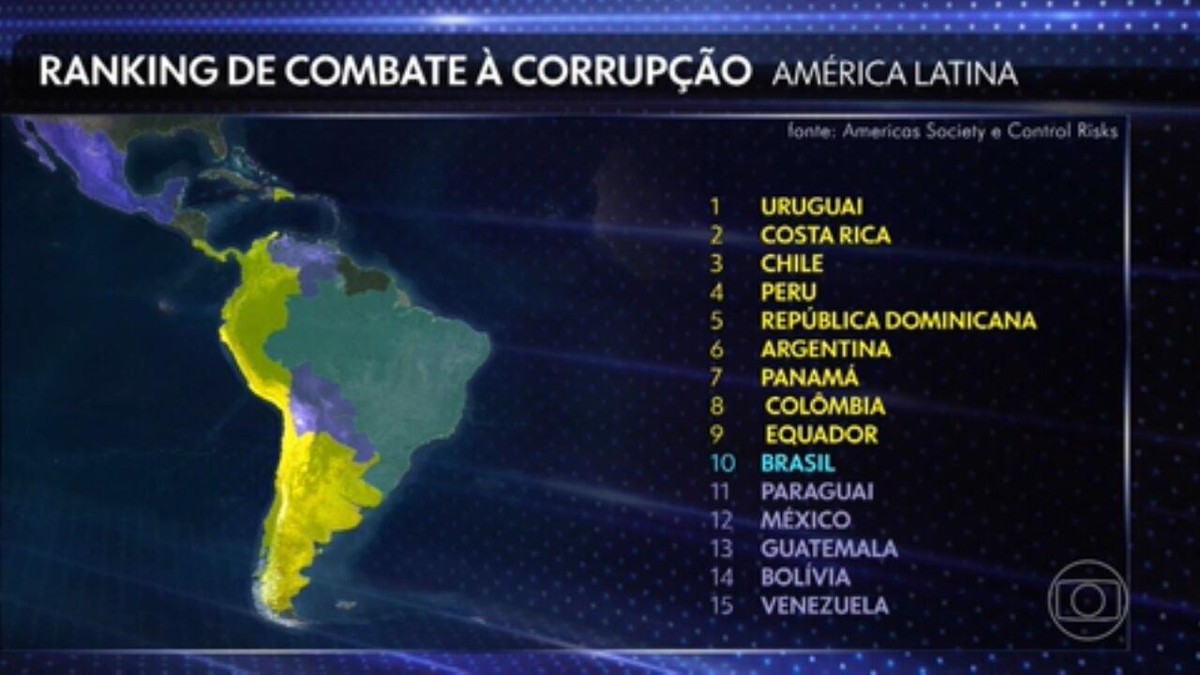 According to a survey by the Americas Society forum, in partnership with Control Risks, Brazil dropped four positions in the Anti-Corruption Capacity Index (CCC). In 2021, the country was the 6th placed, and now passed to the 10th place. It’s the third fall in a row.

This index assesses the ability of 15 Latin American countries to identify, punish and prevent cases of corruption.

The survey is divided into three categories: legal capacity; democracy and political institutions; and civil society and media. Fourteen variables are analyzed, including the independence of legal institutions and the amount of resources available to fight white-collar crimes.

See the ranking of each country:

According to the survey, one of the items in which Brazil went backwards the most was in independence and efficiency of anti-corruption agencies. The drop in scores for this item was 19%.

Of the five items in which Brazil was below average, two have to do with politics and with Congress.

The president of the Instituto ‘Não Aceito Corrupção’, Roberto Livianu, said that this result demonstrates the weakening of institutions and also of legislation.

“We live in a very complicated, very critical moment. We’ve had setbacks in the past year. We had a crushing of the administrative improbity law, the most important law in the country in terms of fighting corruption, the clean slate law as well,” she says.