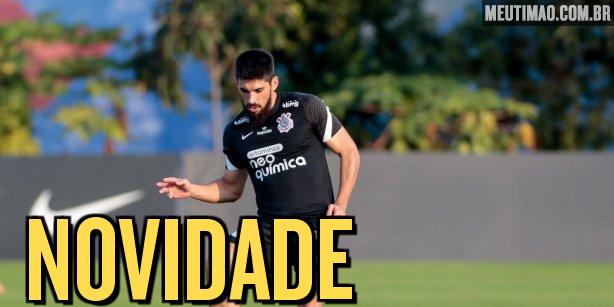 Corinthians schedule training sessions for Bruno Mndez at CT; defender should be opo on saturday

Abhishek Pratap 2 weeks ago Sports Comments Off on Corinthians schedule training sessions for Bruno Mndez at CT; defender should be opo on saturday 4 Views

Corinthians gained an important reinforcement for Vítor Pereira’s team this week. This is defender Bruno Méndez, who was on loan at Internacional. The player already does his first training in this return to the club this Thursday and should already be available on Saturday, against Santos.

The Corinthians coaching staff will work on the athlete’s reintegration throughout this Thursday, when he participates in training at CT Joaquim Grava with his other teammates. The club’s plan is for the player to be regularized in the CBF’s BID (Daily Informative Bulletin) by Friday at the latest, thus being able to play on Saturday.

Bruno Méndez had his termination with Internacional published in the IDB last Tuesday night and said goodbye to the Southern club on Wednesday. His loan contract would only come to an end at the end of June, but with the Rio Grande do Sul team’s withdrawal from buying him permanently, the end of the bond was brought forward.

Now, the player is expected with great optimism by the coach Vítor Pereira. In a press conference after Corinthians’ victory against Santos, for the Copa do Brasil, the Portuguese said he sees in Méndez a style of play that he likes, from a player who is competitive and has quality.

“This one is already ours, so I can talk. From the beginning, I had the idea that it was good to be ours, he is an aggressive player, with that spirit that I like, of being competitive, he has personality, quality, he is young, he has impulse, he can do more than one position and it will be very useful”, analyzed the professional.

With Gil injured and João Victor substituted in the confrontation with Santos with pain, the defense is left with Raul Gustavo and Robert Renan as certainties available to the coach. Thus, Bruno Méndez can make his debut this Saturday, when he should be listed for the first time. Corinthians faces the Santos team once again at Neo Química Arena, now at 7 pm and for the Brasileirão.