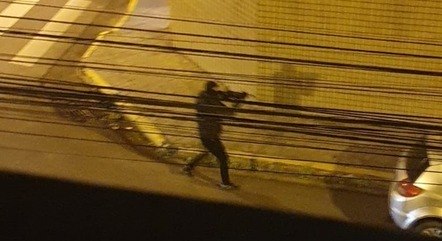 A heavily armed criminal group caused terror at dawn this Thursday (23), in the city of Itajubá, in the south of Minas.

According to the police, the gang attacked a Caixa Econômica Federal branch shortly before midnight.

At least six vehicles were used in the action. One of them was set on fire to prevent the passage of police. Residents recorded the exchange of fire and the explosion of bombs. Several city streets were taken over by criminals. The police headquarters was surrounded by criminals.


The prefecture of Itajubá, in an official note, confirmed that a person was injured in the leg during the action of the criminals and was being treated at the hospital.


Also according to the statement, men from the civil and military police were in search of the assailants, who fled in five vehicles, some towards Pouso Alegre and others towards São Lourenço.

Police confirmed that they clashed with the group in the regions of Brasópolis and Paraisópolis, in the south of Minas Gerais, and in the city of São Bento, on the border with São Paulo. A suspect was detained during the action.