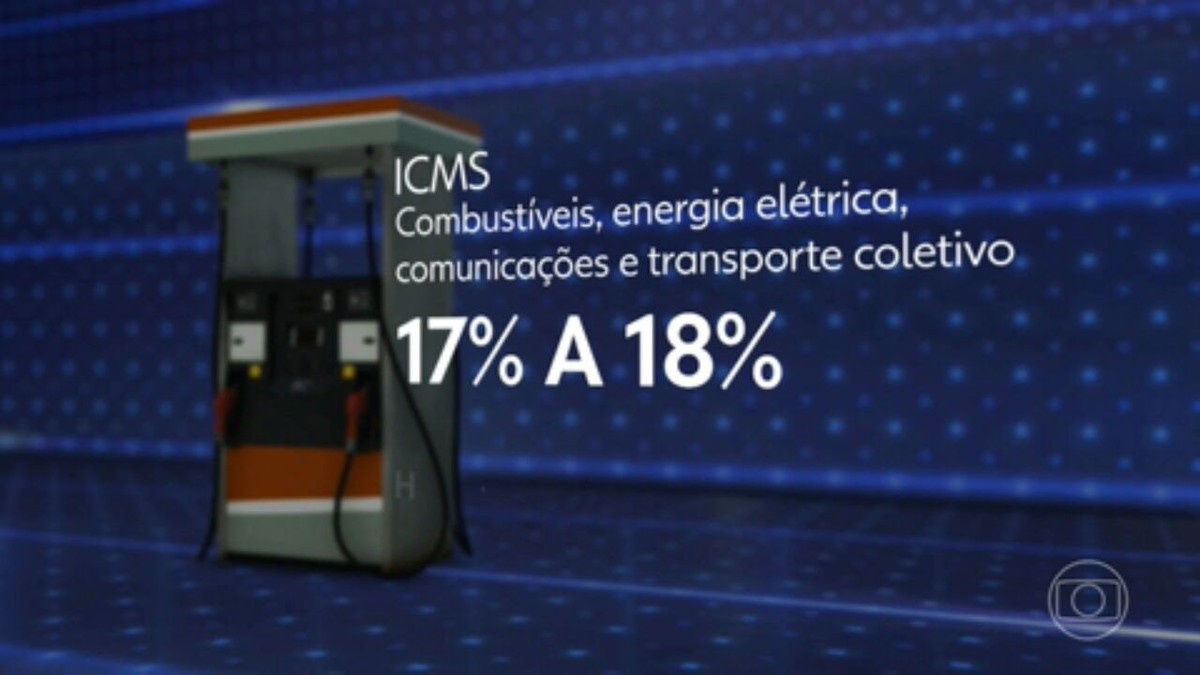 According to the text approved by Congress, these items are now classified as essential and indispensable, which prevents states from charging a rate higher than the general ICMS rate, which varies from 17% to 18%, depending on the location.

Until then, fuels and other goods that the project benefits were considered superfluous and paid, in some states, up to 30% ICMS.

Congress completes vote on bill that limits ICMS on fuels

The sanctioned law is one of the federal government’s bets to try to contain the soaring inflation, especially in fuel, this election year.

ICMS is a state tax, makes up the price of most products sold in the country and is responsible for most of the taxes collected by the states. Governors estimated a loss of about R$ 100 billion with the measure.

The proposal received criticism from states and municipalities, which estimate a loss of revenue of up to R$ 83 billion. In an attempt to mitigate the governors’ resistance, Congress approved some provisions that provided for partial compensation mechanisms from the Union to the states, however, some of them were vetoed by the president.

Among the vetoed norms is the one that provided that, in case of loss of collection caused by the ICMS ceiling, the Union should compensate the states and municipalities so that the constitutional floors of health, education and the Education Maintenance and Development Fund (Fundeb) had the same levels of resources that they had before the law resulting from the project came into force.

The section that determined that states that do not have debts with the Union could be compensated for their losses through the transfer of revenues from the Financial Compensation for the Exploration of Mineral Resources (CFEM) was also vetoed. In the case of these entities, the compensation would take place in 2023.

On the other hand, the president maintained the section that provides for the compensation of states indebted to the Union that have a loss in collection by deducting the value of the installments of the debt contracts.

Another veto targeted the device that provided for priority in contracting loans with the Union for states that already had an ICMS tax rate of 17% or 18% on items such as diesel, gasoline, natural gas, communications and public transport.

In justifying the vetoes, the president points out that the states received aid from the Union in 2020 because of the pandemic. Bolsonaro also argued that the entities had an increase in revenue, so they do not need compensation.

“Despite the pandemic environment, in the last two years a significant improvement has been observed in the fiscal situation of States and Municipalities, especially as a result of the growth in ICMS collection, with the collection losses of subnational entities being lower than initially expected and largely outweighed by the financial effects of offsets, instituted at the federal level in 2020, and which were followed by strong revenue growth after 2021,” says the veto.

The limitation of the ICMS rate was sanctioned the week after Petrobras announced an adjustment in the prices of gasoline and diesel sold to distributors. The new increase angered President Jair Bolsonaro and the president of the Chamber of Deputies, Arthur Lira (PP-AL).

Bolsonaro, who will seek re-election in October, is against readjustments, which impact inflation (11.73% in the accumulated in 12 months), and harm the evaluation of the government with voters.

The state-owned company argues that it is obliged, by law, to pass on to the domestic market the fluctuations of the foreign market in the price of oil and derivatives. Petrobras claims that, if it fails to do so, it could be sued in court for mishandling the pricing policy. And that there may be a lack of fuel in Brazil if the prices practiced here are too outdated in relation to abroad, as this would discourage importers.