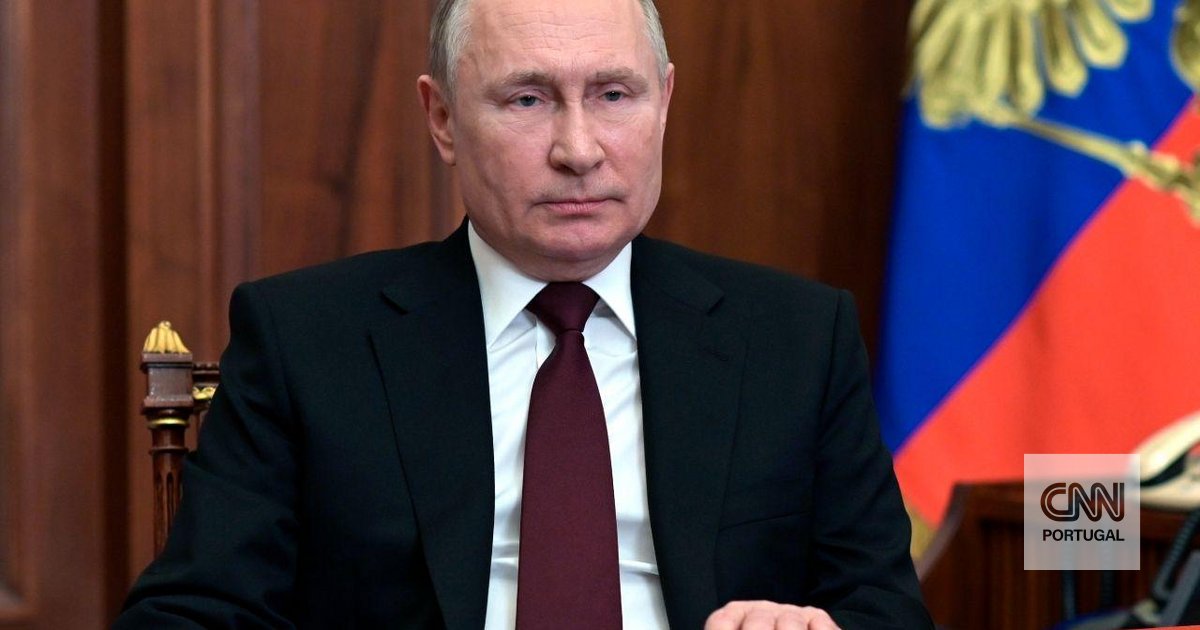 New trade routes, the “weak links” in the EU and the flight by sea. How Putin can evade Western sanctions

Abhishek Pratap 2 days ago News Comments Off on New trade routes, the “weak links” in the EU and the flight by sea. How Putin can evade Western sanctions 6 Views

Despite renewed efforts to punish violations of sanctions, the most likely, according to experts, is that Russia will continue to enlist the support of governments and companies that allow it to circumvent those same sanctions.

Four months after the invasion of Ukraine began, Russia continues to face a tug of war with the West, piling increasingly aggressive sanctions on Moscow’s economy. The European Union (EU) is already on the sixth sanctions package, which aims to embargo Russian oil, and there is already speculation about the need for a seventh to target gas.

As sanctions mount, so do the economic needs of Russia, which is heavily dependent on foreign investment. In addition, the Kremlin also needs to pay for the war effort in Ukraine, a task that is becoming increasingly impossible in the face of Western restrictions.

This means that sooner or later Russia will violate the economic sanctions being imposed on it, according to analysts. And there are several ways to achieve this, as several experts, politicians and a former US Treasury Department official explain to Politico.

It is true that sanctions have never been talked about as much as now, but the truth is that this is not the first time that Russia has been confronted with this type of measures coming from the West. In fact, this is the reality of Russia since the annexation of Crimea in 2014, when it was the target of the first economic sanctions. Since then, the country has been working towards self-sufficiency, but soon realized that it is not possible to guarantee the desired autonomy in all areas.

“Russia is in desperate need of chips, semiconductors and a number of essential raw materials such as lithium to continue to produce weapons systems necessary for military use. Without these sophisticated materials, the Russian military industry will be effectively crippled,” said a former US official. official responsible for Ukrainian trade, quoted by Politico.

In fact, Russia’s dependence on these matters “is very high”, stressed Maria Shagina, a researcher at the International Institute for Strategic Studies, admitting that, as new sanctions are implemented, Russia’s needs will naturally increase as well.

Countries “on the front line” of sanctions evasion

According to experts quoted by Politico, it is very likely that Russia will try to import sanctioned goods through new trade routes. And for that, Vladimir Putin has a very varied list of countries inside and outside Europe that are potential “weak links” in the application and enforcement of sanctions.

“Historically, there are some jurisdictions that have proven to be at the forefront” of sanctions evasion, said a former US Treasury Department official, pointing to Turkey and the United Arab Emirates as examples.

In addition, Russia can also appeal to its neighboring countries in the Eurasian Economic Union (EUE), which is made up of the Russian Federation, Belarus, Kazakhstan, Armenia and Kyrgyzstan. Former Western intelligence officials cited by Politico admit that we could see an increase in regular trade in that area. And with the increase in regular trade, the flow of illegal goods, namely sanctioned goods, can also increase.

An example of this was shared by Kevin Limonier, associate professor at the French Institute of Geopolitics, who reported the arrival in Kyrgyzstan of “a large number of Russians working in the Information Technology sector”. “But after going to bars in Bishkek, we realized that not everyone is here for political reasons. Some fled with the approval of their employers to circumvent sanctions,” he added, in a statement. Publication on twitter.

In addition to turning to neighboring countries, Russia can also look to the EU’s easiest border controls, given that some jurisdictions are lighter than others when it comes to enforcing and enforcing sanctions. Italy is an example of this, Maria Shagina pointed out, noting that the country was very close to sending sanctioned goods to Russia soon after the first sanctions in 2014. In addition, several vessels with connections to Germany, Italy, Greece and Bulgaria also docked. in Crimean ports that have been sanctioned.

The researcher also stresses that the EU’s action when faced with the violation of sanctions leaves much to be desired. Germany’s Siemens, for example, was involved in a controversy after two gas turbines were removed from Russian territory and transported to Crimea in 2016, when the region was the target of Brussels sanctions that prevented US companies from -members to provide technological elements related to energy production.

Polish MEP Anna Fotyga recalls that some company employees were still investigated, but the conclusions of that investigation were never known. “So far we have not heard anything about the legal consequences of this violation. On the contrary, Siemens kept its actions unchanged during these years. These attitudes were only possible because they totally converged [com] the Russian policy of Berlin”, added the former Polish Foreign Minister.

In response to these statements, a Siemens spokesperson clarified that the company has never been the subject of any prosecution, adding that “the lawsuits [em causa] concern individuals (mostly former employees)”. The company also assured that it supports sanctions against Russia.

the escape by the sea

With the recent European embargo on Russian oil, experts warn that Vladimir Putin may find ingenious ways to sell this raw material to finance the invasion and fuel his economy. One of these forms can occur at sea, with oil transfers from ship to ship. For example, a Russian ship in international waters unloads oil onto a second tanker, which then docks at the port of an EU country and labels the oil as coming from a non-sanctioned country.

Another trick – which, by the way, has been widely used since the beginning of the invasion of Ukraine, is to turn off the vessels’ trackers to hide their routes and activities.

Recently, the EU has advanced plans to criminalize evasion of sanctions implemented against Russia, in order to make it easier to seize the assets of companies and individuals who circumvent sanctions.

In addition, the community bloc has a new initiative under way called “Operation Oscar” to support financial investigations targeting criminal assets held by natural and legal persons covered by EU sanctions. However, the success of this operation will ultimately depend on the efforts of the law enforcement authorities in each country. warn experts.

Despite renewed efforts to punish violations of sanctions, the most likely, according to experts, is that Russia will continue to enlist the support of governments and companies that allow it to circumvent those same sanctions. But countries that facilitate Russian trade flows “know how to do business,” said Francesco Giumelli, a sanctions expert at the University of Groningen in the Netherlands. “[A Rússia] You will have to pay dearly for it.”

This week, former Minister of Education Milton Ribeiro was arrested – and later released – …