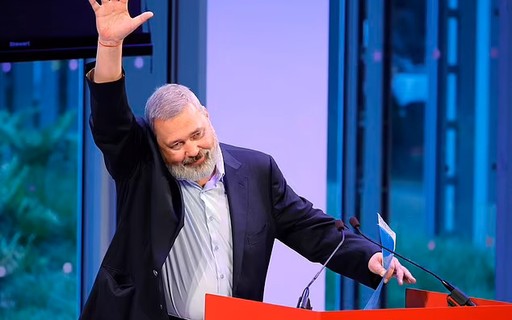 Winner of the Nobel Peace Prize in 2021, a Russian journalist auctioned the prize for US$ 103.5 million (equivalent to about R$ 535 million), to raise funds for children refugees by the war in Ukraine. Dmitry Muratov sold the gold medal to an as yet unidentified author.

The amount raised beat the record of other Nobel prize auctions. Before Muratov, the highest amount ever recorded was US$ 4.79 million (about R$ 24 million), paid in 2014 for the prize of James Watson, who won the gold medal in 1962 for having discovered, alongside by Francis Crick, the structure of DNA. Three years later, it was the turn of Crick’s family to auction their prize, raising US$ 2.27 million (approximately R$ 11 million).

Upon reaching $103.5 million, Muratov was surprised: “I expected there to be a huge amount of solidarity, but I didn’t expect it to be such a huge amount.”

The auction, which took place in New York and was organized by Heritage Auctions, ended last Monday (20), after almost three weeks of duration, on World Refugee Day. The amount will be donated to the United Nations Children’s Fund (UNICEF) for efforts to help children displaced by the war in Ukraine.

When asked about the choice of Unicef ​​as the recipient of the funds, Muratov insisted on highlighting the institution’s importance: “It is essential for us that this organization does not belong to any government. It can run above the government. There are no boundaries for that.”

Dmitry Muratov won the Nobel Peace Prize alongside Filipino journalist Maria Ressa. The two received the award in October 2021, when they were each honored with a gold medal and honored for their efforts to preserve freedom of expression in their countries.

The Russian journalist helped found the independent newspaper Novaya Gazeta, in 1993, shortly after the dissolution of the Soviet Union. In 2022, it became the only major newspaper to address criticism of Putin’s government and had to be suspended a month after Russia’s invasion of Ukraine, due to policies adopted by Moscow, which provide for severe penalties against critics of Kremlin-led military campaigns. .

Since 2000, at least six journalists and employees of Novaya Gazeta were killed. In April of this year, Muratov claims he suffered an attack while aboard a train in Russia. He claims he was sprayed with red acetone paint, causing his eyes to sting.