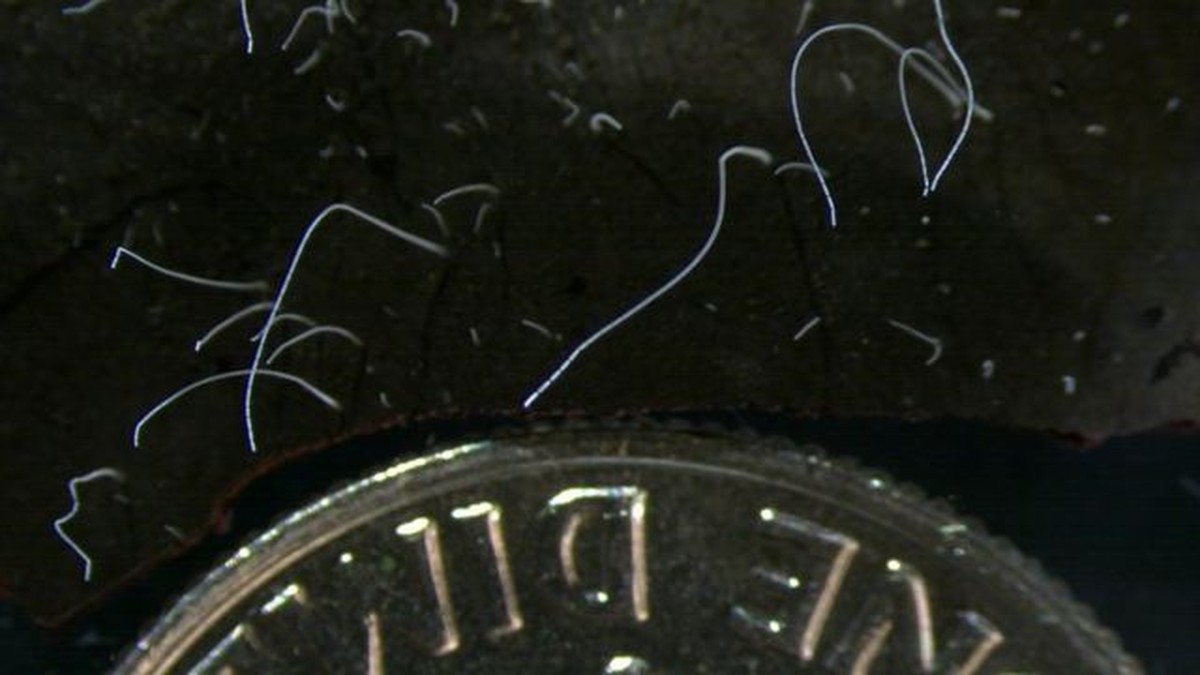 A group of scientists has just announced the details of the largest bacterium ever found in nature. It is so large that it can be seen with the naked eye, without the need for a microscope.

With the suggestive name of Thiomargarita magnifica, it resembles white lint and inhabits the mangroves of Guadalupe, an archipelago located in the southern Caribbean.

To give you an idea of ​​its size, this bacterium is more than 9,000 micrometers long (a micrometer is the unit of measurement that equals one thousandth of a millimeter), or exceeds 0.9 centimeters.

“At first, this makes us question even the use of ‘micro’ to describe these bacteria, since microbiology deals with things that we cannot see with the naked eye”, comments biologist Sylvia Maria Affonso Silva, from the Federal University of São Paulo. Paul (Unifesp).

The largest known bacteria reach a maximum of 750 micrometers. On average, these beings are about 2 micrometers.

This therefore means that T. magnifica is twelve times larger in size than the largest bacteria—and up to 4,500 times longer than a “typical” microbe.

It would therefore be possible to line up 625,000 units of Escherichia coli, one of the microorganisms that cause intestinal infections, on the surface of a single T. magnifica.

The discovery, which had the participation of researchers from several institutions, such as the Lawrence Berkeley National Laboratory, in the United States, and the University of the Antilles, in Guadeloupe, was published in the most recent issue of the specialized journal Science.

It is worth remembering here that bacteria are part of nature and not all of them are harmful to our health — T. magnifica does not seem to pose any threat and seems to be in balance in the environment in which it is found.

A not so ‘micro’ microbe

T. magnifica was found near leaves that fall from trees located in mangroves on the islands of Guadeloupe.

Scientists used various techniques and equipment to unravel the structure and metabolism of the new species.

From what has been observed, it belongs to a group known as sulfur bacteria.

In general terms, this means that these beings use sulfur, a chemical element present in abundance in those waters, to live and multiply.

“Bacteria are unicellular beings, composed of a single cell, which have the genetic material dispersed in their interior”, explains Silva.

In more complex organisms, DNA is stored inside the cell nucleus.

T. magnifica seems to be “halfway” between these two scenarios. Its more than 11,000 genes — three times the genetic code of other bacteria — are encapsulated within membranous structures.

“This differentiated genetic organization is something very interesting and attracts attention, because it seems to be in the transition between prokaryotic beings, like other bacteria, and eukaryotic beings, which are more complex”, analyzes Silva.

According to the scientists responsible for the finding, this different configuration represents an “innovation characteristic of more complex cells”.

“It is possible that this unique spatial organization indicates a gain in complexity that may have allowed T. magnifica to overcome size and volume limitations typically associated with bacteria,” the authors analyze in a press release.

However, it is not yet known why this new species has gotten so large in relation to its cousin-sisters.

“Why do these organisms need to be so long is another [questão] intriguing and challenging”, considers microbiologist Petra Anne Levin, from Washington University in St. Louis, USA.

The expert signs a brief analysis of the discovery, also published in Science.

“Another more philosophical question is whether T. magnifica represents the upper limit of the size of a bacterium,” he continues.

“This seems unlikely and, as the study itself illustrates, bacteria are infinitely adaptable and amazing — and should never be underestimated.”

– This text was published on BBC News Brazil.