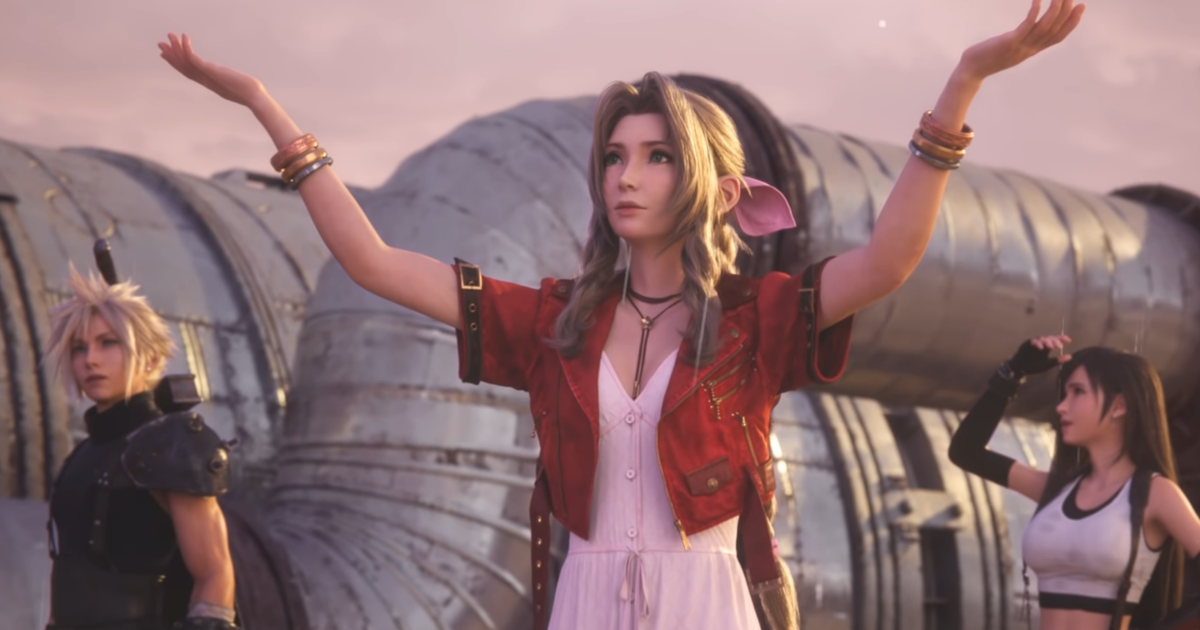 The history of Final Fantasy 7 is marked by some very tragic events. The best known of them even deserves to be reworked in the recreation. Whether in Rebirth or the last game in the Final Fantasy 7 Remake trilogy.

From now on, let’s talk openly about the original version. So, if you’re new to the seventh game’s universe, consider skipping this article altogether. Otherwise, you may see things that will spoil the surprise.

Back in 1997, a specific death traumatized an entire generation of fans of the Final Fantasy franchise. Evidently, we’re talking about Sephiroth’s murder of Aerith. Something that will hardly be part of the new version of Final Fantasy 7.

It’s obvious that Aerith’s death itself doesn’t have much to “fix”. The scene is fantastic. The problem is what happens shortly after that, when the team members all gather on the ship.

The player, at some point in the story, is informed that Elmyra, Aerith’s adoptive mother, was informed about her daughter’s death by Reeves… And that’s it. It seems the writers suddenly remembered that Aerith had a mother and improvised something to quickly close that door.

Elmyra has a highlight moment in both the classic game and the first chapter of the Remake, which is when Aerith’s past is revealed to us. There, it is evident that adoptive mother and daughter have always had a great relationship. After all that, it was only fair that the player at least saw Elmyra getting the news from Aerith or could send her some sort of message. They even come back to the subject during the Advent Children animation, but it’s still not satisfactory.

Everything is fine. Maybe it’s too much worry, but Aerith’s death is too impactful. It would make perfect sense to dig a little deeper into her mother’s state after this event. How she feels about Cloud’s group. If she feels any urge to take revenge on Shinra and Sephiroth. Literally anything other than the warning that she knows of Aerith’s death would suffice.

In the Remake, by the way, Aerith’s death has everything to be even more impactful. After all, Aerith is loved by almost everyone in the industry she lives in. Children, especially, idolize her. The weight of the flower seller’s death tends to be even more painful in this new version. And luckily, we’re likely to see all of them react to the news when the time comes.

Either way, it will hurt.

Raju has an exquisite taste. For him, video games are more than entertainment and he likes to discuss forms and art.
Previous Police investigate Oslo shooting as ‘terrorist act’
Next Junior makes a statement about illness, Sandy confirms and begs for help