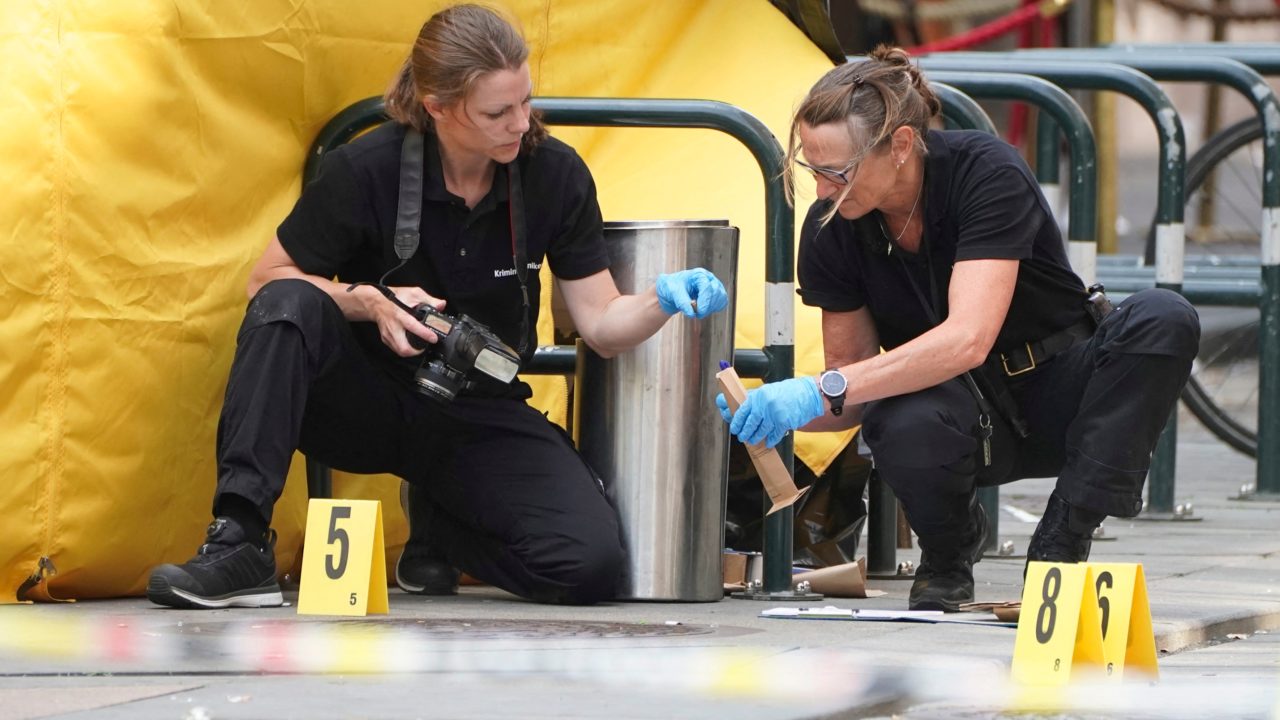 Norwegian police on Saturday opened an investigation into a “terrorist act” after the shooting that took place in front of three bars in central Oslo that left two dead and forced the cancellation of the LGBTQIA+ pride march scheduled for the afternoon.

The alleged perpetrator of the shooting, which caused two deaths and 21 injuries, ten of them serious, is a 42-year-old Norwegian man of Iranian origin, known to internal intelligence services, also in charge of anti-terrorism, Oslo police said.


“He is suspected of murder, attempted murder and terrorist act,” police official Christian Hatlo told a news conference. This charge was based on “the number of wounded and dead, the number of crime scenes – at least three – and […] [porque] there are good reasons to believe that he intended to sow terror,” he added.

According to police, the lives of the injured are not in danger. The shooting took place on Saturday morning around 01:00 (20:00 GMT) outside a pub, Per på hjørnet, where two people died, according to local media. Later, the assailant continued shooting in front of a nearby gay club, the London Pub, in the heart of the Norwegian capital, which was packed.

“There are reasons to think this is a hate crime,” Hatlo added, mentioning the type of establishment targeted, “especially the London Pub.”

The LGBTQIA+ Pride march, which was due to take place on Saturday afternoon in Oslo, has been cancelled.

Following “clear” recommendations from the Norwegian police, “all events related to ‘Oslo Pride’ have been cancelled,” the organizers wrote in a statement posted on Facebook.

As a show of solidarity, rainbow flags and bouquets of flowers were placed near the site of the attack, which was cordoned off, AFP journalists noted.

“Today reminds us that Pride is a day for which we must fight, that we have not yet reached the goal,” Trond Petter Aunås said near the scene of the events.

So far, the police believe that the shooter acted alone, although it remains to be seen whether he had help in preparing the attack. Police sent reinforcements to the capital to deal with possible incidents.

The man was arrested on Saturday at 1:19 am (8:19 pm on Friday, Brasília time), five minutes after the first calls to the police. The suspect had run-ins with police over minor offenses such as carrying a knife or possession of drugs, the source explained.

Two weapons were seized at the scene: an automatic weapon and a revolver, which Hatlo described as “old”. A witness interviewed by the Verdens Gang (VG) newspaper described a “war scene”.

“There were many injured people on the ground who had head injuries,” he reported.

A journalist from the public broadcaster NRK who was present at the scene explained that the attacker arrived with a bag from which he took the gun with which he fired.

“The shooting outside the London Pub in Oslo tonight is a horrific and deeply shocking attack on innocent people,” Norwegian Prime Minister Jonas Gahr Støre posted on Facebook.

“We still don’t know the reasons for this terrible act, but to the homosexuals who are now afraid and grieving, I want to say that we are all together with you,” he added.

King Harald declared himself “horrified” in an official statement. “We must unite to defend our values: freedom, diversity and respect,” he said.

Generally peaceful, Norway experienced a dark day on 22 July 2011, when right-wing extremist Anders Behring Breivik killed 77 people in a bomb attack on government headquarters in Oslo and a shooting at a Labor Party youth rally in Utoya Island.