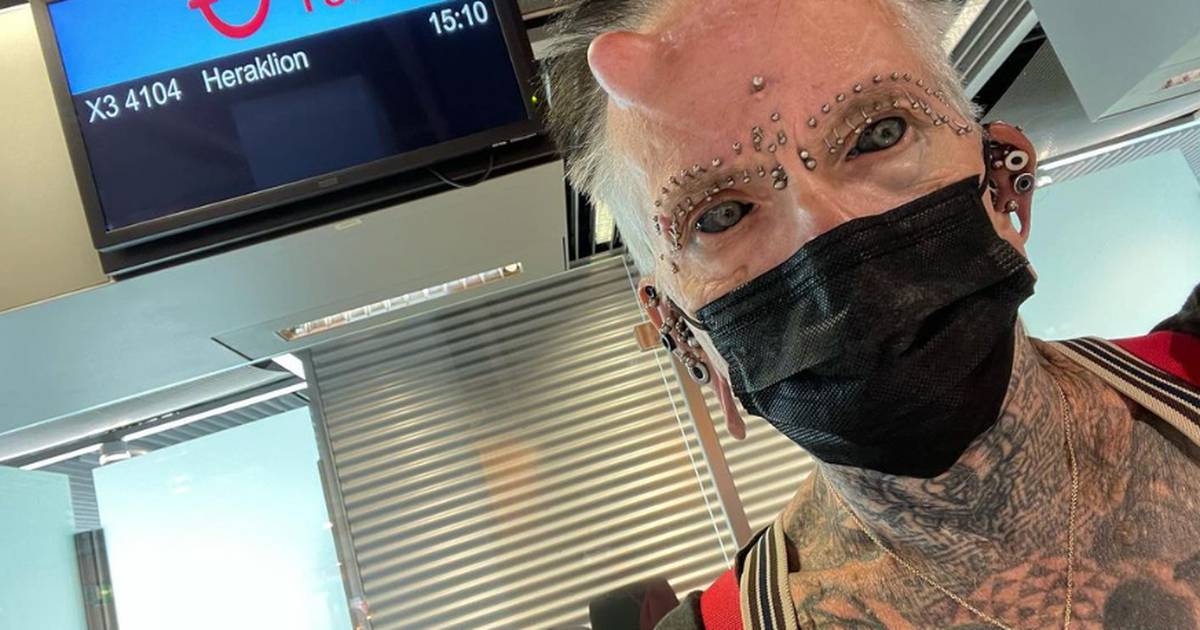 Abhishek Pratap June 28, 2022 News Comments Off on He revealed the before and after! 6 Views

Recognized by Guinness World Records as the man with the most body modifications, 62-year-old Rolf Buchholz decided to share with his followers an image of what he looked like before all the piercings and tattoos.

According to a publication by The Mirror, Rolf currently has more than 500 body modifications spread over his body, with 278 of his piercings can be located on his genitals. In addition, he still has horn implants on his forehead, several facial piercings, a forked tongue and a large part of his body tattooed.

Rolf, who is German, says he didn’t always have the “demonic” appearance, as he himself refers to his look. Before tattooing his eyeballs and over 90% of his body, he only had a few pieces of art spread across his skin.

Among the records shared by Rolf, who works in the field of information technology, are images in which he can be seen leaving the sea with no visible tattoos or piercings, while in another he can be seen with only a few tattoos scattered in specific places in his life. body.

For many people who knew him before the modifications, it was virtually impossible to recognize him today with the piercings and tattoos all over his body. Despite this, Rolf retains his personality.

“Many people think I’m the devil, but I don’t believe I am”, says the man who reveals how he began to fall in love with the world of body modifications: “I started because I liked body modifications. They were fun so I started doing more and more.”

“One day I realized I could break the record because I met other record holders and saw that I had more piercings than them. I didn’t make my modifications specifically to have the records, but it was great to be recognized,” says Rolf.

Read too: Man ‘destroys’ friend’s tattoo by making a design that matches hers

Despite taking pride in his unique appearance, Rolf’s modifications have already gotten him into trouble with the authorities. In 2014, for example, he was prevented from entering the UAE because of his implants and was forced to return to Germany.