The Public Ministry of São Paulo (MP-SP) reported this Monday (27) that it is investigating the conduct of the nurse who violated professional secrecy by threatening and leaking data on actress Klara Castanho. Investigations will be carried out in secrecy.

On Saturday (25), the 21-year-old actress published a report on her social media and revealed that she was raped, got pregnant and decided to deliver the baby directly for adoption.

The Children’s and Santo André Public Prosecutor’s Office reported that the entire procedure for handing over the newborn for adoption fully followed the procedure provided for in the Child and Adolescent Statute (ECA).

The president of the Federal Nursing Council (Cofen), Betânia Maria dos Santos, said this Monday (27) to GloboNews that the nurse responsible for threatening Klara and leaking the artist’s personal data could lose her professional record.

Both the Federal Council and the Regional Nursing Council investigate the actress’ complaint, that a nurse would have approached her and threatened to disclose to the press information about the delivery for adoption of a baby resulting from a rape.

He wrote an open letter on Saturday night (25), repudiating the leak of the story. (read more below).

On Sunday (26), in a statement, Cofen expressed “deep solidarity with actress Klara Castanho, who, after being a victim of sexual violence, had her right to privacy violated, during the process of voluntary delivery for adoption, as guaranteed by the Statute of Children and Adolescents (ECA)”.

He also informed that, in view of the facts, he determined the investigation of the occurrence and “will take all appropriate measures to identify those responsible for the leakage of confidential information relevant to the case”.

“Cases like this must be rigorously punished, so they don’t happen again. In the same way, communicators who misrepresent the social function of journalism to destroy people’s lives must be execrated. Private life is not a public matter,'” he says.

Also in a note, Coren-SP stressed that it is up to the council to investigate situations in which there is an ethical violation practiced by a nursing professional and to adopt the measures provided for in the Code of Ethical Process of Nursing Councils.

It also says that “it will follow the rites and adopt the necessary procedures for the due investigation, as occurs in every complaint about professional practice. Thus, Coren-SP emphasizes the necessary caution to take the correct measures to investigate the facts” and expresses his solidarity with the actress.

“As soon as it has the necessary information for the investigation, Coren-SP reinforces that all investigation procedures will be duly carried out”, he concludes.

The hospital where Klara was hospitalized, in the metropolitan region of São Paulo, informed, in a note, that an internal investigation will be opened to investigate the complaint made by the actress.

In the text, released this Sunday (26), the institution says that “its principle is to preserve the privacy of its patients as well as the confidentiality of the information in the medical record. The hospital sympathizes with the patient and family members and informs that it has opened an internal investigation for the investigation of this fact”.

In the open letter she published, Klara Castanho says: “I cannot be silent when I see people conspiring and creating versions of repulsive violence and trauma that I suffered”.

“This is the most difficult account of my life. I thought I would take this pain and weight with me alone.”

In the publication, the actress tells about the violence suffered and its consequences. She says she was approached by a nurse moments after giving birth, who threatened to divulge her story. Soon after, the actress received messages from a columnist. “My story going public was not my wish.”

“I was raped. Remembering that episode brings a feeling of death, because something died in me. I wasn’t in my city, I wasn’t close to my family or my friends”, says the actress.

The artist says that she did not file a police report at the time because she felt ashamed and guilty. “I had the illusion that if I pretended that it didn’t happen, maybe I would forget it, get over it. But that didn’t happen. The only things I had the strength to do were: take the morning-after pill and do some tests”, he says. . “Only my family knew what had happened.”

Months later, according to her report, she began to feel unwell and, in the midst of tests, she discovered the pregnancy was already in an advanced stage. “It was a shock, my world fell apart. My menstrual cycle was normal, so was my body. I hadn’t gained weight or a belly,” she says.

Klara claims that, during a consultation, she was forced by the doctor to listen to the child’s heart, which she considered a new violation.

“At that moment of the examination, I felt violated again, again guilty. In a medical consultation I told of being raped, I explained everything that happened”, she says.

“The doctor had no empathy for me. I was not a woman who was pregnant by will and desire, I had suffered violence. And even so, the professional forced me to listen to the child’s heart, he said that 50% of the DNA were mine and that I would be forced to love him.”

Under Brazilian law, Klara would have the right to have a legal abortion. The actress claims, however, that she made the decision to make a direct delivery for adoption. Voluntary delivery for adoption is provided for in the Child and Adolescent Statute (ECA) and allows the mother to hand over the child for adoption in a procedure assisted by the Justice.

According to Klara, the child was born a few days after the pregnancy was discovered. The actress claims that she got in touch with a lawyer and did all the legal procedures.

“Everything I did was thinking about protecting the child’s life and future. Every step is documented and in accordance with the law”, he says.

“The child deserves to be raised by a loving family, duly qualified for adoption, who have no memories of such a traumatic event.”

In the letter, Klara also says that, moments after giving birth, still under the effects of anesthesia, she was approached by a nurse who threatened to tell her story to a columnist. “When I got to the room, there were already messages from the columnist, with all the information. He just didn’t know about the rape. I talked to him, explained everything that had happened to me.” The actress does not name names and says that she was contacted by another columnist.

“The fact that they knew shows that the professionals who should have protected me in a moment of extreme pain and vulnerability, who have a legal obligation to respect the confidentiality of the delivery, were not ethical, nor had any respect for me or the child”, says.

In the letter she published, Klara says she didn’t want to expose this traumatic episode. But gossip websites and networks brought not only the story to the public, but also speculation and attacks on the actress.

It all started with a post by journalist Matheus Baldi on May 24, saying that Klara had given birth to a child. The post was deleted at the request of the actress.

A month later, last Thursday (23), presenter Antonia Fontenelle further incited the comments against Klara on the internet. Without mentioning the name of the actress, she said in a live, in a very aggressive tone, that a 21-year-old actress would have gotten pregnant and given the baby up for adoption.

It was after that that Klara decided to speak up for the first time, through the letter. Then, columnist Léo Dias, from the website Metrópoles, published a text detailing the case.

According to experts, both Léo Dias and Antonia Fontenelle can be held accountable for defamation.

In a post published this Saturday (25), the editorial director of Metrópoles, Lilian Tahan, said that the site had unacceptably exposed the data of a woman victim of brutal violence and that the article was removed from the air.

This Sunday afternoon (26), columnist Léo Dias published an apology to the actress. He said he shouldn’t have written a single line about the story or made any comment about something he doesn’t have a say in. On video, Antonia Fontenelle tried to disclaim responsibility and did not apologize.

Klara Castanho debuted on children’s television, in the series “Mothern”, by GNT, in 2006. Before that, since she was a baby, she was already doing advertising campaigns.

It was in 2009 that the biggest successes began, when the actress was part of the cast of “Viver a Vida”, a plot by Manoel Carlos on Globo, in the role of Rafaela, daughter of Giovanna Antonelli’s character. In the same year, the actress made her film debut in “How long does love last?”.

She also made the soap opera “Morde & Assopra”, in 2011, when she played Tonica, daughter of Marcos Pasquim’s character.

In 2013, the girl Paulinha lived, daughter of one of the protagonists of “Amor à vida”, the doctor Paloma, played by Paolla Oliveira.

Klara Castanho also participated in the music reality show “Popstar”, on Globo, in the 2018 season.

His most recent work is the feature “Confessions of an Excluded Girl”, from 2021.

VIDEOS: All about São Paulo and region 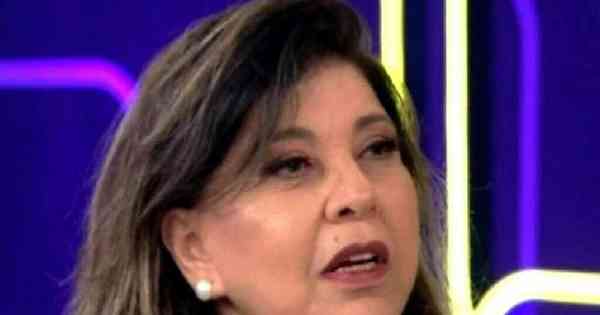