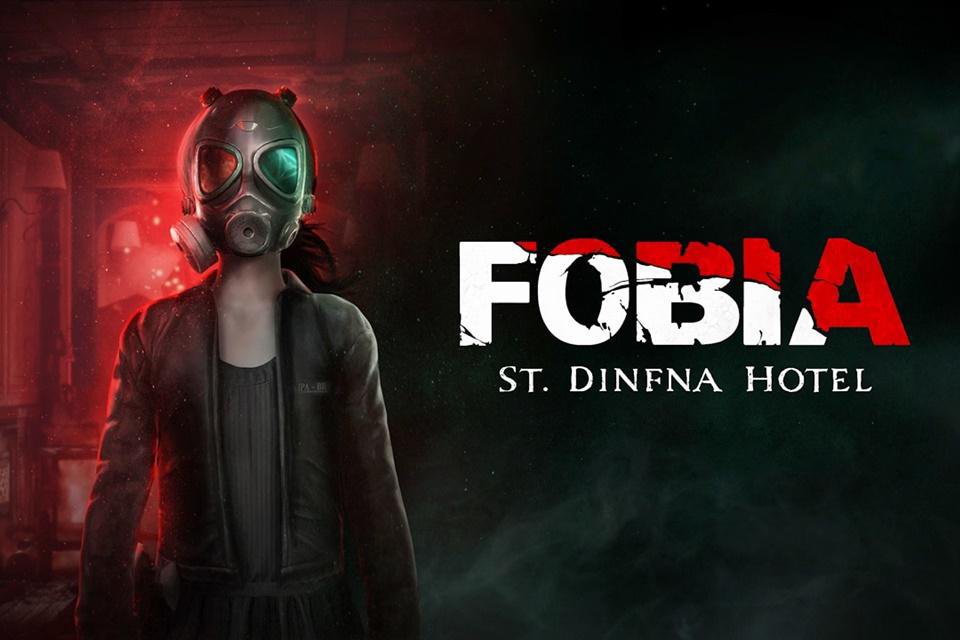 So, have you ever imagined what a game would be like that combined several elements of these classic survival horror games? Well, the Brazilian indie developer Pulsatrix Studios surely found a way to create this union in PHOBIA – St. Dinfna Hotela psychological horror title with lots of exploration and puzzles to solve.

But does this national horror title really live up to its inspirations? Check out our review to find out!

Check in whenever you want, but you will never leave

the plot of PHOBIA takes place in a small town in Santa Catarina called Treze Trilhas, a place plagued by several disappearances and mysterious events that lead Roberto Leite Lopes, a recently graduated journalist, to travel to the area in search of a big scoop to jumpstart his career.

However, after a week staying at the Hotel Santa Dinfna, the young man’s investigations are not bearing fruit, and all the rumors involving a famous investigator missing in the 1960s, a cult linked to a prophet named Christopher and visions of a well-known hotel apparition like Menina do Gás go nowhere, to the point that Roberto decides the best thing is to go home the next day.

Resigned to what he considers a waste of time, he decides to take a shower before going to bed, only to find a strange hole forming in his bathroom. Silent Hill 4: The Room.

After the strange event, the journalist regains consciousness in the room, finding him completely turned over and with a strange note explaining that he needs to use a special lens on his camera to connect with different realities.

When he manages to get out of the room, Roberto finally catches a glimpse of the famous Gas Girl, as well as discovering that Saint Dymphna is completely destroyed, with debris spilling through the hallways, small fires, malfunctioning elevators and worst of all, strange creatures scattered all over the place. corners and ready to end your life in the blink of an eye.

From there, the young man must find a way to get out of the hotel safely, facing brutal enemies, solving puzzles and gathering clues and information to unravel the mystery about the strange cult of Thirteen Paths and its role in the tragedy that befell him, everything. this while on the run from an extremely powerful humanoid monster reminiscent of scientist William Burkin’s transformed form. Resident Evil 2.

Without getting into spoilers, the plot of PHOBIA is really interesting, being presented little by little between the present and the past, revealing the web of the supernatural enigma that plagues the small town in Santa Catarina through beautiful and frightening scenarios, in addition to many moments of pure tension.

The level of exploration is really intense, with several full of safes, cabinets and drawers to be opened to get ammo, bandages and other items important to the story.

Furthermore, contrary to Resident Evil 3 Remake which disappointed many fans due to the lack of backtracking, there is no shortage of areas to be revisited here, so anyone who likes to check out every corner of the map will have a lot of fun in this game.

PHOBIA has several mechanics similar to the REsuch as the health bar, item combo system, tools needed to access certain areas, chests to store resources that are not used all the time, and an inventory that can be expanded by finding bags throughout gameplay.

as in resident Evil and silent Hillwhat is not lacking in the game are puzzles to be solved, some of which can only be solved with the special lens attached to Roberto’s camera, which is also used to reveal hidden entrances to some environments and secrets impossible to see with the naked eye.

The cool thing is that the title gives several tips on when this mechanic should be used, such as handprints, messages written on the walls and even oscillations in the rooms to show that it’s time to see the world from another perspective.

In addition, the protagonist will find several different weapons along the way to facilitate his fight against lethal creatures, such as a shotgun and a sub-machine gun, which, like the camera, can have improved characteristics in a menu as the player collects improvement items.

Even a five-star hotel has its complaints.

This psychological horror game gets it right in many ways, but it’s not without its little mistakes. One of the main points that bother is that the protagonist does not carry a map with him, being necessary to find the ones that are scattered around the scenario to visualize the layout of the rooms and floors.

This interferes a bit with the gameplay, after all, to get the necessary items to advance through the story it is often necessary to cross different environments on different floors, and the map would help a lot not to get lost in these moments.

Also, enemies can be a bit “bullet sponge”, leading to spending a lot of ammo in some parts to finish them off. However, this detail is easily overcome by acquiring improvements and making weapons more powerful.

The level of exploration can be the famous double-edged sword: for those who love to investigate everything, it’s certainly extremely fun; but those who prefer a more direct gameplay will probably have some problems with the amount of rooms and furniture to search.

But then, is it worth it?

If you are a fan of the first games in the franchise resident Evil and loves solving puzzles, you’re sure to be delighted with everything you PHOBIA – St. Dinfna Hotel has to offer.

Its negative points are not serious enough to hinder this terrifying journey, which has a well-crafted plot, beautiful graphics and many challenges to overcome. In addition, the gameplay is relatively short, great for those looking for something that can be beaten in a weekend.

Another very important detail is that even with a small team, the Pulsatrix Studios managed to create an extremely interesting world, and still with a great quality dubbing.

So, it’s definitely worth giving this mysterious adventure a chance, and honoring the incredible work and level of dedication that these national developers brought to the survival horror universe.

PHOBIA – St. Dinfna Hotel was kindly provided by Maximum Games for this analysis.

Raju has an exquisite taste. For him, video games are more than entertainment and he likes to discuss forms and art.
Previous check out the step by step to access the benefit
Next Capital gains 32 more clinical beds through SUS