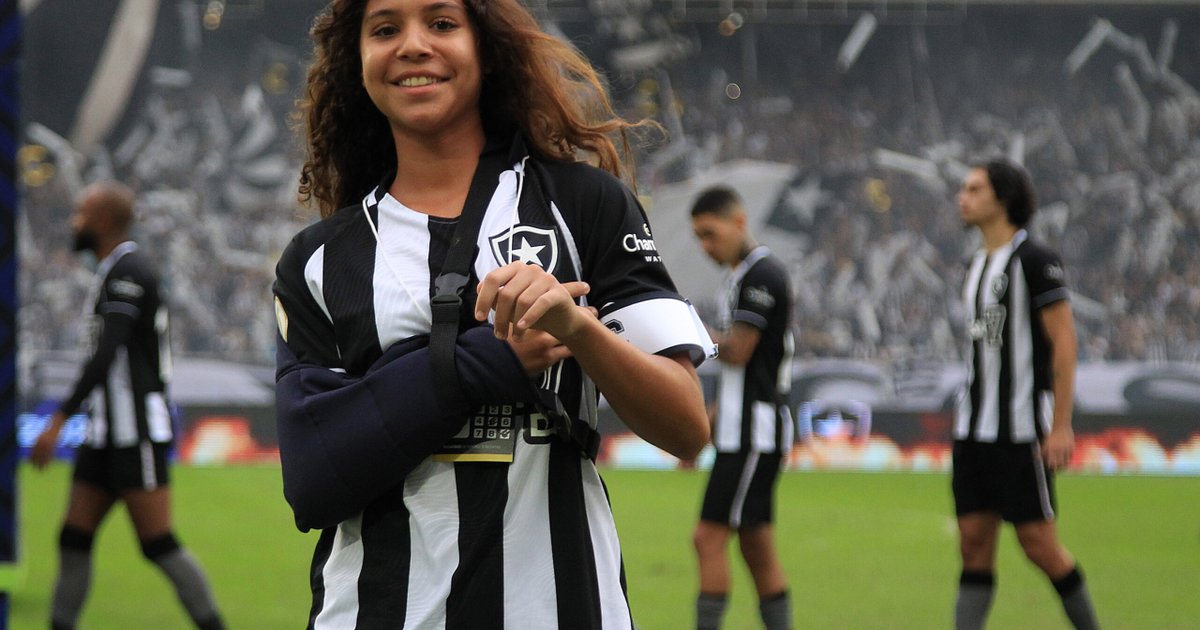 Renata Mendonça came out in defense of the base athlete of the Botafogo, Giovanna Waksmanwho was a victim of machismo last weekend during a game at Under-13 Metropolitan Championship. The player suffered offenses from fans present who were in the stands. During the ‘Redação Sportv’, on the morning of this Monday (27/6), angry with the situation, the journalist vented about the case.

– You are trying to fight for space for women in football and the girl is occupying a space that she conquered, and the ideal would be to have women’s teams. Due to the context in which we live where women are excluded from football, she has had to fight a lot for this space on the field and the parents of these other children speak these barbarities to her, they perpetuate this abominable prejudice. It’s desperate what this girl lives – said Renata.

Mendonça praised Botafogo’s action before yesterday’s match against Fluminense, for the Brasileirão, where Alvinegro put the young player on the field with the team in an action to raise awareness of sexism in football.

– What Botafogo did yesterday was cool, I think it’s important to give an answer to these parents, saying: ‘look, this is not how we’re going to fight anything. We need to show that this girl has conquered her space and she is here to share the spotlight with the guys’ – he added.

The video that was released by journalist Deborah Rocha, founder of the channel ‘O Que É Impedimento?’, shows that Giovanna Waksman has often been the victim of sexist insults in Botafogo’s games.

As there is no base female category, Giovanna plays for Botafogo’s under-13 men’s team. Despite the prejudice, the player has been one of the highlights of the club this season and many already see a promising future in the young woman.