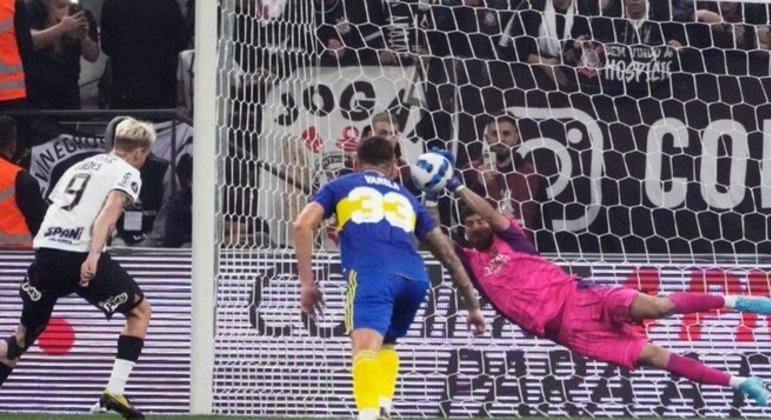 And one for making a Nazi gesture.

The first game of the round of 16 between Corinthians and Boca Juniors had all the ingredients, for better or worse, of Libertadores da América.

The 0-0 ended up being a bad result for Vítor Pereira’s team, who pressed for much of the game. But he didn’t get the victory, which would have been mandatory, in the crowded arena of Itaquera. The decisive match, which will guarantee the spot for the quarterfinals, will be on the 5th of July, at Bombonera.


William had an excellent performance. But he left with severe pain in his right shoulder. The concern is that he may be next Tuesday in Buenos Aires.


Fagner was also injured at halftime. And it also became doubt.


Among the more than 44,000 people at the Corinthians arena was Yuri Alberto. Player signed on loan from Zenit, on a one-year loan. Ivan and Gustavo Mantuan will perform in Russia.

The match was exactly as it was designed. Vítor Pereira was convinced that, regardless of the absences, he needed to beat Boca Junior, in Itaquera. It couldn’t take the decision to Bombonera, a melting pot that the Argentine club knows how to take full advantage of, in a Libertadores knockout match.


He advanced his improvised midfield, with Roni, Giuliano, Adson and Gustavo Mantuan. And the order was to force from the sides. Betting on the performance of veterans Fagner and Willian. Róger Guedes had the mission, which he doesn’t like, to float as the team’s forward striker.

The order was to play the ball quickly, involving, with the team attacking as a block. Enjoying the atmosphere created by the crowd in the crowded arena.

But Sebástian Battaglia’s team is much better than it was in the qualifying phase. Safer, less spaced, with its lines difficult to penetrate.

Izquierdoz and Rojo were safe, calm. The only one that suffered in the defense of Boca was the Peruvian Advíncula, with the sprints, the dribbles of Willian.

With two mobile lines posted in the middle, Boca still had great counterattacks, trained, behind the Corinthians sides.

The match was highly disputed, every centimeter of the midfielders was worth gold, which truncated the game. The emotion subsided.

When the first half was heading to the end. Came the great gift that Boca Juniors offered.

Rojo went to fight for the top with Gustavo Mantuan. Inexplicably, inside the penalty area, the defender decided to leave his arm, hit the Corinthians head with his elbow. Unbelievable penalty, which Chilean Roberto Tobar could not not score.

Róger Guedes took the ball and made a point of charging.

Even if you’re not an expert.

Which is the case of Rossi, who had already saved nine penalties in his career.

I would defend the tenth.

The Corinthians striker ran for the ball in the 43rd minute. He made it clear by his posture that the charge would be in the right corner. Rossi jumped in with conviction and saved the penalty.


The move touched the psychological side of the team. Frustrated the crowd. The Boca Juniors team noticed and advanced their marking. And had the best chance to score.

That’s when Raul Gustavo couldn’t get away and Benedetto hit a beautiful shot, first time. Cássio made a wonderful, cinematic save in the 47th minute.

At halftime, Vítor Pereira knew that Fagner would not be able to return for the second half. And he tried to improvise Bruno Méndez on the side. His team started to play with three defenders.

And there was no more physical strength for Corinthians to mark the Argentine ball out, as they did so well in the first half. The Argentines were already trying to slow down the pace of the game. Making the match less vibrant, but more tense. With the traditional catimba, provocations, pushing, questioning the Chilean referee in silly moves. The intention, achieved, was to unnerve the Corinthians.

That’s when it became clear that talent was lacking in the articulation of plays. Adson was very individualistic and Mantuan was hasty. William was the most dangerous of Corinthians fans. Inspired, he would go for dribbles, sprints, tables. But the Argentines’ free-kick relay unfortunately ended with a strong fall for the player, who landed on his right shoulder. He had to ask for a replacement and it is doubtful for Tuesday.

The only big opportunity came in the 20th minute, when the unlikely Rony invaded the area and rolled to Mantuan, free. Nervous, he knocked it out.

The bid was rare.


The second half was nervous, tense, with the Boca Juniors players helping the time to pass, blocking the result that mattered.

Corinthians missed a great chance to take the lead in this important and traditional duel.

The fight for survival in Libertadores will be at the worst stage.

At Bombonera, a stadium that Boca Juniors knows how to use… 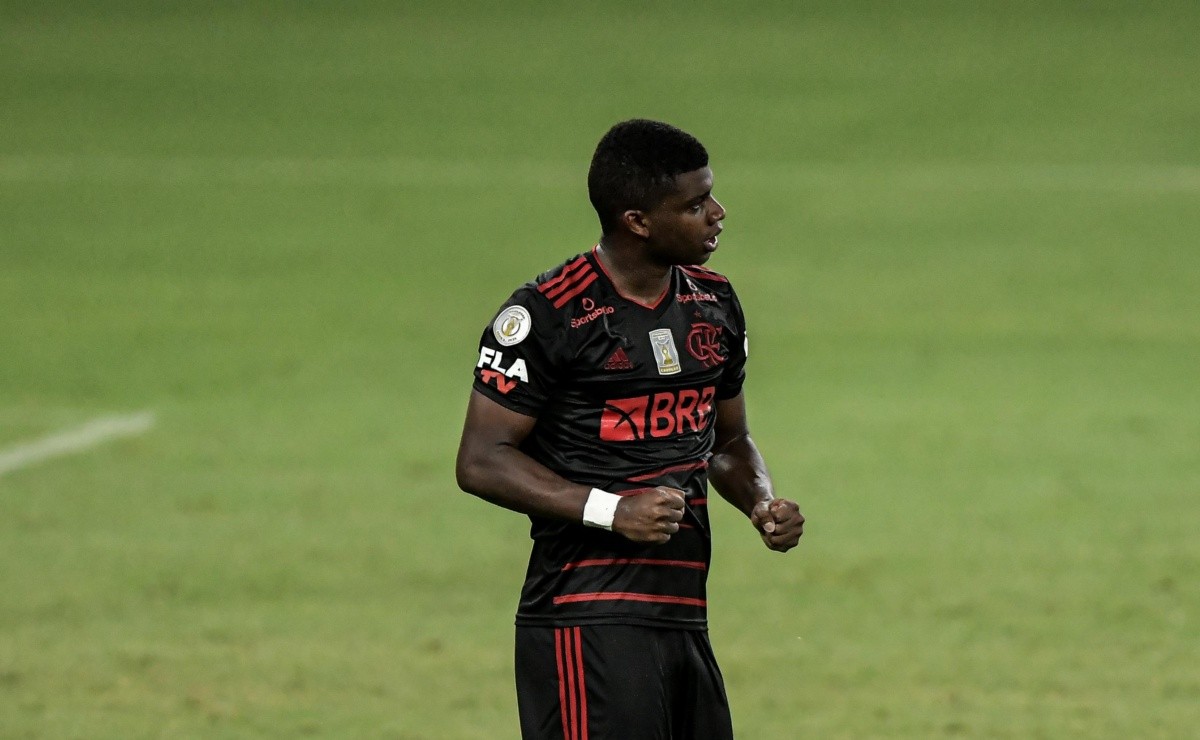 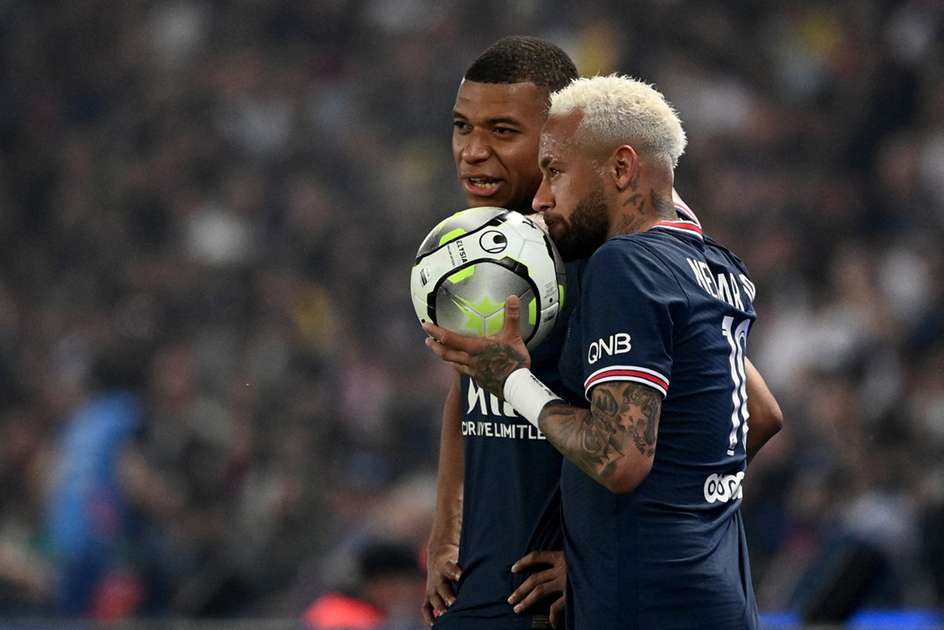 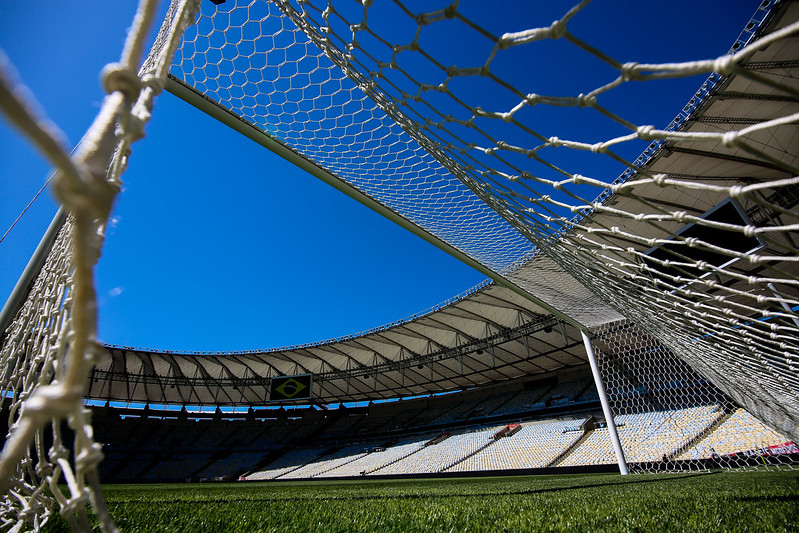 In an interview with the Charla Podcast, granted this Tuesday (16), TV Globo journalist Eric …