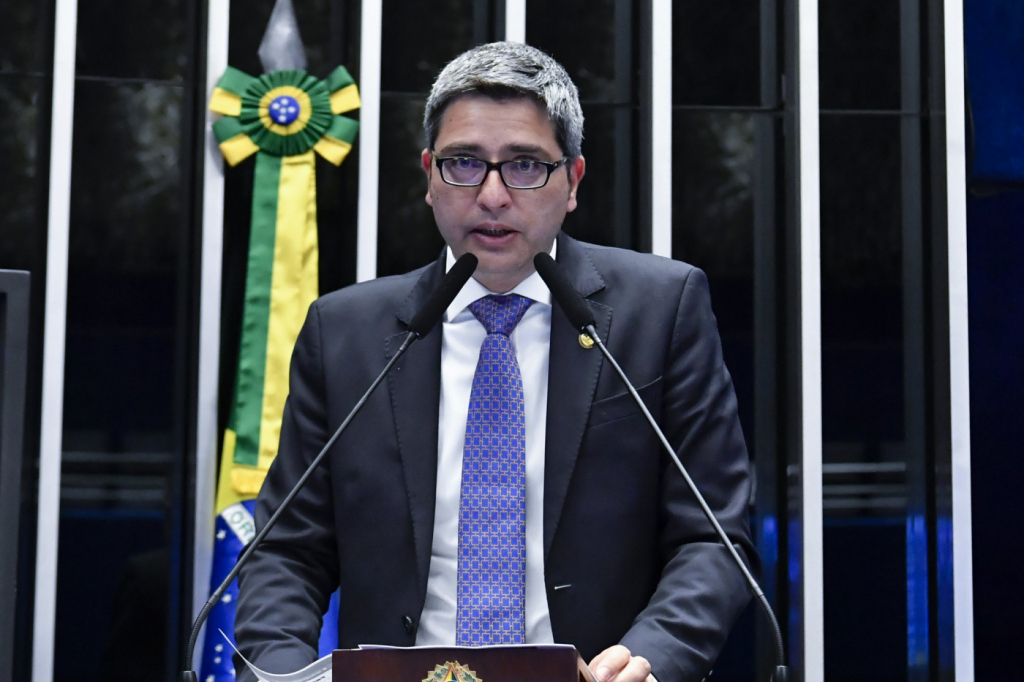 Abhishek Pratap June 29, 2022 News Comments Off on Government leader in the Senate says he will go to the STF if the MEC CPI is installed 6 Views

To Jovem Pan, Carlos Portinho (PL-RJ) says that he will file a lawsuit if the president of the House, Rodrigo Pacheco, does not respect the chronological order of the commission requests presented

The leader of the Bolsonaro government in the Senate, Carlos Portinho (PL-RJ), told the Young pan which will appeal to the Federal Supreme Court (STF) if the Parliamentary Commission of Inquiry (CPI) of the Ministry of Education (MEC) is installed. The parliamentarian says that there are other requests in the queue and that they are awaiting the deliberation of the president of the House, Rodrigo Pacheco (PSD-MG). Earlier, Portinho had already submitted a request in which he asked for respect for the chronological order for the installation of collegiate bodies. “If the Presidency treats senators unequally, who have the same status, and understands that there are the most privileged and the least privileged, resorting to the Judiciary is always a way,” Portinho told the report this Tuesday afternoon, 28 “I’m waiting for President Rodrigo Pacheco’s manifestation. I’m sure he knows that there is no class of senator and that no signature is worth more than another. We have two requests read and another three waiting to be read. If he wants to go through with it [CPI do MEC]you will have to install the five commissions respecting the chronological order”, he added.

As Jovem Pan showed, the government’s mobilization to try to postpone the installation of the CPI of the MEC, under the justification that other requirements are in the queue, should not prosper. To interlocutors, the president of the Senate promised to install the commission that intends to investigate whether there has been corruption in the Ministry of Education if the formal requirements – sufficient number of signatures, determined fact and available budget – are fulfilled. “The decision will be made solely and exclusively on the basis of technical criteria,” a person close to Pacheco told the report. “It is not possible to compare a CPI to investigate the circumstances that resulted in the arrest of a Minister of State [Milton Ribeiro, ex-ministro da Educação, foi preso pela Polícia Federal na quarta-feira, 22] with another to deal with unfinished works in Brazil. Unfinished works have existed in the country since the Portuguese arrived here”, jokes another Pacheco interlocutor.

Portinho refutes the assessment of the surroundings of Pacheco. “Corruption is corruption, there can be no selectivity. The most recent case, the MEC, is being investigated by the Federal Police, by the Federal Public Ministry. Who is investigating the two thousand unfinished works and the two billion reais that are flying around? Is that not relevant? Will we now have a selection of what is relevant? There is no first or second class senator”, says the government leader in the Senate. Senator Plínio Valério (PSDB-AM), who submitted a request for the creation of the CPI of NGOs in 2019, adopts a similar argument. “The chance of being run over once again [a CPI das ONGs]which I do not want to believe, given the sense of justice and legal knowledge of President Pacheco, would bring the painful impression that there are senators more important than others, which would be deeply negative for the Brazilian Parliament”, wrote the toucan in his profile on twitter.