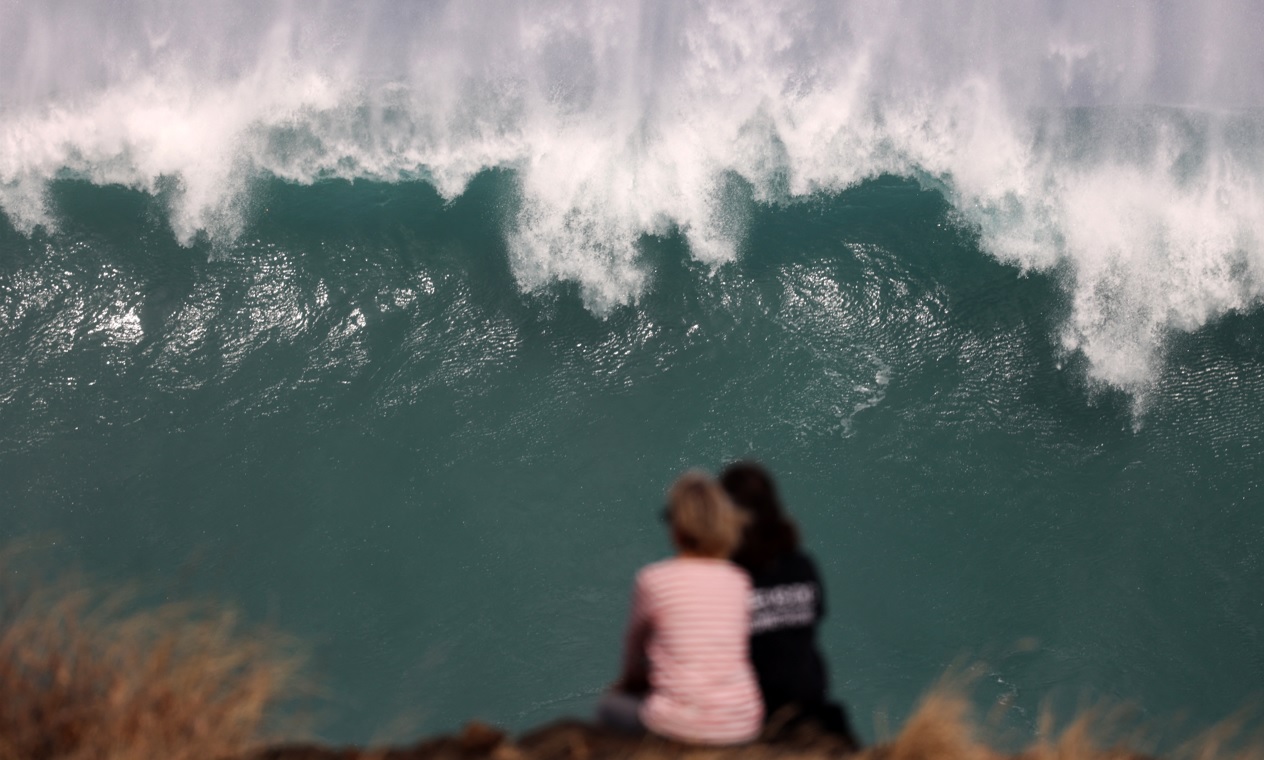 Residents watch the waves in Saint-Leu, in the south of the French island of Réunion, in the Indian Ocean, this Wednesday | RICHARD BOUHET/AFP/METSUL METEOROLOGY

Huge waves hit Reunion Island, a French overseas island department located in the Indian Ocean, on Wednesday. The waves of great height reached the edge and generated spectacular images when they collided with the rocks. Curious island residents went to the edge of the beach to watch the huge waves that were accompanied by the warning of the local authorities of rough seas with the arrival of a swell.

The large waves that hit Réunion today followed a large swell that was projected by numerical models to the Indian Ocean as a result of a large extratropical cyclone located further south of the ocean between Africa and Oceania. The wave models projected great heights, which turned out to be confirmed.

Reunion, which suffers from tropical cyclones, is used to big waves on its coast. Huge waves hit the island and the coasts of Indonesia in an episode in 2007 with the swell generated by the same storm that occurred south of Cape Town, South Africa. The large waves generated by the cyclone’s wind track spread across the entire Indian Ocean in an area estimated at more than 10,000 kilometers over a nine-day period.

Waves of up to 11 meters devastated Réunion as the sea surged into the southern port of Saint Pierre on May 12, 2007.. Six days later, waves created by the same storm of up to seven meters began to crash along Indonesia’s coasts from Sumatra to Bali, killing at least one person and causing around 1,200 people to flee their homes.

Bertrand Chapron of IFREMER, the French Research Institute for the Exploration of the Sea, and Dr. Fabrice Collard of BOOST Technologies of France in Brest located and tracked the swells using standard processed ESA Wave Mode Synthetic Aperture Radar (SAR) products. “The extreme ripple systems originated from the same storm, which moved quickly and had two main periods of high winds,” Chapron said. “The resulting waves were organized into two main swell systems that followed across the Indian Ocean, hitting Reunion Island, Mauritius, Australia and Indonesia,” he said.

Reunion is also a famous surfing spot. The best surf spots are between Le Port and Saint-Pierre, on the west coast of the island. Réunion’s most famous surf spot is definitely Saint-Leu. It so happens that the island is no longer attractive to surfers due to the large number of sharks.

No one really knows why the sharks arrived on the island in such numbers and so quickly. One theory is that it started with the creation of a marine reserve on the west coast in 2007 along a prime surf spot. More sharks attracted by more fish.

Others attribute the increase in numbers to a 1999 ban on the sale of shark meat, which resulted in the end of shark fishing. World Surf League surfer Jeremy Flores, who hails from Reunion Island, blames the decision to declare a nearby marine reserve along with the ban on traditional local fishing practices.