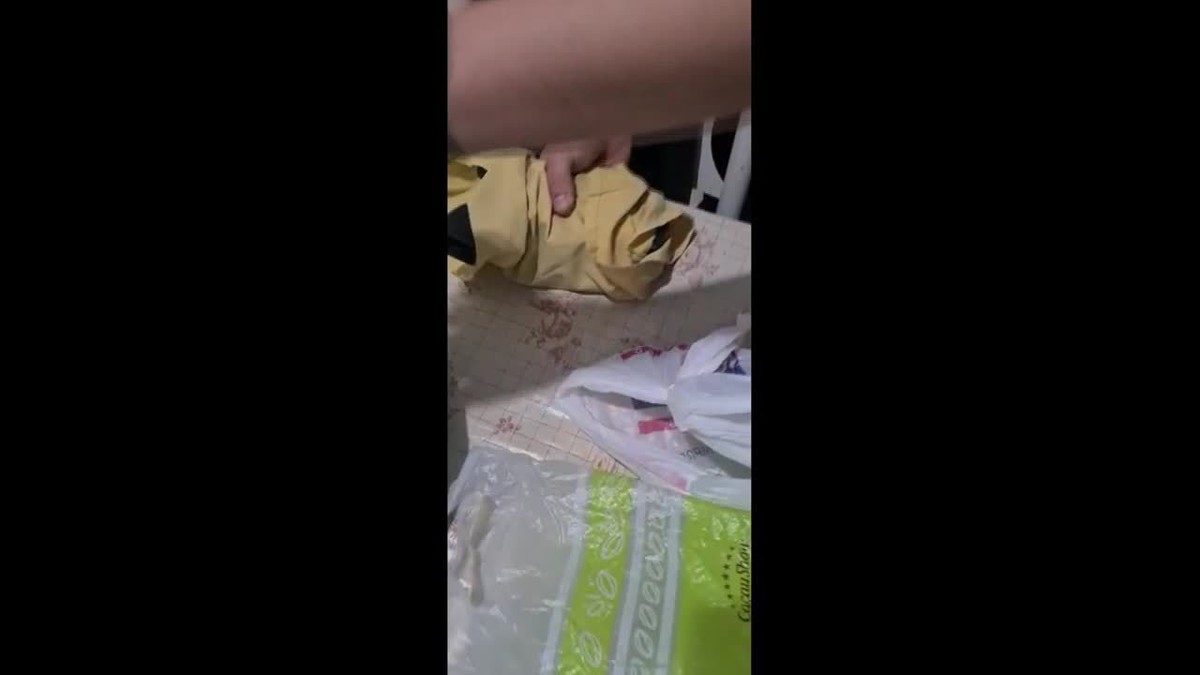 After arresting the young man investigated for killing his father-in-law in a pharmacy in Goiânia, the Civil Police found the weapon and car used in the crime by Felipe Gabriel Jardim, 26. Video shows the moment in which the 9mm pistol is found hidden inside boxes in the corner of the kitchen of the house where the man was hiding, in Conjunto Riviera.

The crime took place on Monday (27), at the pharmacy where João do Rosário Leão, 63, was a partner, in Setor Bueno, and Felipe was arrested on Wednesday night (29). According to delegate Rhaniel Almeida, when he was handcuffed by the police at the house of relatives, the young man immediately pointed out where the pistol was.

“It was in a corner of the kitchen, in typical market boxes, so we took the key to the Fiat Palio and went to the police station. We didn’t do any other type of sweeping in the house besides the murder weapon and the vehicle”, explained Rhaniel.

A video recorded by the agents shows the moment the pistol is found and seized. In the images, it is possible to see that the weapon was wrapped in a cloth, inside bags and under shoes that were in one of the boxes stacked in the corner of the kitchen.

With the seizure of the weapon, the expertise and comparison with the other ammunition collected will be carried out.

“When he shot the victim’s house, a firearm projectile was lodged in the ceiling. We asked for it to be extracted and we will compare it with the capsules we found in the pharmacy and with capsules that Yanka herself managed to recover”, pointed out the delegate. .

The suspect, according to the delegate, is that this is the weapon that the young man has registered in his name.

Also according to the police, the presence of the car in the backyard of the house was decisive for the agents to be able to locate the young man, after looking for him at more than 30 addresses.

“When we arrived at the house and saw the white Fiat Palio in the backyard, we were sure it was there and we made the entrance”, narrated Rhaniel.

Investigated weapon was hidden inside stacked boxes in the corner of the kitchen at home in Goiânia – Photo: Disclosure / Civil Police

As Felipe has the registration as a sports shooter, he had a pistol in his name. However, he had no possession of a weapon. Thus, he could only carry the weapon in specific situations, such as shooting ranges or sports competitions.

“We knew, however, that he used this weapon frequently, pulling it out in arguments with his girlfriend, in traffic fights,” said Chief of Police Rhaniel Almeida.

He goes to the old man, who is sitting behind the counter, and shoots him several times. The victim falls to the ground and tries to protect himself. The boy approaches him and fires more shots. Then he runs away.

After the investigated was located and taken to the police station, the victim’s daughters, Kênnia Bianka and Kênnia Yanka, thanked him for the man’s arrest.