Abhishek Pratap July 1, 2022 Sports Comments Off on Fortaleza suffers draw from Estudiantes and gets complicated in Libertadores 4 Views

Fortaleza took the lead, but conceded the draw by 1 to 1 to Estudiantes (ARG) in the first leg of the knockout stage of the round of 16 of the Libertadores, tonight (30), at Arena Castelão, in Ceará, and it was difficult to win the classification in the return game, which will be played in Argentina. Sílvio Romero and Leandro Díaz scored the goals of the game.

The teams will face each other again for the competition next Thursday (7), at 21:30, at the Jorge Luis Hirshi stadium, in Buenos Aires.

The midfielder Fernando Zuqui, from Estudiantes, was the personification of multifunctionality. He didn’t hit as many passes, but he knew how to lift the ball inside the area on several occasions and come down to help in the defense, further increasing the efficiency of the five defenders’ line.

It was bad: Capixaba misses almost everything

Juninho Capixaba, from Fortaleza, got almost everything wrong. He held the ball, tried to dig a free-kick and failed defensively on several opportunities at left-back. Visibly unfocused, he was the first to receive a card in the game.

Fortaleza had difficulty positioning itself on the field and at times did not know how to get the ball out. He left open spaces mainly on the sides, almost didn’t win aerial balls and only managed to fit the plays from the end of the first stage forward, when he found spaces and started to respond to the rival’s attacks.

First goal in a round of 16

Silvio Romero had a goal disallowed in the first half, but that didn’t stop him from going down in club history. He scored Fortaleza’s first goal in a Libertadores round of 16 match. At 9′ of the second half, Juninho Capixaba played for the striker who hit the goal. The ball deflected on Noguera and only stopped inside the goal.

The Argentinian team left very few spaces for Fortaleza’s attack and knew how to take advantage of Leão do Pici’s technical deficiency, exhaustively exploring the aerial ball launches to find Boselli inside the area that he just didn’t put inside in some opportunities due to lack of aim. .

An exaggeration in the back

The Argentine team entered the field with a defensive line formed by five defenders. Godoy, Rogel, Lollo, Noguera and Más were effective in some plays, but they made it clear that quantity is not everything and failed in several Fortaleza arrivals.

Striker Leandro Díaz, from Estudiantes, came on in the 15th minute of the second half in place of midfielder Manuel Castro and two minutes later scored the goal that left everything even in the Castelão Arena.

Fortaleza’s new reinforcement, attacking midfielder Thiago Galhardo accompanied the match from the Castelão Arena box. He was officially presented by the club to the fans before the match and there is still no prediction for his debut by Leão do Pici.

Tricolor de Aço was the first to be in danger with a goal ruled out by Sílvio Romero in the 24th minute. At 40, the team pressured again and almost opened the scoring with defender Landázuri after a corner kick. The return to the second half started lively, with Fortaleza opening the scoring with just 9′ minutes into the game, but the team couldn’t hold back and conceded the equalizer in the 17th minute, with Leandro Diáz.

Fortaleza returns to the field to face Coritiba, for the 15th round of the Brasileirão, next Sunday (3), at 18h. Estudiantes, on the other hand, takes on Arsenal de Sarandi, for the first stage of the Argentine Championship, on Monday (4), at 17h.

Food maven. Unapologetic travel fanatic. MCU's fan. Infuriatingly humble creator. Award-winning pop culture ninja.
Previous Leonardo’s son exposes who Eduardo Costa is and what he did in a small room
Next check out what the stars reveal for this Thursday (30/6) 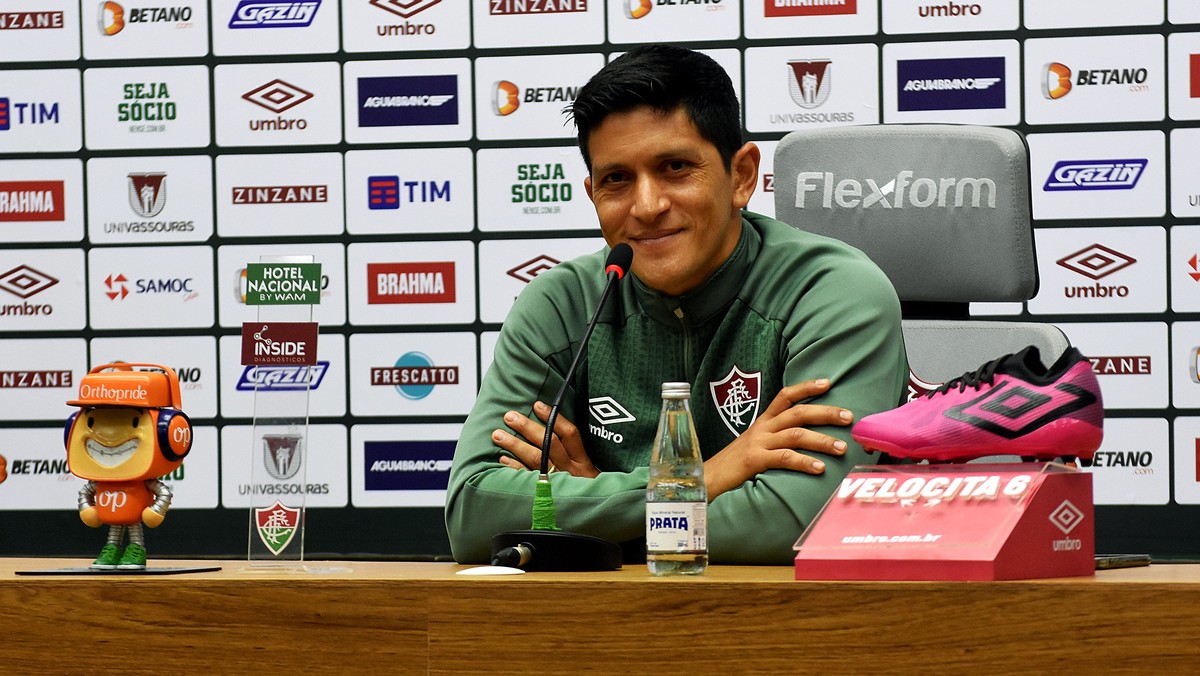